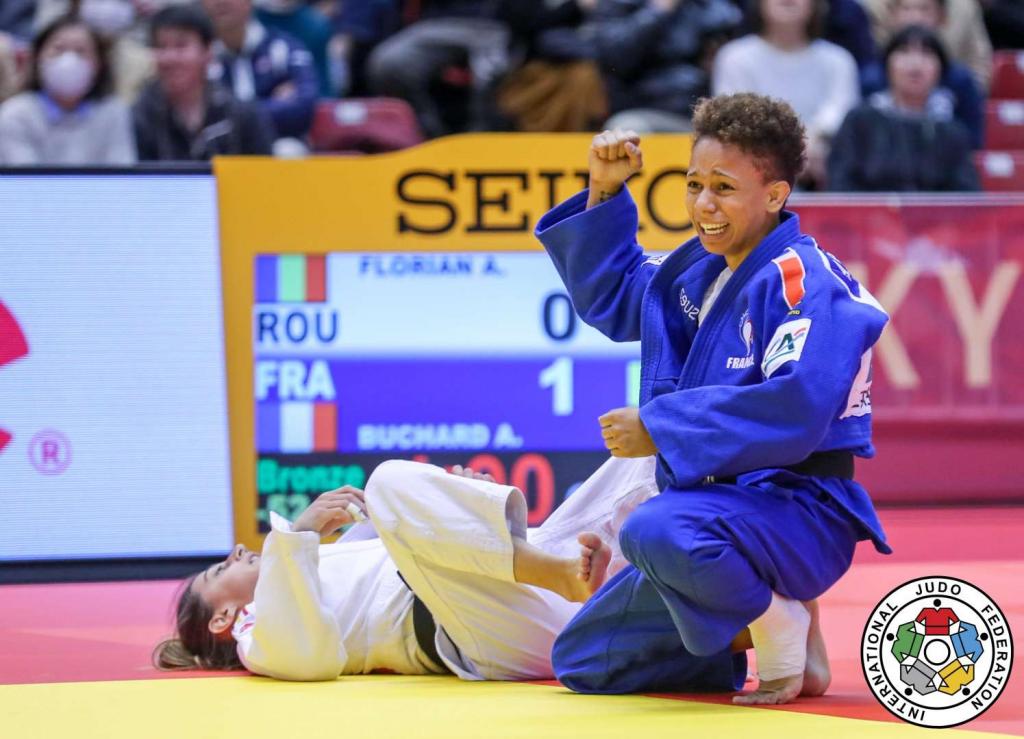 It is only three months since the Japanese team took a total of seven gold medals at the World Judo Championships in Budapest. On Saturday they took all seven gold medals on the opening day of the Tokyo Grand Slam. For some people it was a bit of a disappointment that one nation should so completely dominate such a high level competition. But such is the depth of Japanese judo that the Tokyo Grand Slam has always been a difficult tournament to win and, if truth be told, it was a great day for the thousands of fans at the Tokyo Metropolitan Gymnasium who paid to watch their heroes. From the spectator point of view the Tokyo Grand Slam offered up plenty of attacking entertainment. World champions TAKATO Naohisa (JPN) -60kg, and ABE Hifumi (JPN) -66kg met expectations in taking gold medals, whilst HASHIMOTO Soichi (JPN) -73kg had to settle for a bronze medal after being defeated in the semi final by eventual gold medallist TATSUKAWA Arata (JPN). The return of Olympic gold medallist ONO Shohei (JPN) in the -73kg category lasted only one round as the crowd favourite bowed out after his first round win citing an injury. World champions TONAKI Funa (JPN) -48kg, and SHISHIME Ai (JPN) -52kg both lost to Japanese opponents (Tonaki to KONDO Ami, Shishime to ABE Uta) each of whom went on to win their respective weight categories. There was an impressive gold medal success for YOSHIDA Tsukasa (JPN) in the -57kg where all four medals went to the hosts, whilst in the -63kg TASHIRO Miku (JPN) won gold and in the process may have secured her selection for the world championships in Baku next year.

Only Tina TRISTENJAK (SLO) and Amandine BUCHARD (FRA) were able to win a medal for Europa. The current Olympic Champion from Slovenia lost in the semi final against TASHIRO Miku (JPN). For bronze she beat DOI Masako (JPN by three shidos. Amandine Buchard also got bronze. She lost against the current World Champion ABE Uta in the semi final. In the fight for bronze she defeated Alexandra-Larisa FLORIAN by one waza ari.