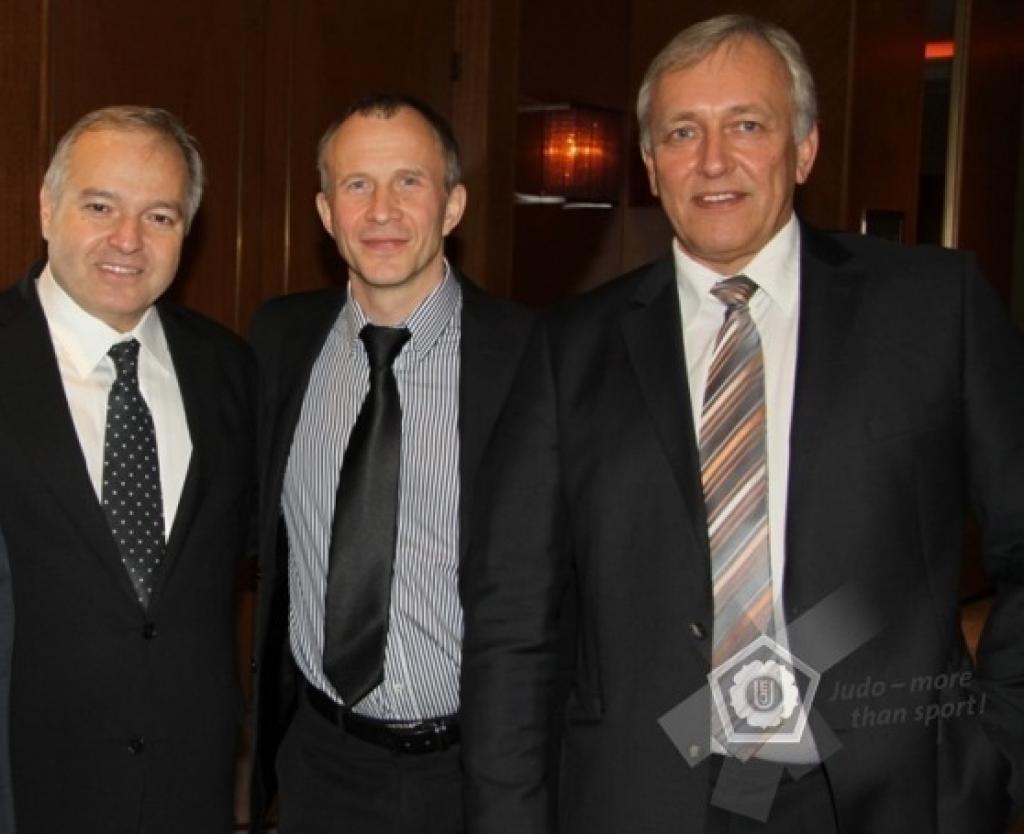 The advisory board of the European Judo Union was changed at the EJU Congress. The board advises the directing committee and executive bureau in important matters. From various fields of expertise advisors are added. Mark Lutz (EST) was already in the board as well as Eduard Doandes (ROU). Dr. Hans-Paul Kutschera was elected as vice President Marketing, so the board was added with four new members.

In the picture: Otto Kneitinger (r) accompanied of his successor Kutschea (L) and President SOloveychik (M).

Due to the new statutes Otto Kneitinger couldn’t be candidate anymore as Directing Committee members cannot be of the same country. Otto Kneitinger, who was vice president Marketing, served the EJU in two periods successfully and was therefore invited at the advisory board due to his excellent work over the past years so that further cooperation is possible in his field of expertise.

Also invited for the board was Ezio Gamba (ITA), Russia’s general manager, the supervisor, who was so successful at the Olympic Games on behalf of the Russian Judo Federation claiming three gold medals, one silver and bronze with the Russian men’s team. Ezio Gamba was already one of the driving forces as coordinator of the coaches commission and will be a warm welcome of the advisory board.

Mikhail Cherkasov (RUS) is vice president of the Russian Judo Federation and for years one of the appreciated partners of the European Judo Union with the International Judo Fund. He is well connected in Russia and a respected businessman. His views will be welcome in the advisory board for the EJU President Sergey Soloveychik.

The full president’s advisory board can be found here