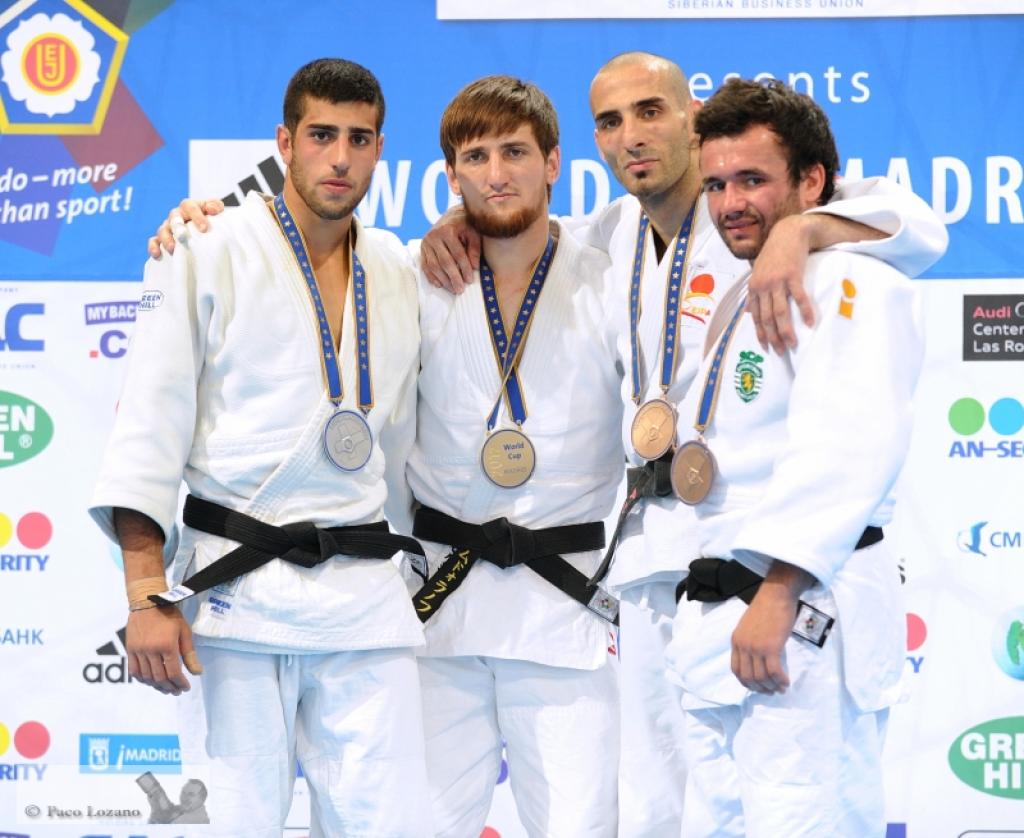 At the adidas World Cup in Madrid the Russian team have won four gold medals. The strong team was appearing with six members resulting in four gold and bronze for Ivan Nifontov U81kg.

It was Arsen Galstyan who claimed the title U60kg. It was only his second World Cup win, this year he won the IJF Masters in Almaty. Since his European title in 2009 in Tblisi Almaty was his first international price since 3 years, now he confirmed in Madrid his shape for the Olympic Games. In the final he defeated 20-year old Israelian talent Artiom Arshansky. Earlier this year he lost the final in Tbilisi’s World Cup. Galstyan won four matches for his gold medal claim.

U66kg it was Musa Mogushkov to take the gold medal. Alim Gadanov won the European title, Muslimov was member of the silver Russian European team in Chelyabinsk and now won the adidas world cup. Again an Israelian fighter in the final, for Israel it is a good weekend. Golan Pollack is one of the most skilled athletes in Israel but not a tricked as Mogushkov who celebrated his previous victory one year ago in Rio. However the bronze medal at the World Championships in Paris counts.
Javier Delgado won a first medal for Spain taking bronze U66kg.
However it was Javier Ramirez to take the first gold medal for Spain.

Adrian Nacimiento took Spain’s second gold medal. In his class U81kg he dominated and defeated Matteo Marconcini from Italy in the final, both 22 years. Marconcini beat Quentin Joubert in the semi final. Nacimiento was victorious over Ivan Nifontov, one of the top fighters in Russia and 2009 World Champion. Tom Davis won a bronze medal for Great Britain.

In the division U90kg it was a French final between Ludovic Gobert and Nicolas Brisson. It was the oldest final, Gobert 27 years, Brisson 30 years. Nikola Nikolic won a medal for Serbia, another strong fighter for Serbia where is a lot of competition in this category. Vadym Synyavsky won the first medal for the Ukraine.

A great final U100kg between Tagir Khaibulaev, the world champion and the former double junior world champ Lukas Krpalek. It could potentially be the Olympic final; good level. But for Olympic gold there are many candidates. Khaibulaev, now 27 was happy to win four opponents, his first match against strong Italian talent Domenico di Guida. Krpalek defeated two Dutch opponents and Clement Delvert of France to reach the final.

European Champion Alexander Mikhailin completed the Russian party in the capital of Spain. The tall Russian was the oldest winner of the weekend and oldest winner of a World Cup this year aged 32. Mikhailin is 9 days older than Ole Bischof who won the Tournoi de Paris in the beginning this year.

Mikhailin defeated Stanislav Bondarenko of the Ukraine. Jean-Sebastian Boinvoisin (FRA) won bronze as well as Or Sason of Israel who completed the Israelian success of this weekend in both men and women’s events.
Russia won the medal balance with four gold and one bronze, followed by Spain with two gold medals. France won five medals and gold U90kg, Israel four medals.