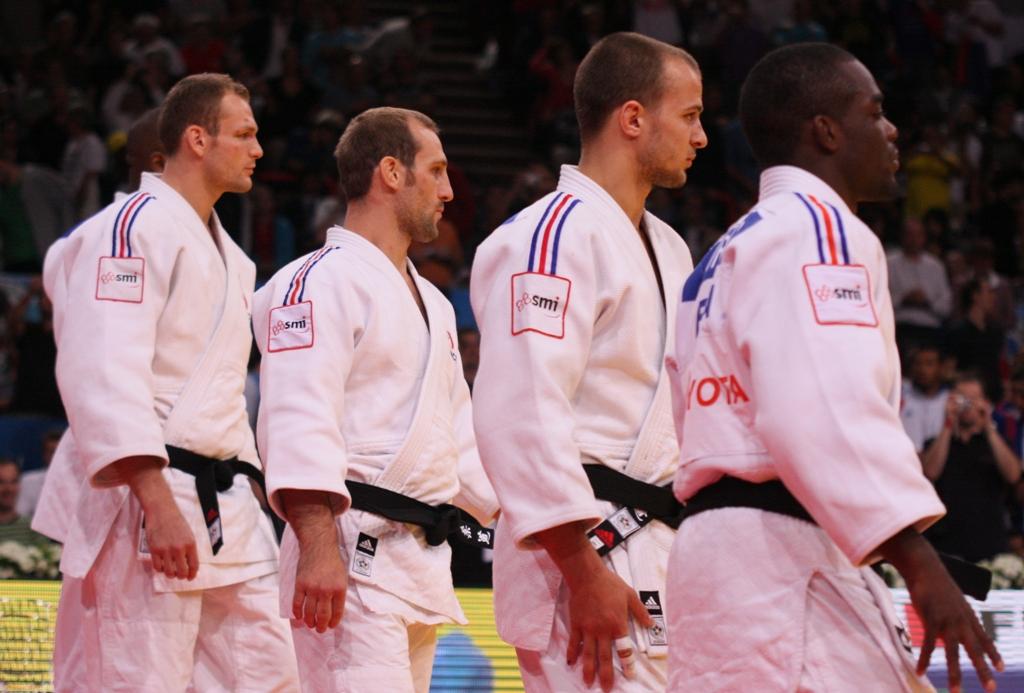 France and hosts Britain come to the fore on day one of the GB World Cup as they finished first and second in the medal table respectively.

Three categories took place on Saturday as the -60kg, -66kg and -73kg judoka took to the tatami.

France’s David Larose, a former junior world champion, outclassed the -60kg field as he marched to the gold by winning all five contests by ippon.

In the -73kg category Larose’s teammate Jordan Amoros picked up a credible fifth-place to see the star-studded French team top the medal table after the first day of competition.

Leading the way for Britain was -60kg star Ashley McKenzie, the crowd favourite and reigning European u23 Champion, who delighted the home support with a string of rousing displays.

The charismatic Londoner stole the show as he surged to success by putting on an exhibition of world class judo before his captivated compatriots. McKenzie, 21, inspired a cauldron of patriotic hope in the atmospheric venue as he opened his campaign with an emphatic ippon victory over German Robert Kopiske after a first round bye.

Nicholas Kossor from the USA was unceremoniously dispatched in the same manner, as McKenzie pumped his fists and lapped up the reaction of the well-populated crowd.

The Briton sealed a place in the final after edging Frenchman Issam Nour by a waza-ari score in a thrilling contest.

In a nervy final the McKenzie moved in front by throwing for a waza-ari at the half way point. The score proved enough and as the contest concluded the Echo Arena Liverpool erupted to celebrate McKenzie’s first ever medal at the GB World Cup.

After the contest the Brit said: “The crowd was so behind it me, they were great.

“I feel really positive, everything I do is towards the Olympic Games, I got gold today and that’s all I can ask of myself. It’s my first GB World Cup medal and it’s great to get a big win it at home.”

Rising compatriot Lewis Keeble, 20, who took silver at the British Open (London European Cup) in May, again showcased his exciting talent as he battled his way to the bronze medal final.

The popular youngster, who defeated the talented German Sebastian Seidl to fight for bronze, pushed Jasper Lefevere to the distance as he narrowly lost out to a waza-ari. The spirited display saw the Briton take fifth-place, a very encouraging result for the youngster who continues to make great strides on the senior stage.

In the opening ceremony British Judo Chairman and EJU Head Sports Director Densign White said: “I welcome everyone to the event and to Liverpool. All of the international judoka are still trying to qualify for the London 2012 Olympic Games and the GB World Cup is an important event on the annual calendar.

“We’ve seen athletes representing every continent in action and I thank all the competitors, staff, volunteers and fans for playing their part in this first class event.”

Also among the array of luminaries in attendance was Britain’s own legendary 10th Dan George Kerr.

The hugely-respected Scot said: “The venue is excellent, it’s gone very well, Britain’s Ashley McKenzie did very well indeed and the atmosphere has been tremendous.

“Great Britain always puts on a good World Cup event, there’s over 20 worldwide and for me it certainly ranks amongst the top five in my opinion.”

Nick Delpopolo won the U73kg category, his first ever World Cup win at European ground. Previously in 2010 he won the PJA World Cups in Isla Margarita and San Salvador. Today he defeated Emmanuel Emmanuel Kojo of Ghana in the final. For the US it’s the fifth World Cup win, three for the men, two for Travis Stevens. Two women won this year in Miami.
Nartey won his first ever World Cup medal for his country on European ground. He is the only judoka ever who won World Cup medals.