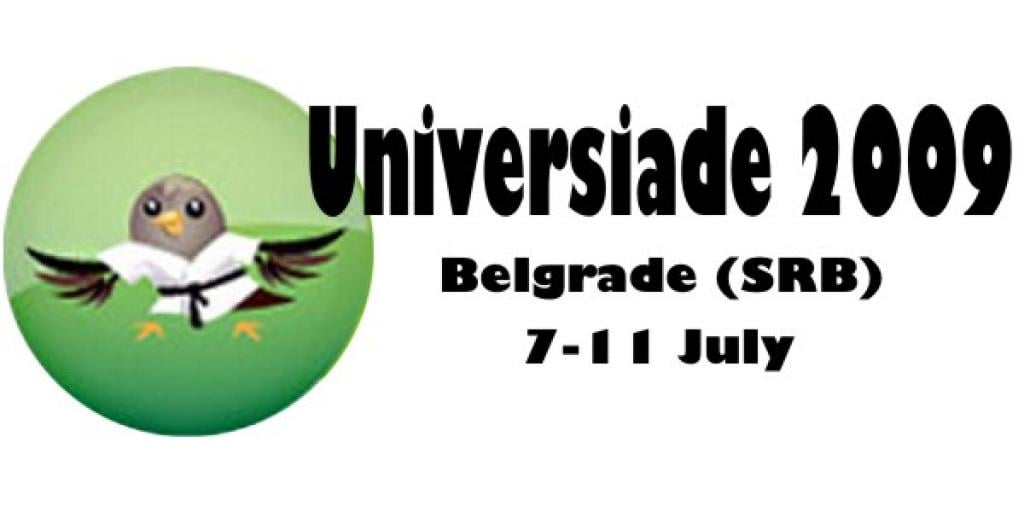 Japan is the best performing country with three gold medals at the 2009 Universiade In Belgrade (SER). France and The Netherlands both ended up with two gold medals.

On Tuesday three out of four gold medals at the Universiade were won by European fighters. Cyrille Maret (FRA) won the U100kg category and improved his position at the Mediterranean Games in Pescara last weekend where he finished second.
The O100kg category title was won by Luuk Verbij who also won at the EJU Continental Cup in Celje. Verbij defeated Daiki Kamikawa who beat Hungarian favourite Barna Bor.
In the women U78kg category Géraldine Mentouopou (FRA) beat Jeong Geong-Mi (KOR) in the final. Mentouopou is the current European U23 Champion. She won four matches in Belgrade.
The women’s plus class was won by QIN Qian (CHN).

In the women’s categories U63 and U70kg both finals were completely Asian. Wang Chin-Fang from Taipeh beat Miki Tanaka (JPN). Yoriko Kunihara (JPN), the winner of the IJF Grand Slam in Moscow beat Purevjargal Lkamdegd from Mongolia.

On Thursday An interesting line up in the U73kg weightclass. World Champion Wang Ki-Chun (KOR) faced Attila Ungvari (HUN) in the final of the Universiade. Wang beat Ungvari by waza-ari.

In the women U52 category a complete European final between Delphine Delsalle (FRA) and Laura Gomez (ESP). Gomez won the first gold medal for Spain since 1998 when Ernesto Perez became champion.

On the last day on Friday former number one of the IJF World Ranking Jeroen Mooren (NED) won the tournament U60kg. Mooren beat Bakhytzhan Turebekov (KAZ) in Serbia by ippon.

Abdullo Tangriev topscorer
Topscorer in terms of FISU championships medals is Abdullo Tangriev from Uzbekistan. He’s the only one with four medals.
If we also take the University World Championships in account Tangriev won three University titles. In that case he has to share this position with Masatoshi Shinomaki (JPN) and Yong-Woo Kwon (KOR)