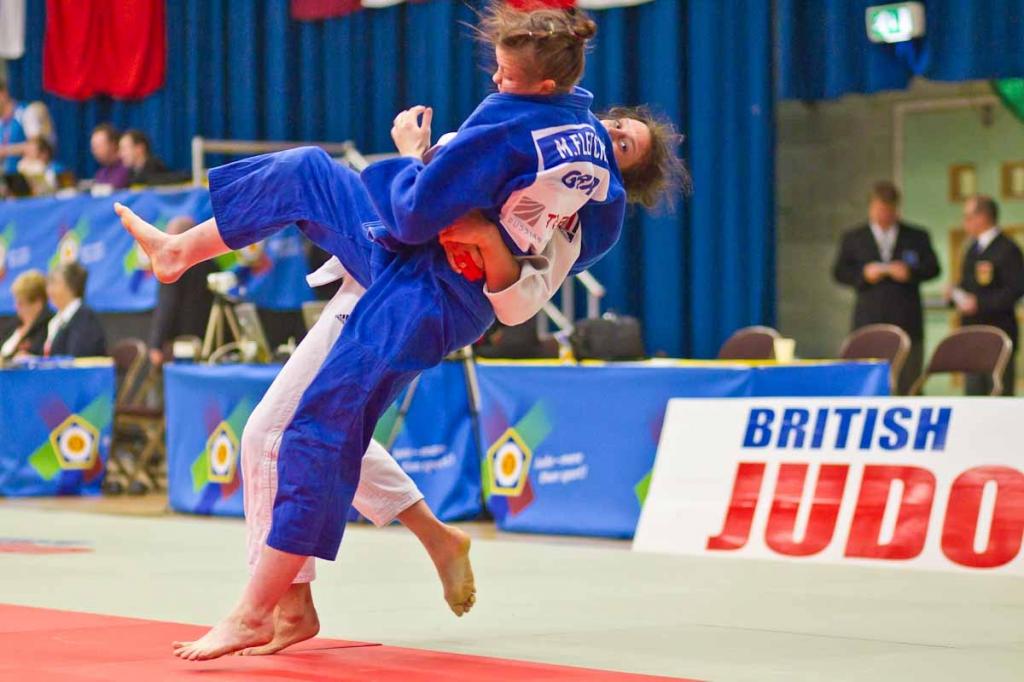 France topped the medal table on day one of the London British Open, a senior European Cup event, at K2 Crawley.

The high-flying French team captured eight medals to finish ahead of Spain and hosts Great Britain in the medal table.

Hosts Great Britain won four medals to finish third in the medal table. An all-British -66kg final captured the imagination of the crowd as their willed on their compatriots.

Nathon Burns, a British Open silver medallist in 2008 and 2010, finally achieved his long-awaited gold medal as he defeated Lewis Keeble.

After winning his first British Open crown 22-year-old Burns said: ”It’s great to finally win the gold having picked up silver medals here in 2008 and 2010.

“I had some tough contests and the Frenchman (Sofiane Milous) was very strong in the semi-final,” said the judoka, on what was arguably the most thrilling contest of the day.

“I’ve recently moved up to -66kg so this is a very important result for me.”

Runner-up Keeble, 20, said: “I’m delighted with getting a medal, my goal was to come in and put everything together I’m been training on and I knew it would be a big test for me.

“This is only my third senior European Cup event so at this stage a silver medal is a great result for me as I concentrate on making the step up to senior competition.

“I was particularly pleased with my win in the semi-final (against Clement Czukiewycz) because I’ve trained with him and know how good a competitor he is.”

The U60kg category was won by Sergio Pessoa (CAN) in the final against Alexander Lundqvist (SWE). Two dutchmen took bronze, Marciano Lantinga and Mikos Salminen.

After capturing the bronze medal Faith, who defeated compatriot Kate Walker, said: “I’m pleased with bronze, it’s not what my goal was coming in but I put in some pleasing performances to come out with a medal.

“Again there’s a good standard of competition and it’s great to be able to compete at such an event in front of a home crowd who were fantastic all day long. They really made a difference for the British fighters, they spurred me on and I really appreciate their support.”