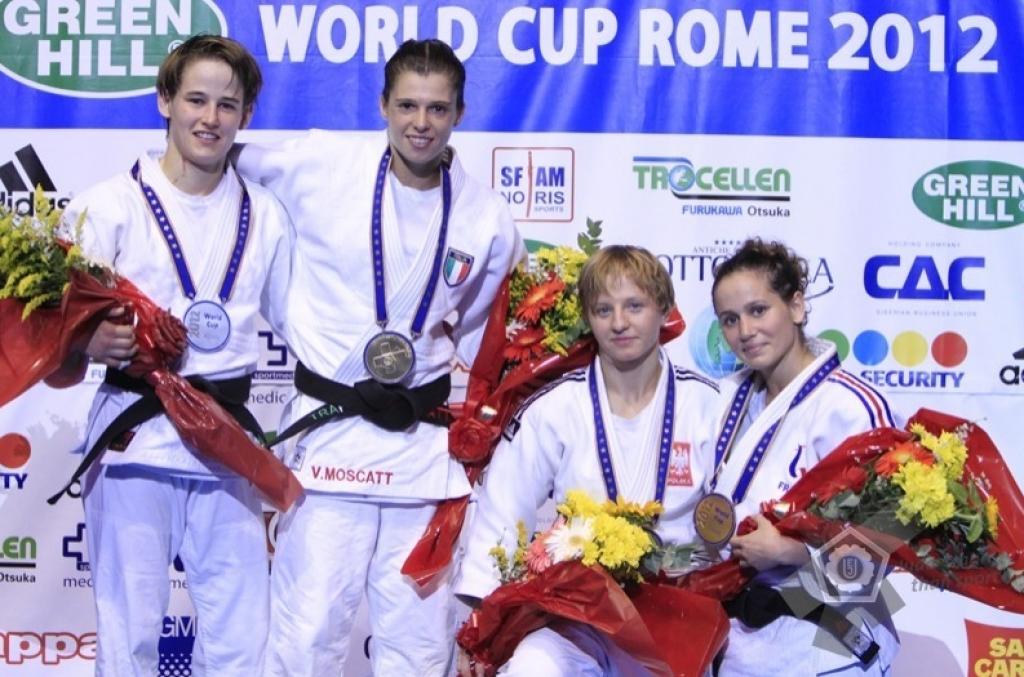 France won 10 medals during the first day of the Green Hill World Cup in Ostia near Rome and takes the first place of the medal list.

Three first places, with French Helene Receveaux (U57), Dimitri Dragin (U66) and Florent Urani (73) for France. The French also claimed four silver medals and three bronze. The second place in the ranking after day one was for Italy, thanks to Valentina Moscatt (48) and Elena Moretti (52) who took the gold medals.
19-Year old Carmine Di Loreto added bronze at the U60kg category, just like last week in Porec (CRO) where he won the same medal at the European U20 Championships. Ludwig Paischer (AUT) won gold U60kg, so Lupo can still do it. Tina Trstenjak (SLO) was a positive exception in the French-Italian dominance. Trstenjak was coached by Olympic champion Urska Zolnir today in the category U63kg.