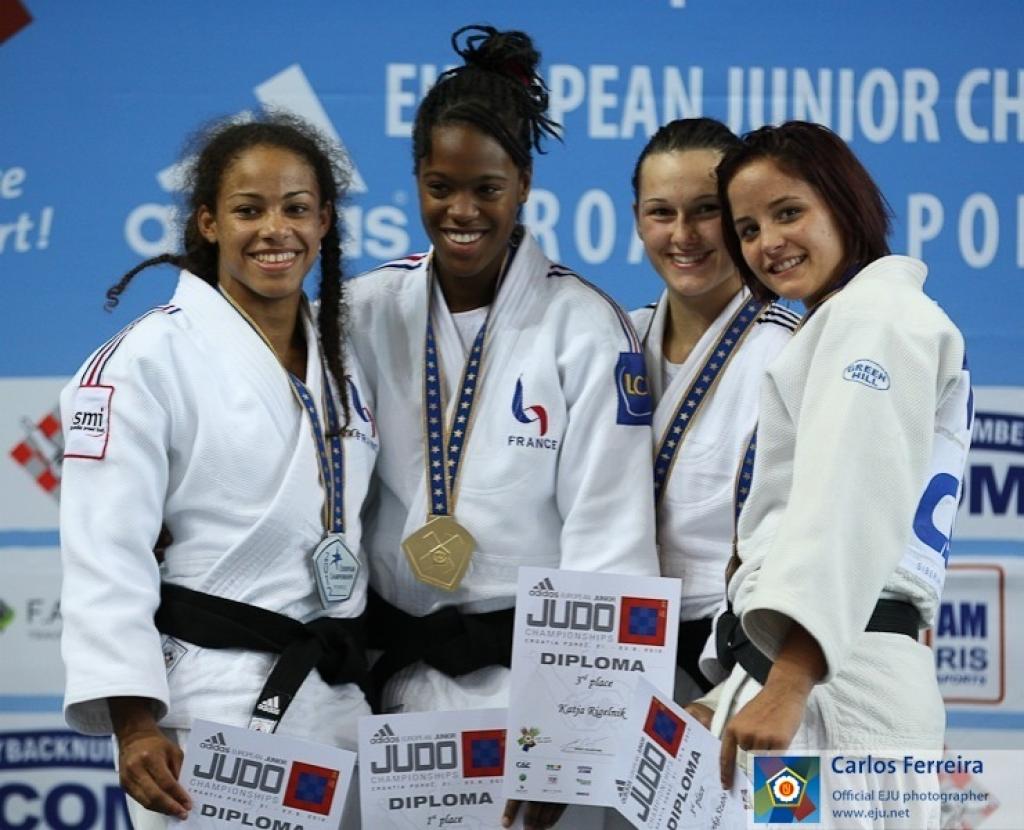 Two French in the final U57kg, a good outlook for the future. Treicy Etiennar and Laury Posvite fought their sort of training match easily. But in the end it was for the European Junior title, perhaps their most important achievement in their career.
It was the first all French final at a European Championships. Since last year double entries can be registered at EJU European Championships.

Etiennar defeated one of the favourites for gold in the quarter final: Fabienne Kocher from Switzerland and became the winner of this tough poule. Laury Posvite defeated Katinka Szabo (HUN) in the semi final who also gave a strong impression today. Etiennar was able to defeat Katja Rigelnik (SLO) who also reached the semi final.

The final was a tough fight for the kumikata. Etiennar led by waza-ari halfway the match and could take it more easier. It was Posvite who should come in the match. But Etiennar gave her not many chances and defended her way strategically.
It was Etiennar who received the hugs from her French rival Posvite after a sportive fight.

Katja Rigelnik won bronze for Slovenia after defeating Darya Mezhetskaya, the strong and tiny Russian fighter who impressed today with some stunning liftwork. But it was Rigelnik who finally went home with bronze. Katinka Szabo came back after her lost semi final and defeated Fabienne Kocher who’s expectation may have been slightly higher after her European and World bronze last year. She could have taken her third European medal here, even excluding the EYOF medal but today was the day of Etiennar who won the 22nd European title for French women over history. In this category Automne Pavia was the last to do this in 2007, she won Olympic bronze this year in London.