France, Georgia and Russia on track in team championship 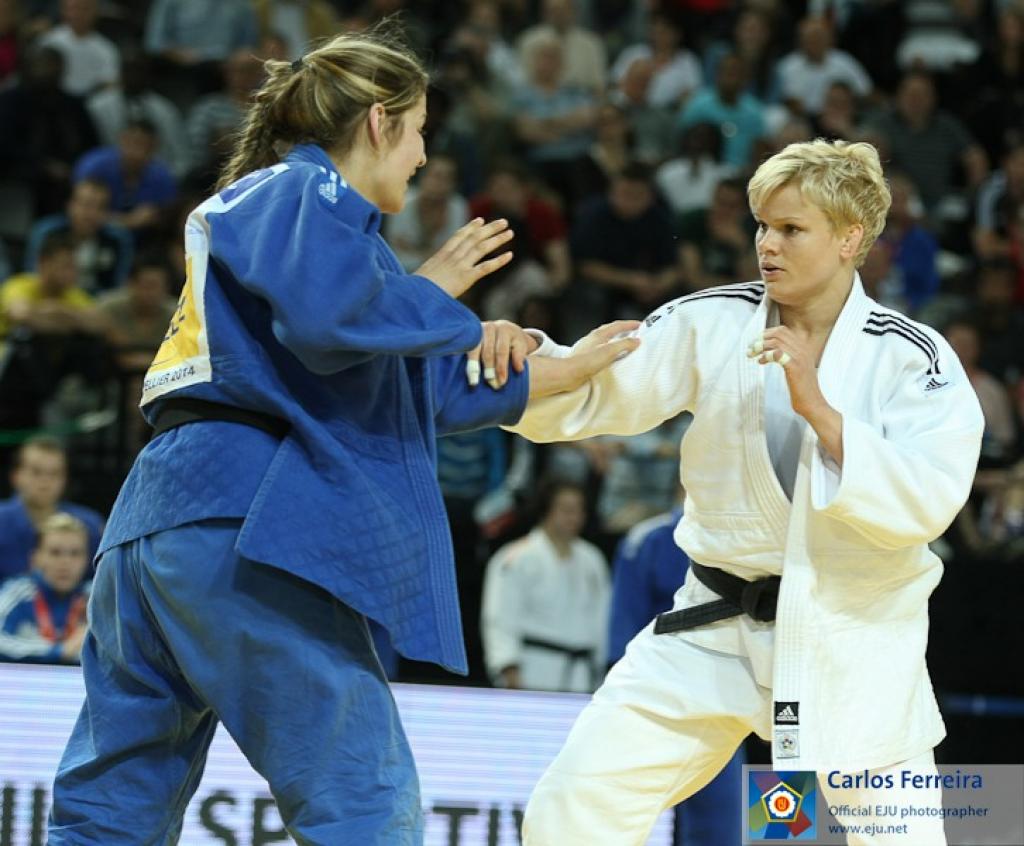 The teams of France, Georgia and Russia are on track in the European Judo Team Championship in Montpellier, France.

The French women’s team advanced over Poland into the semi-final where they will meet Slovenia. The Slovenian women have a prominent addition to their team: Urska Zolnir, Olympic Champion in the -63kg, is fighting in her first major international event since London 2012.
From the other side of the draw, Germany advanced over Hungary to the semi-final. Russia sent Great Britain to the repechage and now will be challenged by the Germans.
A total of nine teams participate in the women’s event. The defending champions, the Netherlands, opted not to compete. France took silver in 2013 while Russia and Germany took the bronze medals.

In the men’s competition, defending champion Georgia showed its superiority in the quarter-final, defeating the Czech men 5:0. France had more trouble with Ukraine and needed their superstar Teddy Riner to get the decisive point before advancing 3:2 to the semis. In the first round, the Frenchmen won over Israel 4:1. Now France has to face Georgia in the semi-final.
Russia ousted Slovenia 4:1 in the quarter-final. The German men achieved the same result over Portugal and will now try to challenge the Russians.
Russia had won silver last year, while Ukraine and Germany shared the bronze medals.