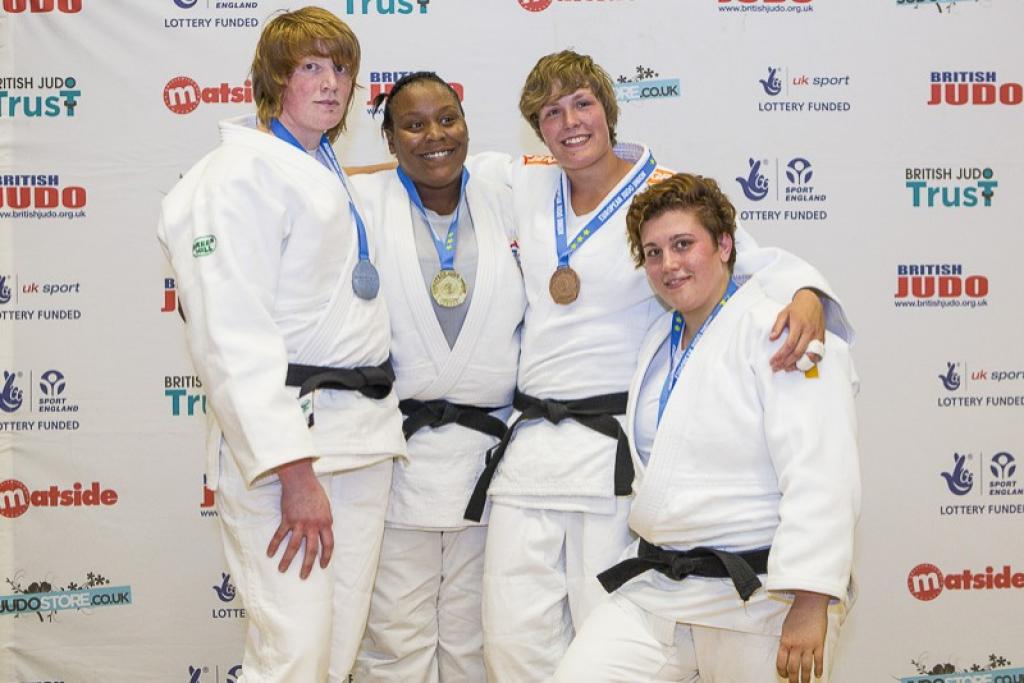 The Netherlands had a strong final day but France held on to top the London British Open medal table overall, whilst Sarah Adlington won silver on her return for Great Britain at K2, Crawley.

The second day of the European Judo Union (EJU) Senior European Cup event saw the heavyweight athletes take their turn on the tatami.

The best British result of the day came in the women’s -78kg category where Sarah Adlington took a silver medal after being thrown by Rebecca Ramanich of France in the final for ippon. The competition was Adlington’s first event in over a year due to injury, with her last competition being the 2012 European Championships in Chelyabinsk, Russia. Fellow Brit Rebecca Telfer took a fifth place in the category, losing the bronze medal contest to Tania Terrera of Italy. Tessie Savelkouls of the Netherlands won the other bronze.

There was also British success in the -63kg category, where Faith Pitman overcame Estonia’s Julia Bezko by a yuko to win bronze. Jennifer Wichers of the Netherlands won gold successfully and impressively, defeating Austria’s Marlies Priesner in the final by ippon, one out of many she produced today. A great comeback this year after a long period of injuries. Clementine Louchez of France won the remaining bronze.

In the men’s -90kg category the gold medallist came from Italy by Lorenzo Bagnoli. He defeated Famio Miranda in an all Italian final. British Michael Horley came third as well as Aaron Hildebrand (GER).

Olympian Chris Sherrington delivered Great Britain’s final medal of the day in the +100kg category. The Royal Marine held down Israel’s Asaf Zohar for ippon to clinch a bronze medal at the weight. Dutch athlete Roy Meyer won the gold with a sublime throw for ippon over Daniel Allerstorfer of Austria. Poland’s Kamil Grabowski won the remaining bronze.

Germany’s Sven Maresch won the bronze -81kg. But the most impressive victory came from another German, Faruch Bulekulov who beat Massimilliano Carollo of Italy with an splendid ippon, and not his first today. Russia’s Aleksei Fetisov claimed the bronze.

The final U78kg was an all-Netherlands affair with Iris Lemmen overcoming Linda Boers to win gold. Marjorie Ulrich of France also took a bronze as well as Martine Demkes, three Dutch on the tage, and anice birthday gift for winner Lemmen who turns 24 on Monday. It was the most successful Senior European Cup ever in this category.

In the -70kg it was gold for Belgium as Roxane Taeymens beat Italy’s Guilia Cantoni in the final. Germany got both bronze through Melanie Gerber and Anne Ritt.