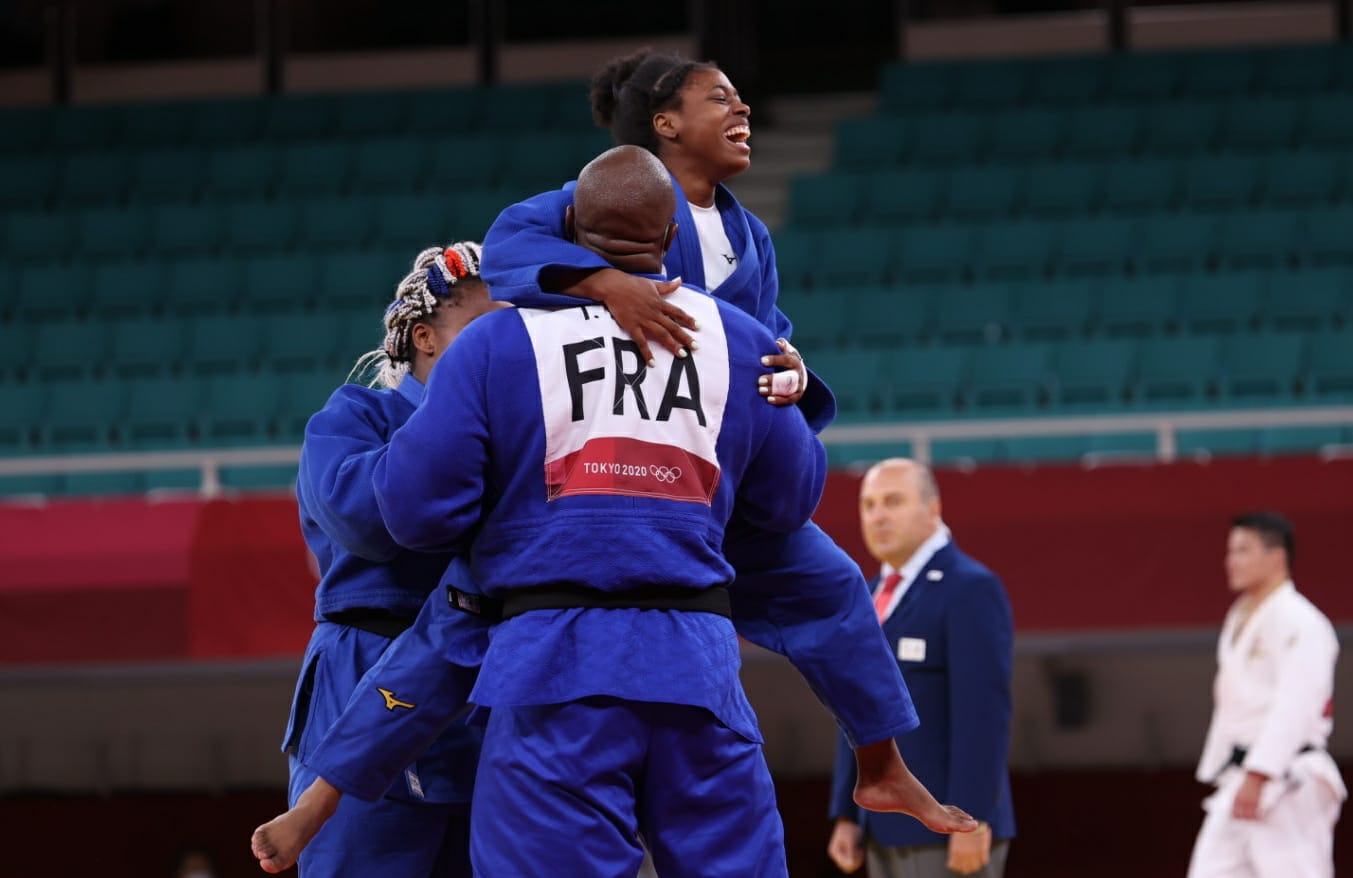 Germany took on the Netherlands in the first bronze medal contest with the -70kg bronze medallist, Sanne VAN DIJKE (NED) leading the charge against Giovanna SCOCCIMARRO (GER). As in the individual competition, the contest went in favour of Van Dijke.

Dominic RESSEL (GER) levelled the score by defeating Noel VAN T END in a tough battle that ended in shidos. Anna Maria WAGNER continued the German success in the final seconds against Guusje STEENHUIS, picking up the Dutch athlete and scoring with ura nage.

Henk GROL (NED) brought it back for the Netherlands, te waza securing the win against Karl-Richard FREY. It looked like Germany would take the lead as Theresa STOLL put a waza ari on the board and appeared to be leading the contest but Sanne VERHAGEN (NED) came to life in the second half of the contest, scoring and taking them in to golden score. Both going forward but int he end it was 3-2 to Germany. It was up to the Tornike TSJAKADOEA to pull it back for the Netherlands against Sebastian SEIDL. Another exhausting golden score for the lightweights, 4:50 of extra time and the last shido went to Netherlands and resulted in a bronze medal win for Germany. The first medal in this event in history. 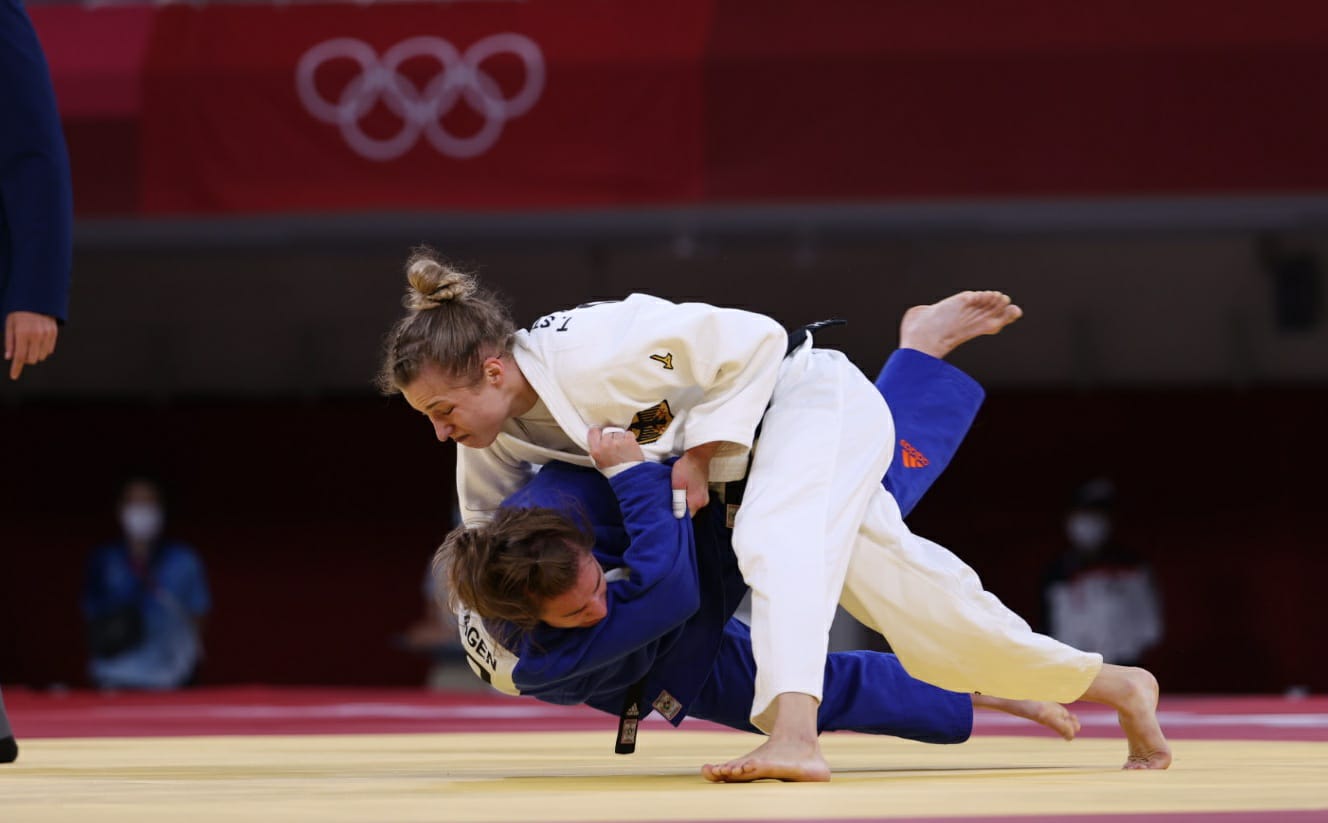 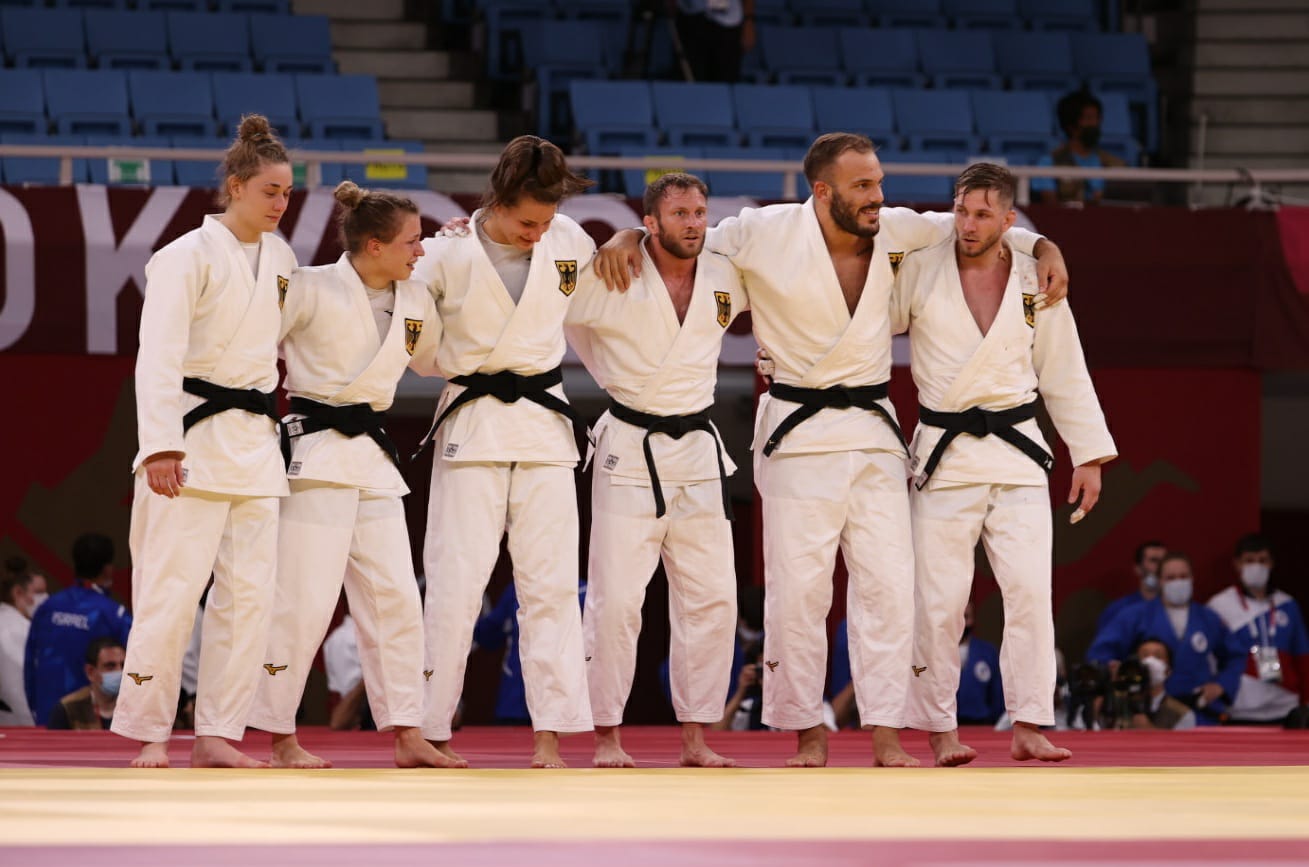 The following bronze contest was between Russian Olympic Committee (ROC) and Israel. Madina TAIMAZOVA (ROC), already taking a bronze in the -70kg category took another win for her team against Gili SHARIR. Sagi MUKI (ISR) pulled it back against the -90kg athlete, Mikhail IGOLNIKOV and it was a close contest, but he managed to score with only 13 seconds left on the clock.

Israel were on a roll as Raz HERSHKO took the +70kg win defeating Aleksandra BABINTSEVA making it a 2-1 lead. Peter PALTCHIK made it a 3-1 situation, in an astounding result he beat Tamerlan BASHAEV to continue the lead for his team.

It wasn’t the end though, Daria MEZHETSKAIA (ROC) was on a mission to rescue her team, scoring in the first exchange. To her great disappointment, Timna NELSON LEVY climbed back, scoring twice to defeat her ROC opponent and securing the fourth and final win for Israel. It was an incredible celebration for the second bronze medal win.

In the first head to head of the final, it was two Olympic champions coming together, Clarisse AGBEGNENOU (FRA) and ARAI Chizuru (JPN). The French sensation caught Arai with ashi waza and almost managed to transition, a waza ari for France. She secured the win to make it 1-0 for France.

The second contest was extremely tense, both Axel CLERGET (FRA) and MUKAI Shoichiro (JPN), both picking up two shidos and headed in to golden score. It was a ko soto from Clerget that put an exciting second win on the board for France.

Romane DICKO (FRA) had a second chance today against SONE Akira (JPN), both only 21 years-old, but it was the Olympic champion, Sone that continued her winning streak to add a win for Japan. The French team needn’t have worried too much as double Olympian Teddy RINER took the next win for France in golden score against the -100kg Olympic champion, WOLF Aaron.

The momentum continued in the -57kg contest, Sarah Leonie CYSIQUE (FRA) scored a waza ari against YOSHIDA Tsukasa (JPN). Having lost in the final of the individual competition, Cysique was ready to help her team to the gold. She did just that.

France have taken the first ever mixed teams Olympic title, beating Japan for the first time in this event, an exceptional 4-1 result. History has been made. With the the delegation in the crowd celebrating loudly to make up for the absent fans, Clarisse AGBEGNENOU, Axel CLERGET, Romane DICKO, Teddy RINER, Sarah Leonie CYSIQUE and Guillaime CHAINE stood on the tatami to face them and join in with the celebrations.