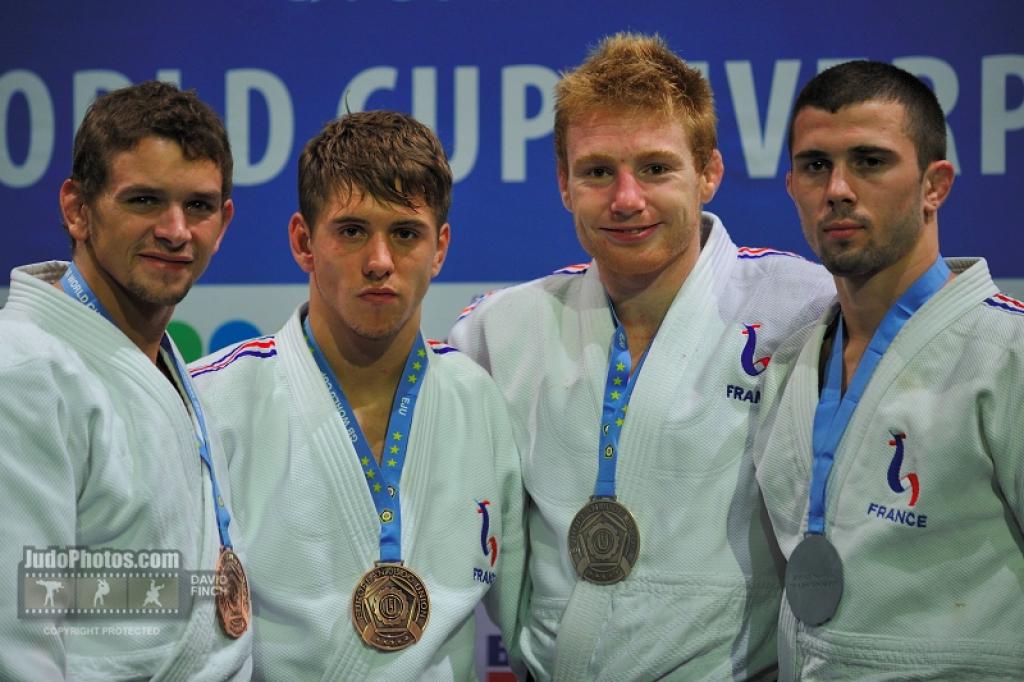 France, who finished ahead of Germany and hosts Great Britain, added to David Larose’s -66kg gold from Saturday by dominating the -81kg category.
The high-flying French team produced three of the four semi-finalists. 2011 British Open winner Loic Pietri was defeated by countryman Quentin Joubert which saw him battle Axel Clerget in a well-poised all-French final.

The country celebrated their second gold medal as Axel Clerget topped the medal rostrum after seeing off his teammate by ippon.
In the same category Loic Pietri bounced back from a semi-final defeat to overcome Italy’s Matteo Marconcini for bronze in the repechage.
The final French medal came courtesy of Matthieu Thorel who claimed bronze in the +100kg category.

Elsewhere hosts Britain took bronze in the -90kg category as Matthew Purssey defeated compatriot Winston Gordon in a tense contest.
After stepping off the medal rostrum Purssey said: “The crowd were great, I wanted to win the title for them. I made a mistake in the semi-final so I was disappointed with that, I felt I should have been in the final.”

The -90kg category gold medal went to Christophe Lambert of Germany.
Britain’s third medal of the weekend and second bronze of the day came through -100kg judoka James Austin who battled past Mael Le Normand. The pair couldn’t be separated on the scoreboard as the home crowd spurred on the determined Austin who outworked his opponent to receive all three flags in his favour after golden score.

2011 GB World Cup bronze medallist James Austin said: “It’s great to get a medal in front of a home crowd and such a good competition.”
Germany’s Benjamin Behrla took the -100kg gold while Brazil’s Daniel Hernandes reigned supreme in the +100kg category. He defeated Marius Paskevicius in the heavyweight final. His compatriot David Silva won bronze as well as Matthieu Thorel (FRA).