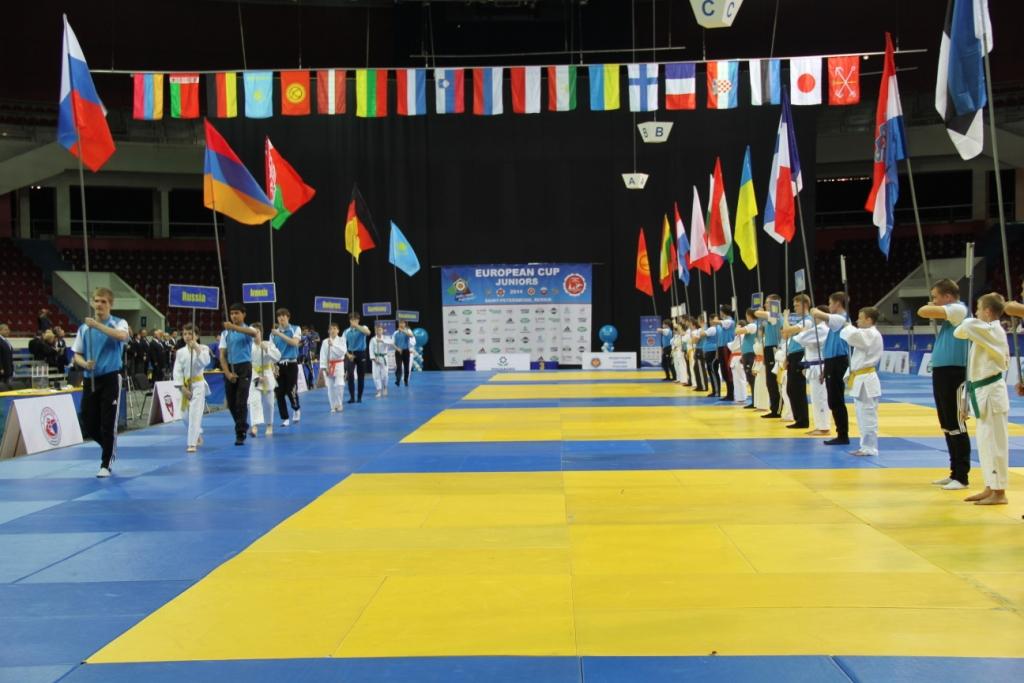 11th European Cup for juniors under 21 came to the end on the 20th of April in St-Petersburg Sport Hall “Yubileinyi”.

During the second day of the tournament on mat we can see boys 81, 90, 100, 100+ kg and girls 63,70,78,78+ kg. The winners are: Mikhail Igolnikov (RUS. 81 kg) , Michael Korrel (NED. 90 kg), Niyaz Ilyasov (RUS. 100 kg), Emre Sanal (FRA. + 100 kg), Nami Nabekura (JPN. 63 kg), Van Dijke Sanne Lisa(NED. 70 kg), Miyu Hama (JPN. 78 kg), Marine Erb (FRA. +78 kg) During the second day Russian team got 9 medals, Nederland and Japan 6 medals, France – 5, Ukraine and Germany -2, Croatia – 1. Total for the competition Russian team got 23 medals, Japan -12, France – 11, Nederland – 7, Kazakhstan – 4. In two days under Sport Hall “Yubileinyi” arches the anthem of the country of the Rising sun most of all sounded – ancestors of judo won 6 gold medals in St. Petersburg. The French juniors rose by the highest step of a podium 4 times and with enthusiasm sang the anthem of the country together with fans. Three gold medals got Russians. Netherlands team got 2 gold medals, Kazakhstan got 1 gold. European cup Internet translation from St. Petersburg within two days was looked by about 8 thousand fans of judo. Almost all participants of a junior European cup for three days remain in the city on Neva in training camp. text by Russian Judo Federation press centre