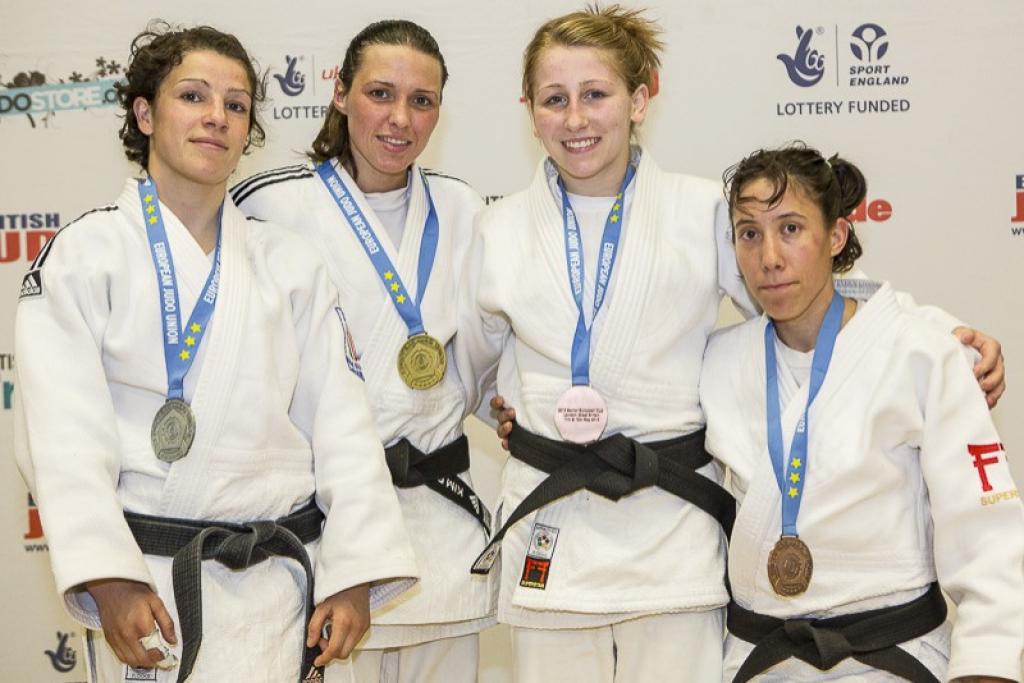 France ended day one of the London British Open on top of the medal table, whilst Kimberly Renicks won gold for Great Britain at K2, Crawley.

The main home success came in the women’s-48kg where Scotland’s Kimberly Renicks beat Anna Bartole of Italy by a yuko to win gold. 17 year old Hayley Willis also took bronze in the category, having lost to Bartole in the 2nd round before winning a tight bronze medal contest over Belgium’s Anne-Sophie Jura. Laura Carriches of Spain took the other bronze.

Lewis Keeble had to retire before the final due to injury after beating Hugo Fonghetti of France in the semi-finals, which handed the gold to another Frenchman, Adrien Bourguignon. Fonghetti and Vincent Vallee won the bronze medals, almost taking a clean sweep for the French.

Great Britain’s other medals both came in the -57kg category with Nekoda Davis and Connie Ramsay both winning bronze. Davis beat fellow Brit Stephanie Inglis in the bronze contest after losing her semi-final to eventual gold medallist Shirley Elliot of France who beat Dutch athlete Sanne Verhagen in the final.

The remaining category was the men’s -73kg where gold went to Germany’s Igor Wandtke beating Jonathan Allardon of France in the final. Bronze medals were won by Belgium’s Jean Yves Bottieau and Nils Deret of France who beat GB’s fifth place Patrick Dawson by Yuko in the other contest.

Following the competition, Performance Director Nigel Donohue said: “It was good to see so many good performances from Great Britain, particularly from our younger athletes and also the gold from Kimberley Renicks.

“They have shown that they look at home competing at this level and whilst they may not all be winning medals, they can be pleased with their performances.”

Watch all pictures in our media gallery