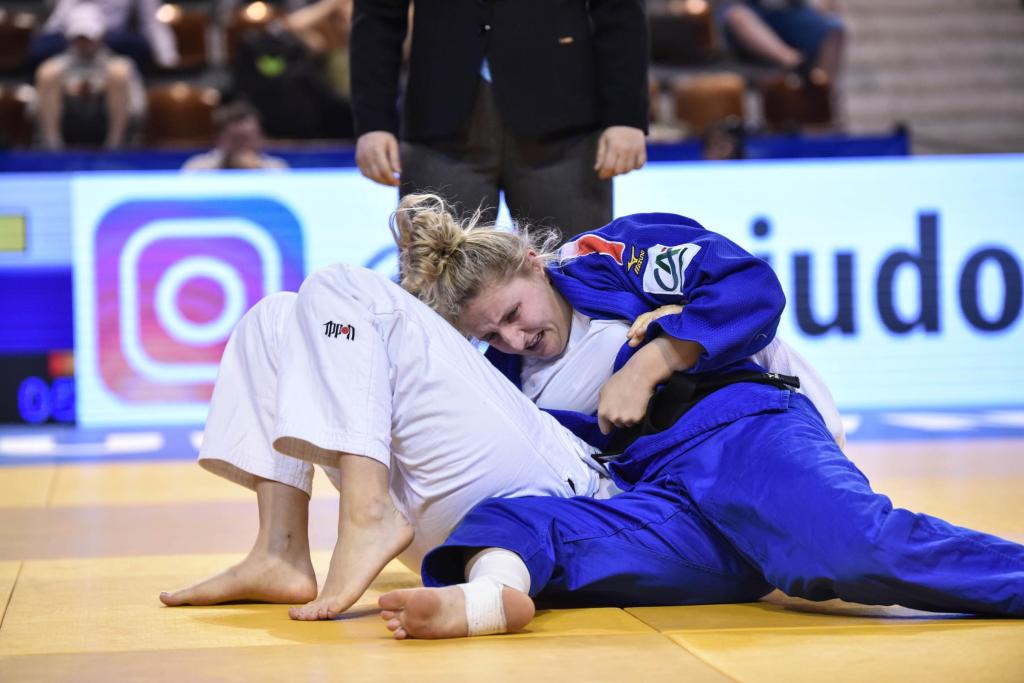 France proven to be the most successful country of the fifth edition of the senior European Judo Cup in Dubrovnik during past weekend. The blues won the total of three gold, three silver and one bronze medals. With three gold, two silver and four bronze medals Ukraine placed second, and in third place was Croatia with two gold medals and five bronze medals.

Ana Viktorija PULJIZ (CRO) made the opening statement  during day one when winning the first gold medal of the day at home soil. This was done with an outstanding performance in the -48kg division. The last anthem of the day was also for Croatia by Iva OBERAN who has excelled in the -63kg category. France dominated the -52kg category by Penelope BONNA as well as the -57kg category by Gaetane DEBEROT.

On the second day of the competition the -81kg category showcased an outstanding performance from Milan BUNCIC, who defeated Nikola GUSIC of Montenegro in the final and achieved his greatest success at European Cups.

In addition, we saw 2018 World Junior Championship bronze medallist and Junior European Championship silver medallist, Margit de Voogd, stepping up to the senior stage and winning gold in Dubrovnik in the -70kg category. In the final, she defeated her team mate, Donja Vos. France third and final gold was delivered by Julie PIERRET who won the -78kg category and allowed France pitch top spot on the overall medal table. She overcome Jovana PEKOVIC from Montenegro in the final.