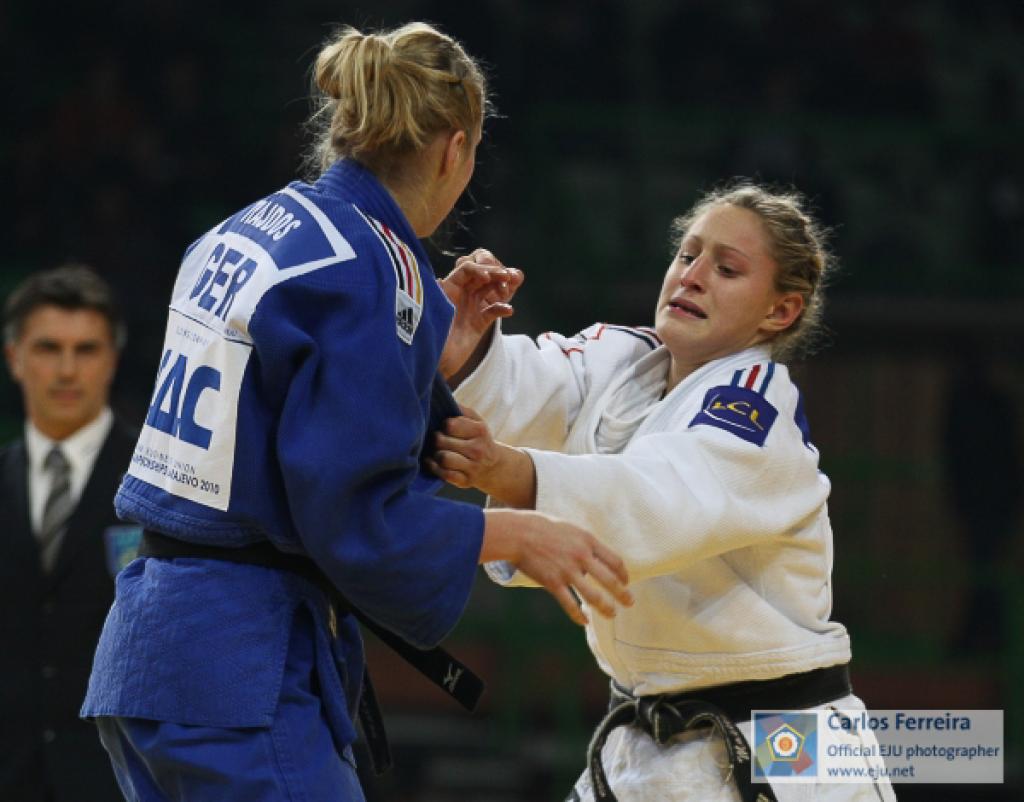 Eventually 210 athletes from 35 countries are participating in the SFJAM Noris European Open Women Prague 2013. The crowd has seen a lot of interesting matches with plenty of ippons. Although the number of participants is lower than during the last year men World Cup the interest in the Prague tournament is quite high.

After a surprising loss of the  world’s number three Erika Miranda of Brazil the  U52kg category was dominated by Israelian athletes. In the final Gili Cohen claimed the title after throwing Sappho Coban of Germany with a spectacular seoi nage. Her compatriot Roni Schwartz added bronze medal.

The biggest favorites in U57kg have not reached the final block. Both  Corina Caprioriu of Romania and Priscilla Gneto of France were eliminated in the preliminary fights. In the final Cindy Huber of France scored wazari with o uchi gari and continued into a hold down against Nora Gjakova.  Nice win for the French judoka.

In the U63kg final Maelle Di Cintio (FRA) threw her opponent Busra Katipoglu of Turkey with a text book uchi-mata.

The tournament continues on Sunday from 10:00.