France wins 50% of all gold medals at World Cup Rome 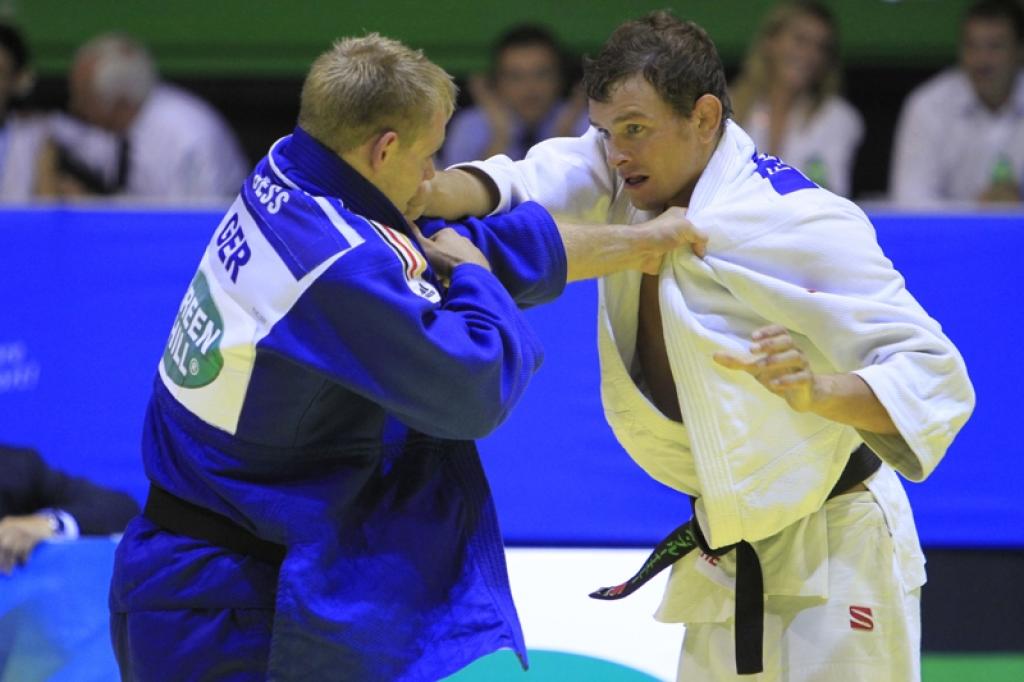 At the second day France confirmed its strong start on Saturday. In total the French team won 7 gold medals, 50% and 17 medals. Despite the French dominance, the eyes of the home crowd were focused on Francesco Bruyere.
On Sunday he finished his career with a great silver medal. His 8th World Cup medal, three collected in Rome with a highlight at the 2005 World Championships in Cairo reaching the final in his debute World Championships. He fought at four World Championships in his career.
Maybe the highlight of his career was also the standing ovation he received after Sunday’s final, congratulated by the people around him and famous Italian athletes, even outside our sport.

The final U81kg was won by German Robert Gess with a splendid score. Gess won four fights, in the semi final against his compatriot Benjamin Muennich who finished fifth after his loss against Carlos Luz. Luca Poeta completed the Italian party by taking a bronze medal, his first ever World Cup medal.

The French dominated with 17 medals and won gold U90kg by Alexandre Iddir who defeated Austrian Max Schirnhofer. The only victory outside Europe was for Renan Nunes from Brazil. He was able to win the U100kg category. In the final he surprised Martin Pacek from Sweden with good judo. Two Dutch judo won bronze, Meeuwsen and Remco van den Brink. Meeuwsen was the oldest medallist this weekend (33).

Another French victory was for jean-Sebastien Bonvoisin. He did defeat the second successful Brazilian David Silva in the final and won the gold after getting back in the match.
In the women’s division The French won two gold medals. The only non French victory was for Linda Bolder. The triple European Champion in the three non-senior championships was able to confirm her strong status as runner-up behind Edith Bosch. Bolder was the strongest today winning four matches. In her last match Megan Fletcher couldn’t prevent Bolder to win with her powerful judo and gave the British no chance. French Lucie Perrot and Fanny Posvite won bronze U70kg.

17 nations won medals in Rome, most medals were won by France (17) and Netherlands (7).

Next weekend the World Cups will take place in Istanbul for women and Minsk for men.

Stay tuned and review the photos in our media section.