French and Russian juniors rule at European Cup in Lyon 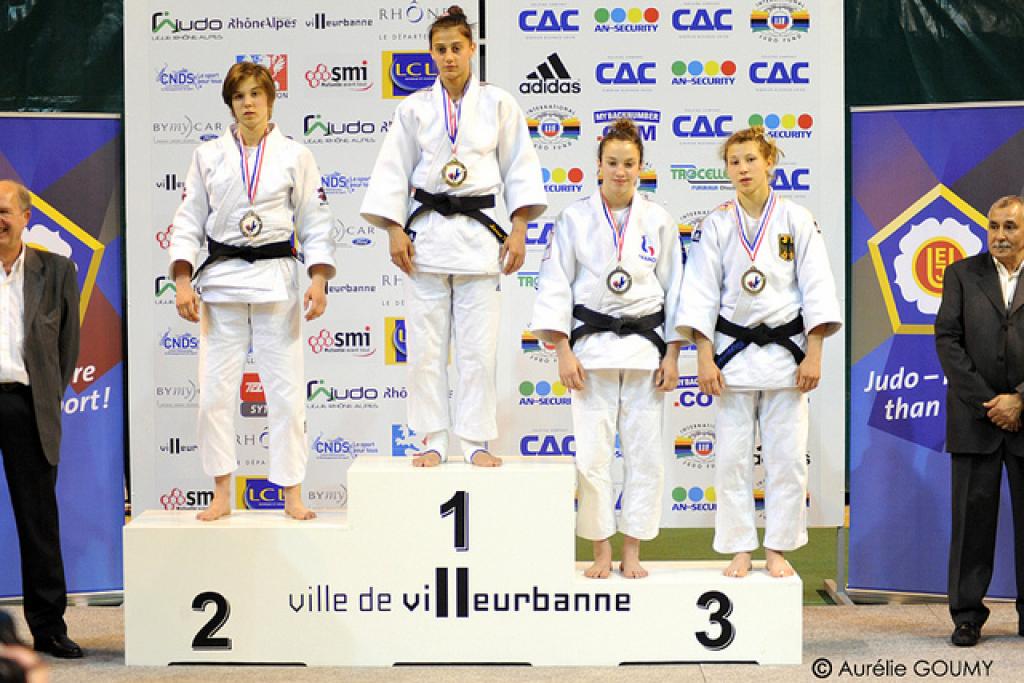 The Russian men and French women showed their best efforts today at the European Cup for Juniors in Lyon. The strong field in France gave an extraordinary number of quality matches.

In the women’s division France led the way with three additional gold medals making a total of four with yesterday’s gold by Treicy Etiennar.
An all French final U63kg with two strong participants: Margaux Pinot and Linsay Tsang Sam Moi. Usually Pinot is the strongest, in St. Petersburg recently they fought the final as well. Today Pinot was again the best of the two. Do Velema (NED) and Lise Luyckfasseel (BEL) won bronze in this division.

Another French gold medal was for Audrey Fels. She defeaed Belgium Olympic Youth Champion Lola Mansour, who won European bronze last year. But Fels was about to win her first European Cup in her career. Both Dutch fighters Caroline de Wit and Michelle Schellekens collected a bronze medal in this category U70kg.

Samanta Soares was the second Brazilian to win this tournament this weekend. In the final she was able to beat Marine Erb. Good progression for the Brazilian with the outlook at the Olympic Games in 2016 ahead. In the heavyweight final it was the other around though. French Anne M’Bairo won the final against Brazilian Sibilla Facholli.

The seventh gold medal by M’Bairo gave France the victory in the medal tally. The three Russian victories in the men’s category didn’t change it. Samvel Galstyan won the U81kg category against Mistral Janssen of The Netherlands. He was Russia’s number two at the National Championships behind Khasan Khalmurzaev who finished third today. Robin Gutsche who won in Coimbra two months ago won bronze.

Belgium celebrated a gold medal U90kg. Toma Nikiforov, with a Russian last name completed the dominance today by Russia. Although Nikiforov is obviously from Belgium. He prolonged last year’s title in Lyon. Last year against Japanese Asanuma, on Sunday against Russian Oleg Ishimov.