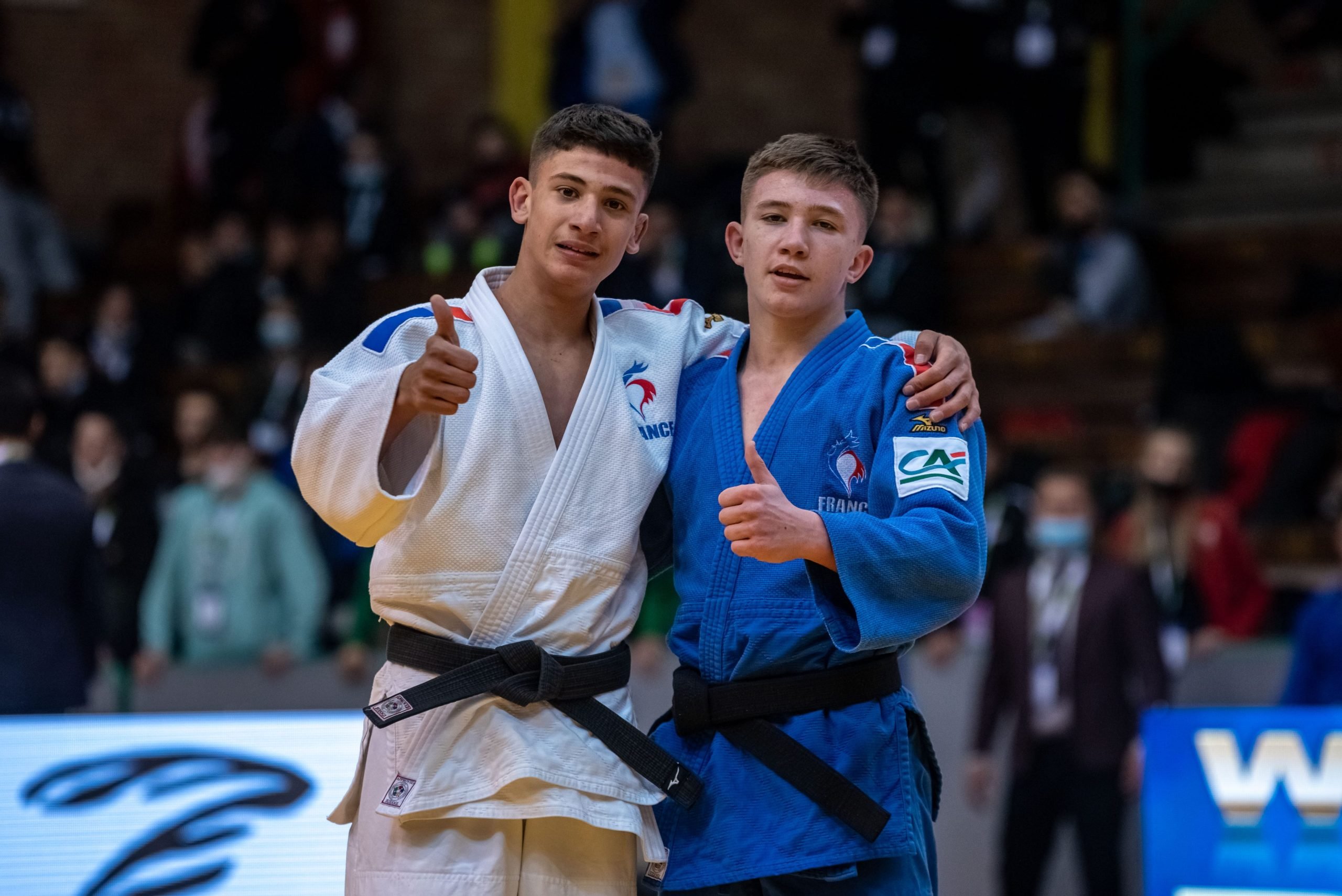 Two days filled with the effort and desire of the best cadets in Europe in Zagreb showed once again why the European Cadet Cup in Zagreb is one of the most respected judo competitions. Croatian judoka Marcelina VRANJEŠ (over 70 kg) closed it in the best way, with a gold medal.

Extensive experience and knowledge in organizing major judo events, the Croatian Judo Federation has upgraded with this year’s European Cadet Cup, which brought to Zagreb as many as 698 athletes from 32 countries despite all the adversity in Europe.

Croatia had 48 representatives, and Turkey and Israel surpassed that number, sending 64 and 78 competitors, respectively.

The medal for Croatia was won by Marćelina Vranješ (over 70 kg), who showed the splendor of talent on Sunday and reached the first place in her category in four fights. The young woman from Split was free in the first round, and then celebrated with an ippon against Anya HASSAN, making up for the wazari advantage scored by the British.

Ippon in the last minute of the quarterfinals against the Serbian representative Jovana STJEPANOVIC brought the semifinals, and another turnaround, this time against the French Bintibe LANG and the placement in the finals. There, in less than a minute, Vranješ defeated the French judoka Celia CANCAN and deservedly took the gold medal.

Judokas from 21 countries took the podium, and the representatives of France had the most success, winning seven gold, three silver and eight bronze medals. The Turkish cadets won one gold and two silver and bronze medals, while the Romanians return home with one gold and two silver. A large number of national teams remained in Zagreb after the competition because, from March 14 to 16, a training camp will be held.