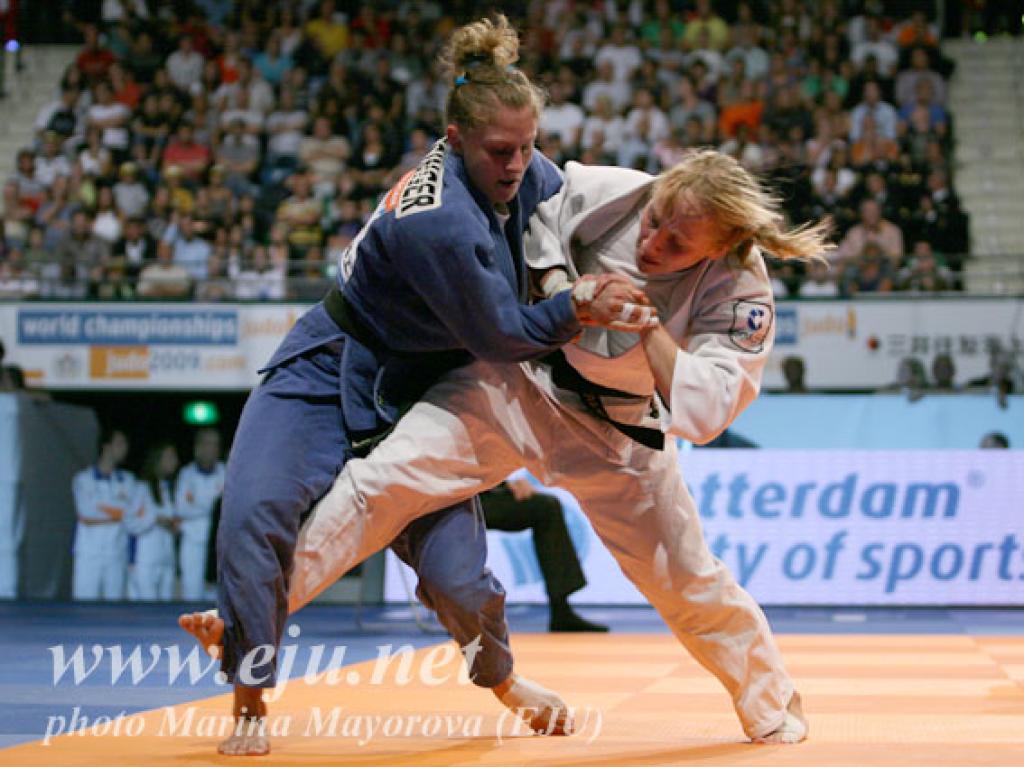 Perhaps Judo can celebrate a new Olympic event at the Olympic Games. The IJF is in communication with the IOC trying to include a team event as an additional Olympic event. The IJF have supplied statistical information about the Team Event, and suggested that the ideal number for such an event would be five participants per team rather than seven.
To support this campaign, the EJU has decided to confirm to this formula during the Open European Team Championships.

Next weekend in Miskolc (HUN) some of the best European fighters will participate in the European Championships. Last year in Moscow the team of Russia won the men’s competition. France have won the women’s division, both with seven categories.
Georgia also have a strong history with three European titles over the last 7 years (2002, 2003, 2007).
The French women have always been dominant in Europe, not only winning five of the last seven editions, but winning 17 titles since the start in 1985 (24 editions).

Host Hungary never won the European title but was runner-up in 2005 when Israel won the title for the first time. In 2001 Hungary already won a bronze medal.

In the men’s category France have won 17 times since 1951.
Fabien Canu, Marc Alexandre, Michel Nowak, Bernard Pariset and Roger Vachon are one of the historic names winning at least four European titles. But also the Soviet team had a great period winning 15 European titles and included some of the greatest fighters like: Anzor Kiknadze, Vladimir Nevzorov, Sergey Novikov, Oleg Stepanov, Sergey Suslin and Anatoly Bondarenko who all won multiple gold medals with their team.

You can enjoy the Open European team Championships this weekend Live on your screen at EJU TV.