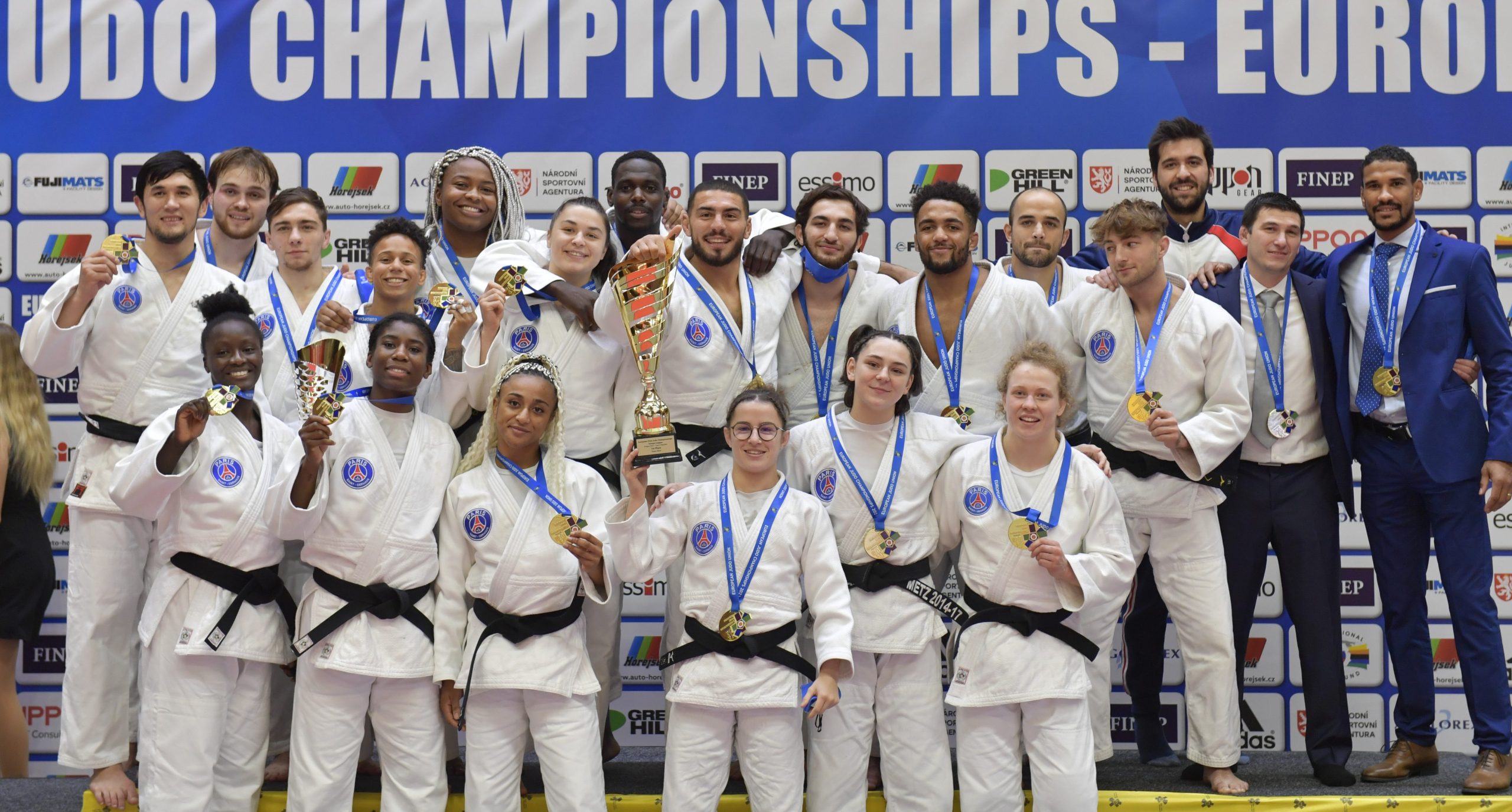 After a long break, the Europa League is finally back. After the 2020 event was cancelled due the COVID pandemic, this years edition took place in Prague.

13 men’s teams and 4 women’s teams have come to the Czech capital to qualify for the Champions League.

In the men’s competition, the Paris Saint-Germain team beat Judo Club Sainte-Geneviève 4-1. A sure provider of points on this day was Moldovan Denis VIERU. Just two weeks ago he won the Grand Slam in Abu Dhabi and he showed his skills here as well. The bronze medalist of the European Championships of 2020 in the service of PSG Paris won all his matches and was also victorious in the final against Vincent LIMARE.

Luca OTMANE provided the 2:0 lead for PSG. The 26-year-old Frenchman won in the preliminary round against the European champion Hidayat HEYDAROV and had a big share in the team victory. In the final it went into a golden score against Theo RIQUIN with the victorious end for Otmane.

But this was not enough for the French from the capital. Guest starter Davlat BOBONOV showed his international class. The Olympic bronze medalist and World Championship silver medalist from Uzbekistan won with ura nage by waza ari.

The honorary point to 4:1 was won by Amadou MEITE, who pinned his opponent with yoko shio katame.

“There were a lot of good teams and I was not sure if we can win. We missed Teddy RINER and Alpha Oumar DJALO because of injuries. Teddy just got injured some days ago. Even without them we were able to win today and with them we have a team that can win the Champions League.

Arnaud Aregba has lost his first three fights. It’s not easy for such a young athlete when the team wins and you lose. But he put it all behind him and fought for the decisive point in the final. The victory was important for the team but also for himself and his self-confidence.”

“We have a great team and our goal was the gold medal. That we and the women won is great news for my club.

In a team competition every point counts, you fight not only for yourself but for the whole team. That’s what makes it so special and appealing.

Denis (Vieru) and Davlat (BOBONOV) gave us great support. The victory here makes us want to do more and was a first good test. We are looking forward to the Champions League next year.”

The fights for bronze were firmly in Russian hands. In the end, the teams of Judo Sports Club “Akhmat” Grozny and Autonomous Non-Profit Organization Sport Club “UWS” Yekaterinburg won.

Thus, in the men’s competition two Russian and two French teams are qualified for the Champions League 2022.

In the women’s competition, the favorite PSG Paris clearly prevailed. The team, which was founded only five years ago, competed in Prague with a top line-up.

Already in the preliminary round there was a clear 5:0 against the home team from USK JUDO PRAGUE.

The Olympic silver medalist Amandine BUCHARD was without a fight, because the Russians did not enter anyone in this weight category. Junior European Champion Faiza MOKDAR then provided the 2:0 lead.

The only guest starter Sanne VERMEER from the Netherlands contributed the third point against the former European Champion Daria KURBONMAMADOVA (former Mezhetskaia) with an Ukemi Waza.

The final score of 5:0 was set by Romane DICKO. The Olympic bronze medalist also won with Ippon after only a few seconds.

Dicko said: “We only had one goal – to win the Europa League and to qualify for the Champions League. So we didn’t lose one fight which shows how strong we are. We got the third place at the French Team championships some weeks ago and now we are the winner of the Europa League. I am very proud of the team.

Next year, judo fans can look forward to a strong title contender for the Champions League from France.

Since there were only four teams at the start, the bronze medal was fought out. This went to the French team of Sport Judo Blanc Mesnil.

Teams qualified for the Champions League 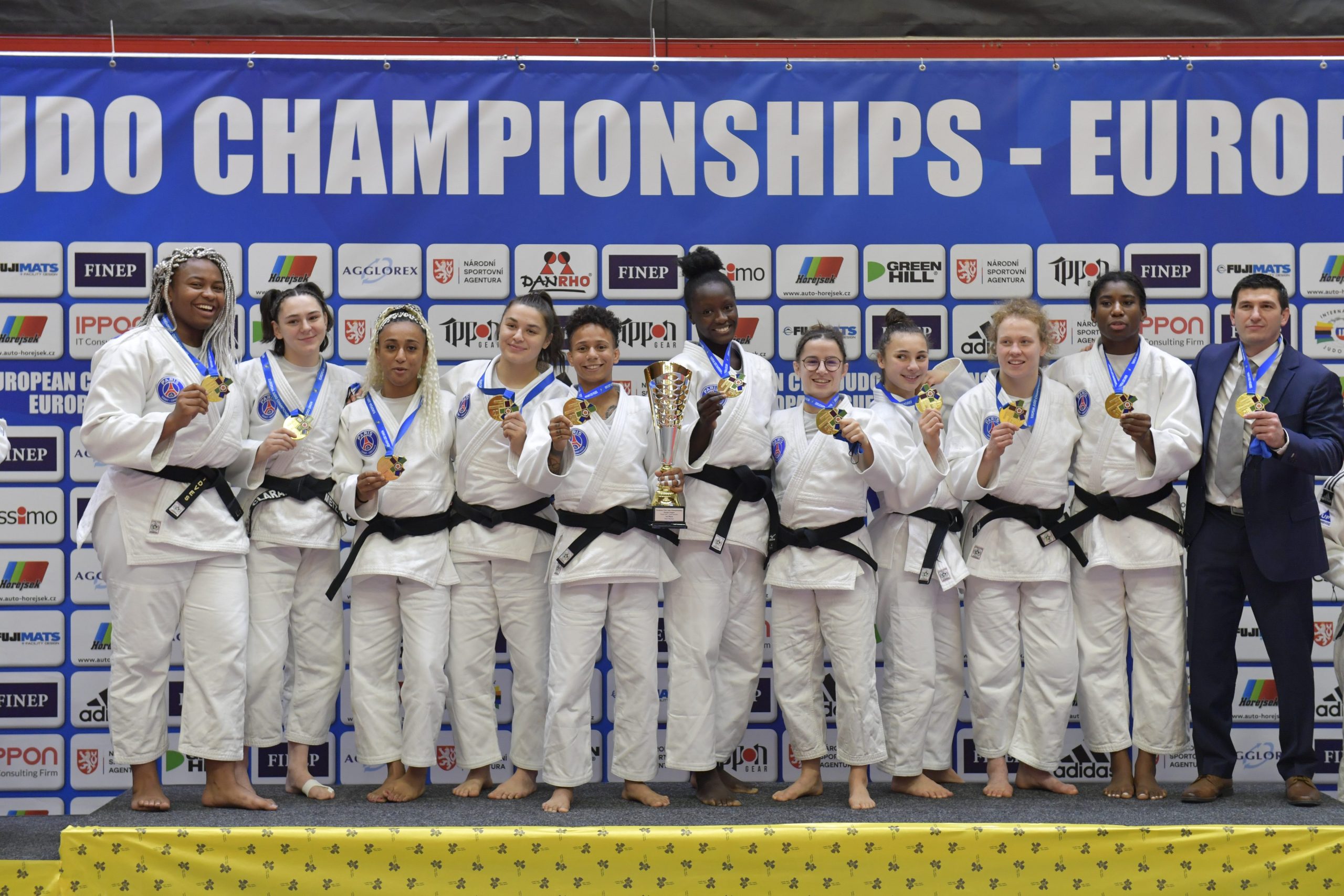 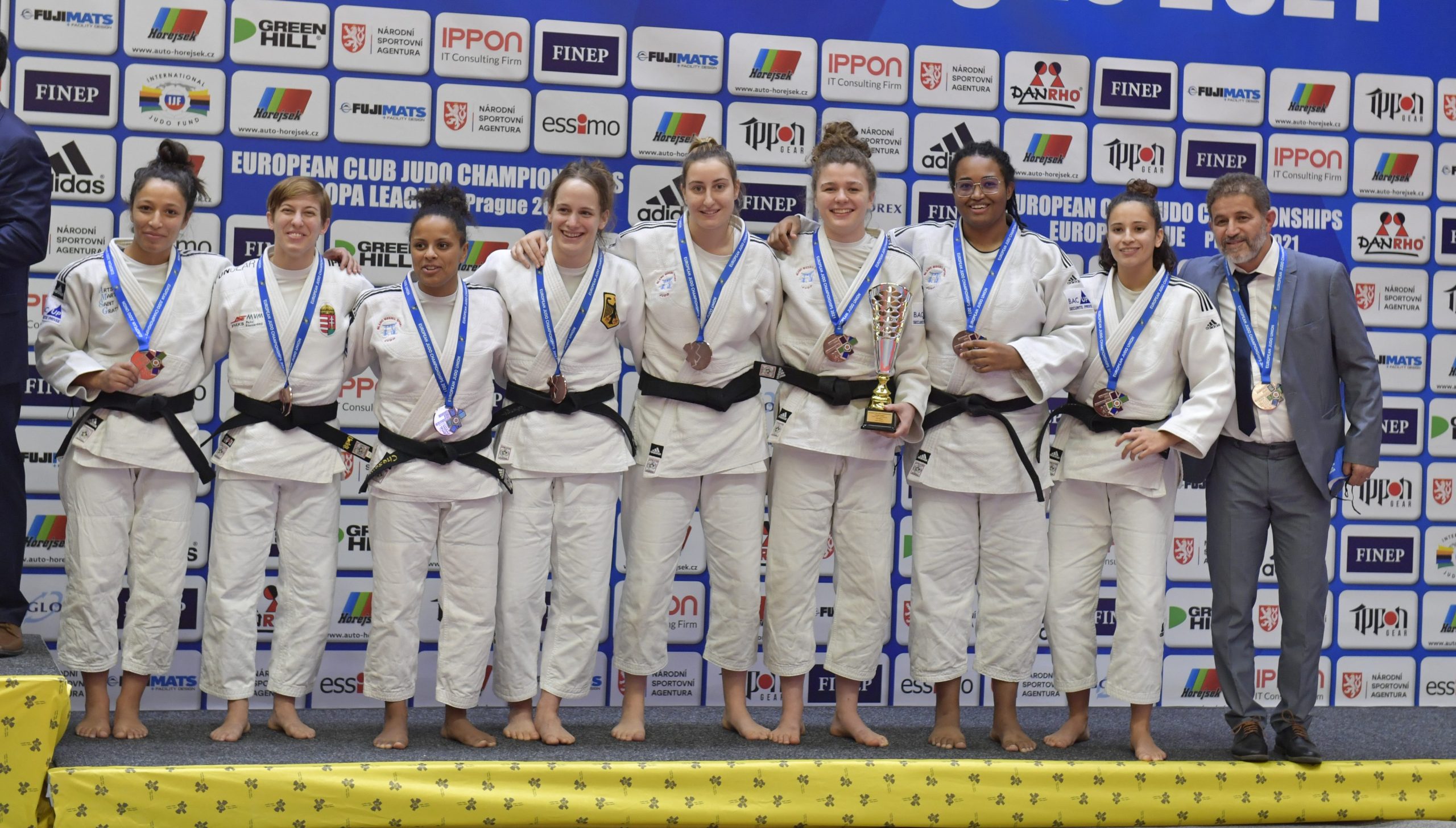 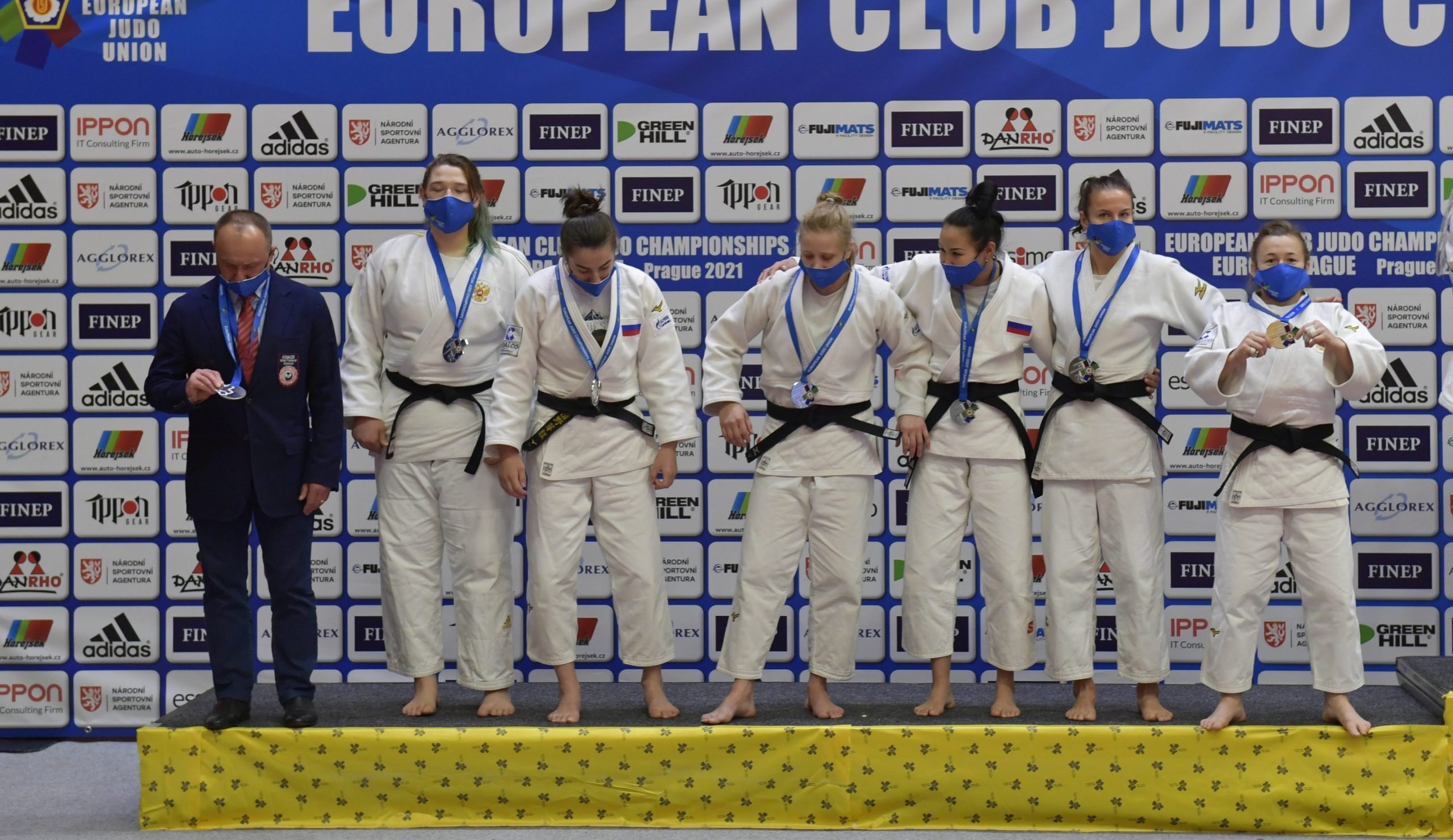 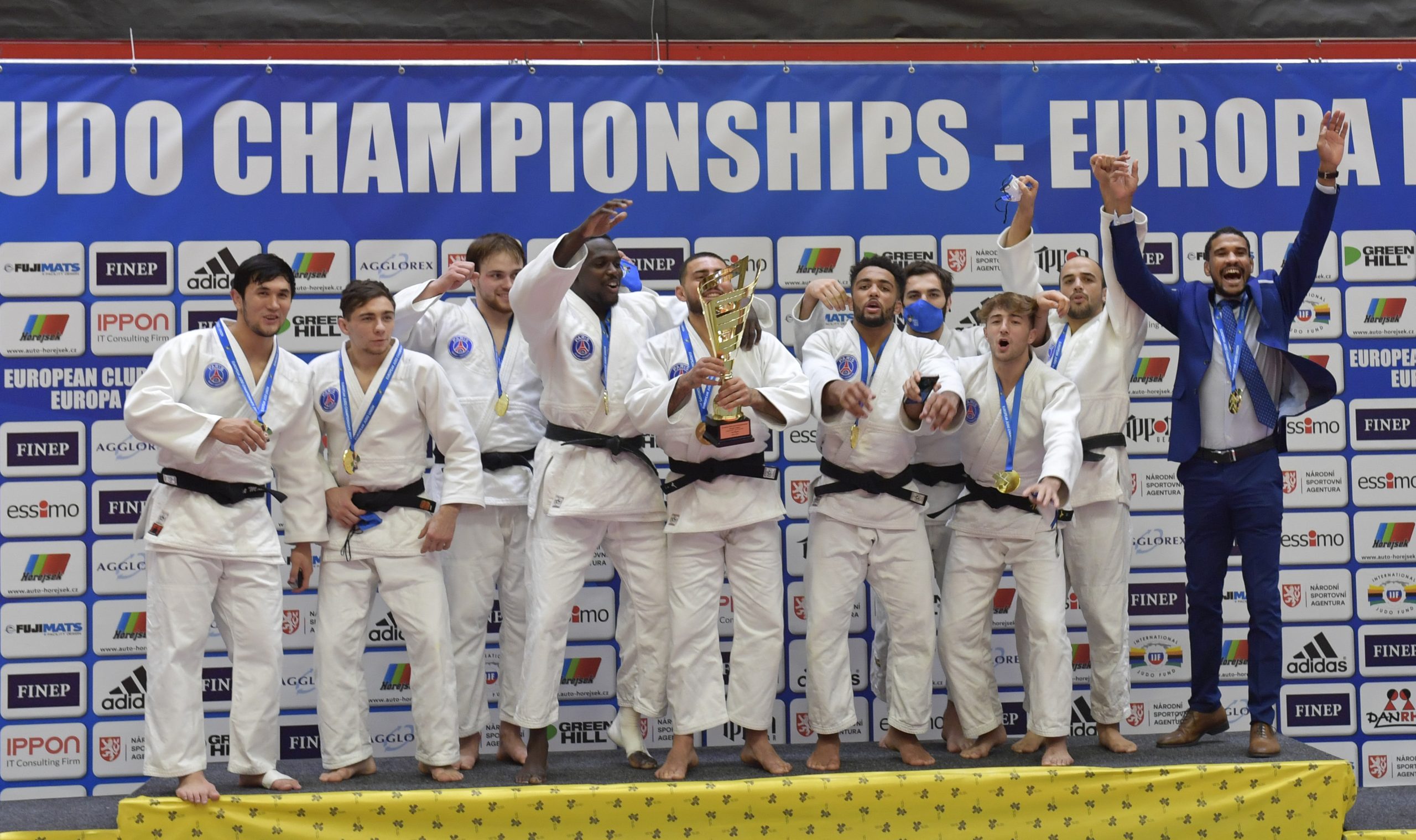 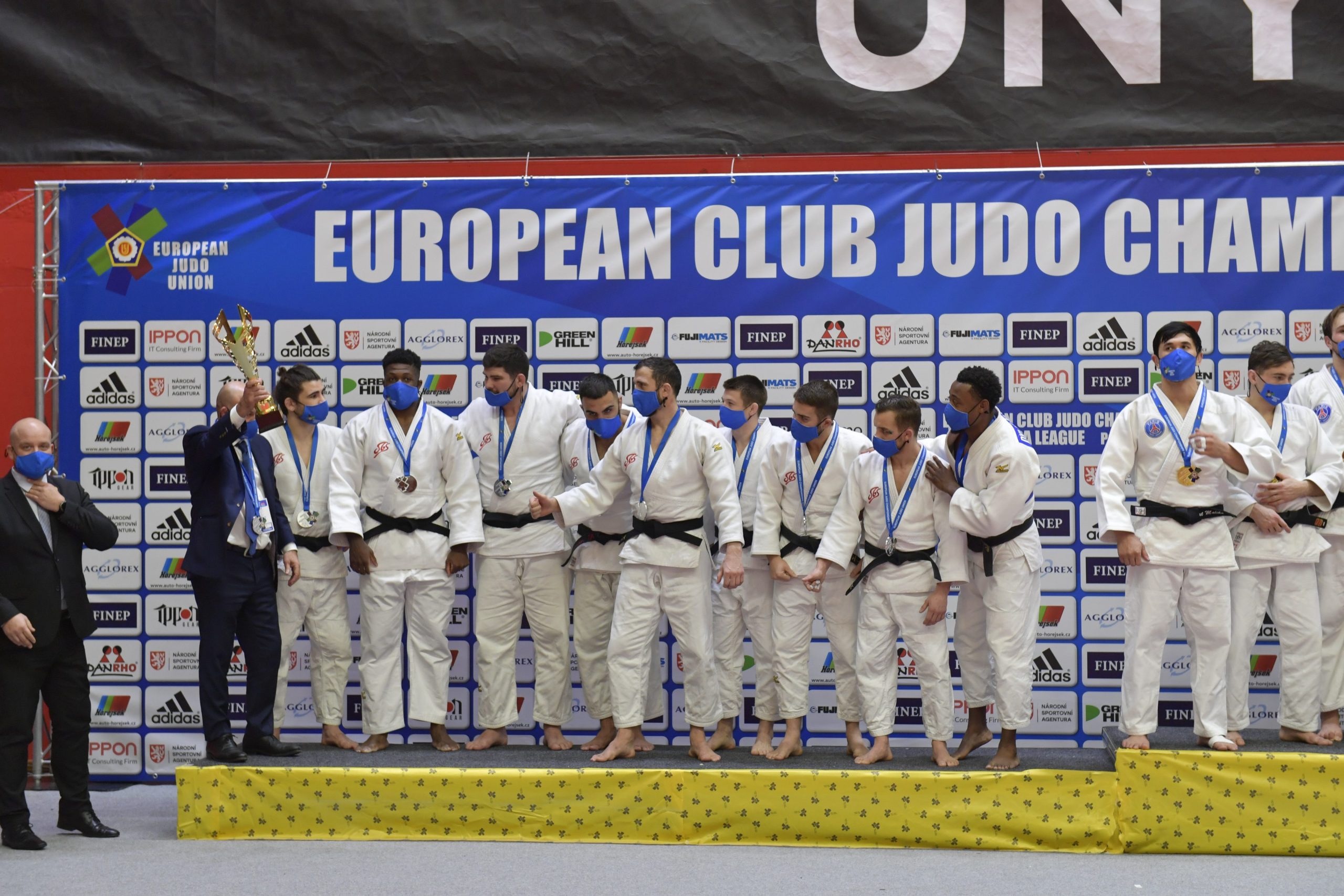 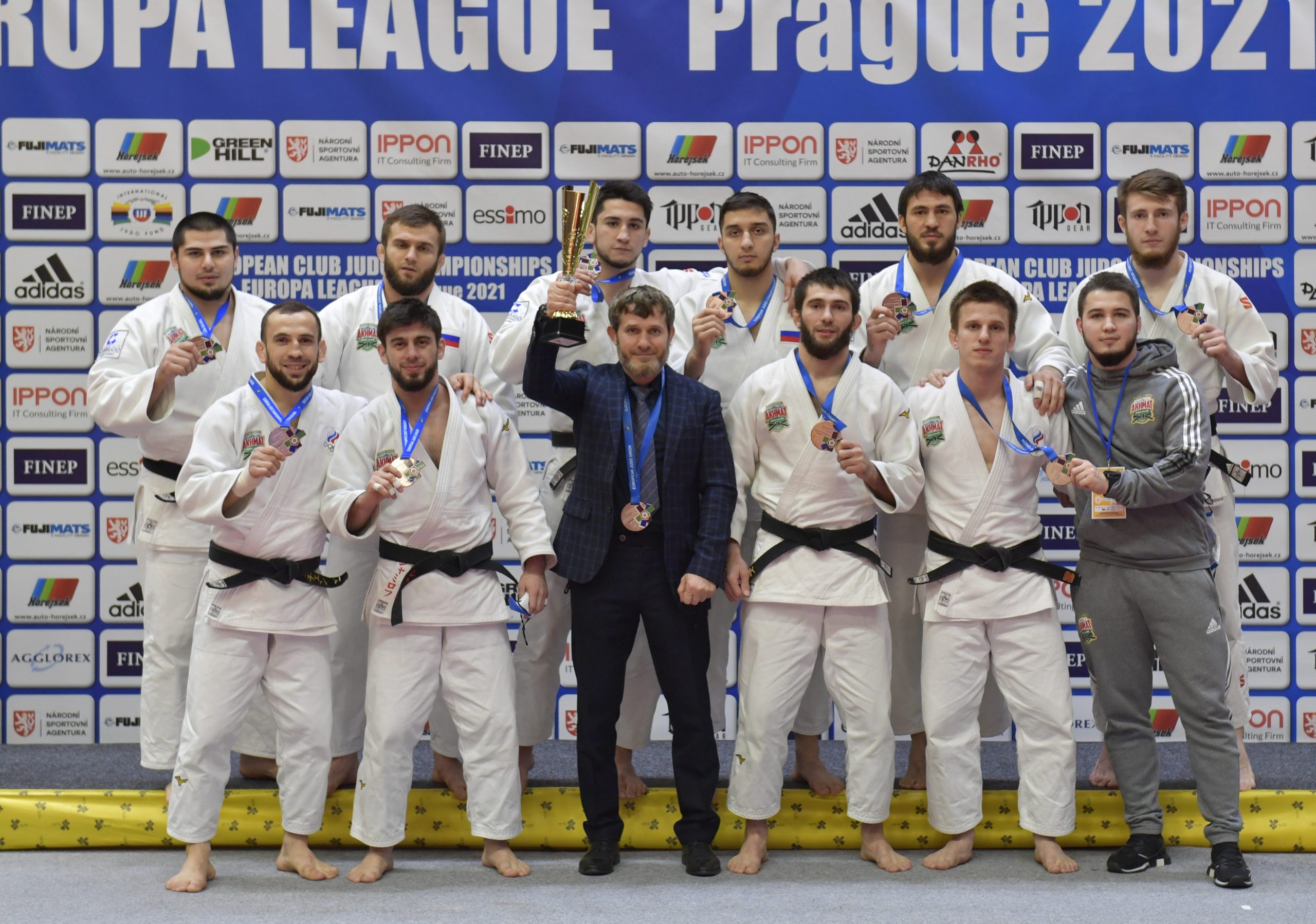 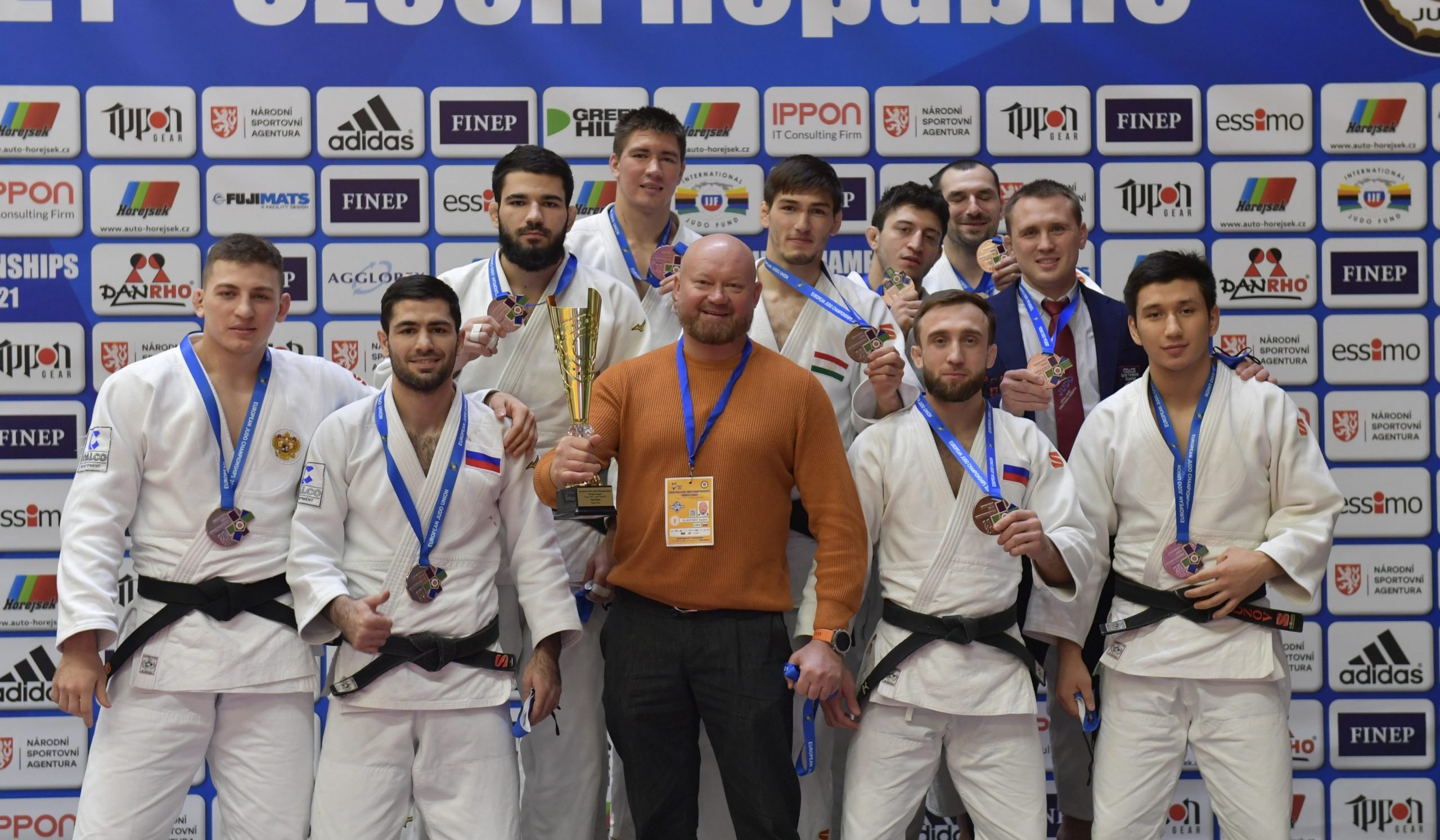