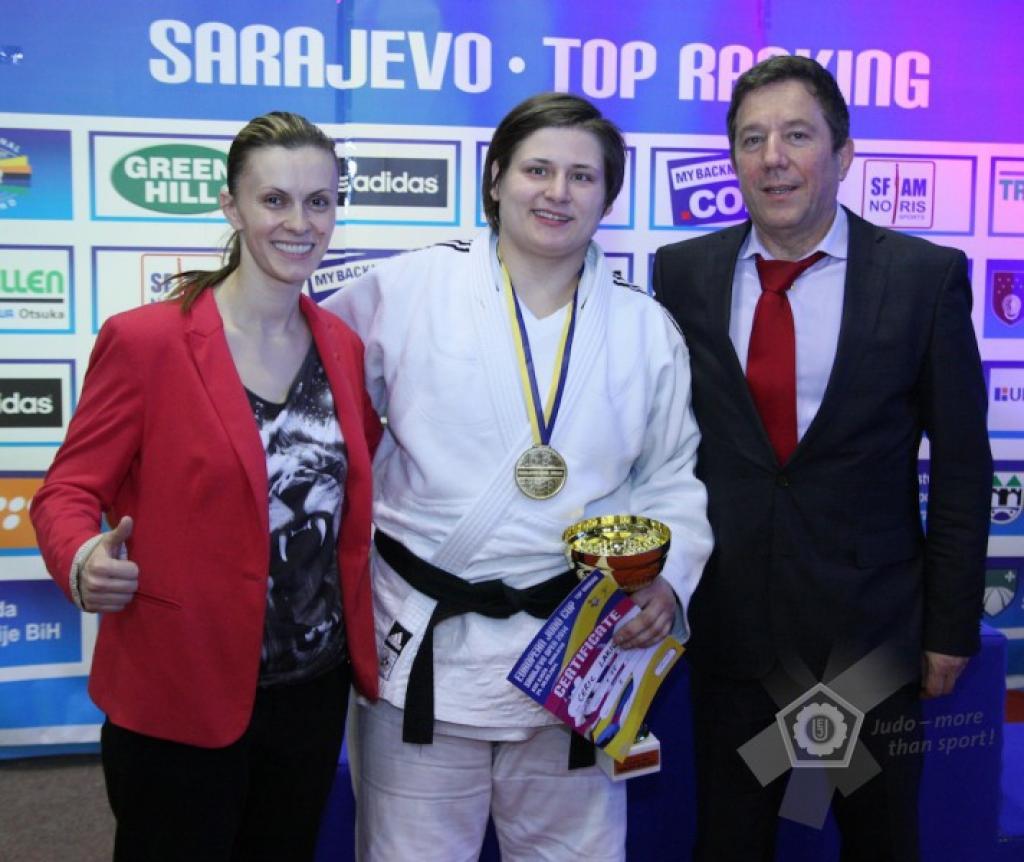 France was the winning country at the European Cup in Sarajevo this weekend. The French team collected five gold medals and 8 medals in total.

Three nations won two gold medals and all lost one final: Great Britain, Hungary and host nation Bosnia-Herzegovina. Especially for the host this was a marvelous result. In the women’s category U70kg it was Aleksandra Haracic who claimed the gold defeating Desiree Gabriel of Switzerland. Larisa Ceric was more expected in the women’s heavyweight category. Ceric was able to overcome Rebecca Ramanich of France. Caroline Kinnane won again an international event, last week in Buenos Aires, this week gold in Sarajevo. The Brits are doing well in the category U78kg in 2014. On Sundy Great Britain celebrated another gold by heavyweight Philip Alcaraz who won senior gold against Christoph Kronberger (AUT). Barna Bor of Hungary won the heavyweight category proving he is ready for Montpellier. Laszlo Csoknyai was the strongest in the category U81kg in a field of 43 participants. France was strong at day one, last weeks traditionally strong U73kg and also in Sarajevo where Jordan Amoros won gold aginst Mitar Mrdic. Mathias Boucher defeated Farid Ben Ali, both from France in the final U66kg. Russia won gold via Makhir Gasabov U60kg and World Military Champion Milan Randl showed everyone he is still a medal contender in the senior category U90kg. Serbia celebrated the first gold of the event by Milica Nikolic in a final U48kg against talent Reka Pupp (HUN). Lucile Duport won the category U52kg against Sarah Strohmeyer, the first of two Austrian losses in a final this weekend. Another French victory by Cindy Huber (FRA) against Connie Ramsay (GBR). Maelle Di Cintio completed the French success in the women’s category at day one winning the category U63g against Sandrine Billiet (BEL). Watch all photos online.