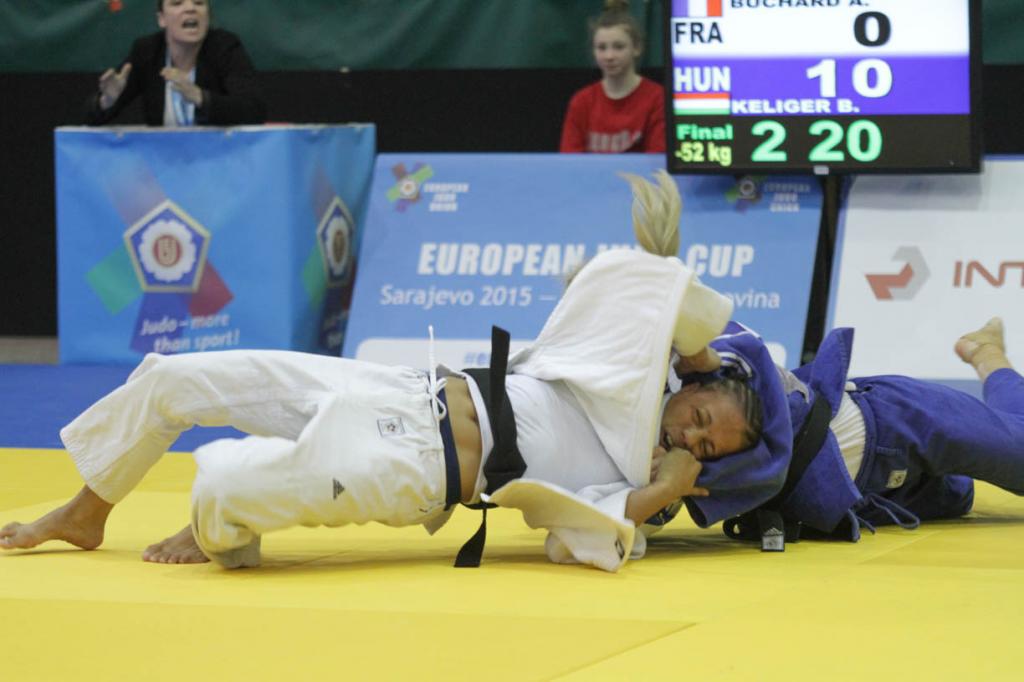 The French stars, Dmitri Dragin and current World bronze medalist Amandine Buchard impress Sarajevo audience with their quality by taking the gold medals. Both judokas had five matches, but Dragin made it better than Buchard in statiscal way, he won all the fights at the European Cup by Ippons. Confident, secure, control are the words which today describe the best these two athletes.

At the Opening Ceremony welcome speech was done by the President of Bosnia & Herzegovina Judo Federation Branislav Crnogorac who said: “It’s pleasure to have you all here at our tenth edition of the European Cup. BIH Judo Federation became a member of the IJF & EJU in 1993, and since then we only move step forwards. It is incredible but not impossible, this year we’ll organize the biggest competition in Bosnia and Herzegovina ever. The World Cadet Championships will be held here in Sarajevo in August.”

During the opening ceremony, the award was given to Amel Mekic who retired from competitive judo this year. Amel Mekic was European Champion 2011 in -100kg category.

Watch all the result details and photos on link below: