FRENCH MEN MAKE IT DOUBLE JOY AS THEY DOWN REIGNING CHAMPIONS 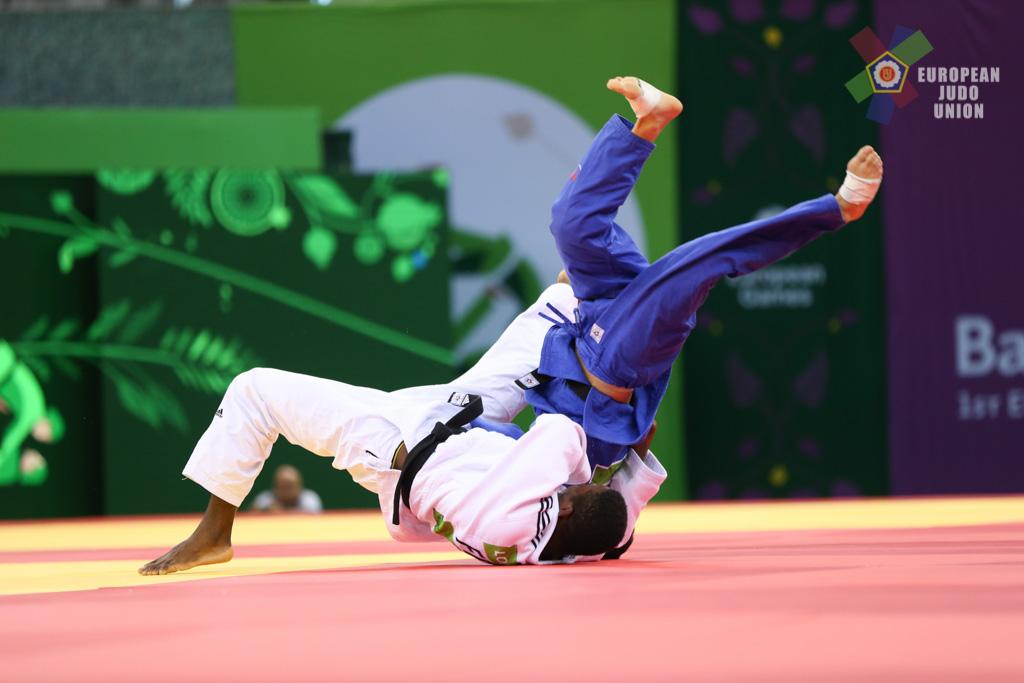 Widely regarded as the best team in the world, the power and the might that is Georgia lost its European title to a finely tuned and tactically superior French team. The French, inspired by having seen the French women win gold moments earlier, went about their task in a business like manner without ever appearing too flashy, putting out a weakened Russian team in the semi final, whilst Georgia, in typical power mode eased passed Hungary.

In the final Loic KORVAL led from the front defeating Amiran PAPINASHVILI. Next up it was Pierre DUPRAT who managed to get past Nugzari TATALASHVILI by a single yuko to make the score 2-0, putting the Georgians in a must win situation. And so it was that Avtandil TCHRIKISHVILI was handed the responsibility. But it was not to be. “I knew that I had to do something different today; after all, he was full of the success of his gold medal from the previous day. But it was not really how I wanted to fight, I mean, it looked very defensive and only when he [Tchirikishvili] opened himself up and I felt the chance did I attack and that is when I scored,” said Pietri.

With that loss the French were able to relax and, with Alexandre IDDIR injured and unable to face Varlam LIPARTELIANI, only Adam OKRUASHVILI remained. But the force was with the French and that last contest went their way too as Cyrille MARET managed to secure osaekomi against the big Georgian for ippon giving a final score line of 4-1 and the gold medal to France. When asked about leading from the front Loic Korval said “It is a big responsibility to go first but I don’t mind to take it. I simply put in my head the wishes of the team and the team’s aim. For me it is an honour and I am glad to do it.”