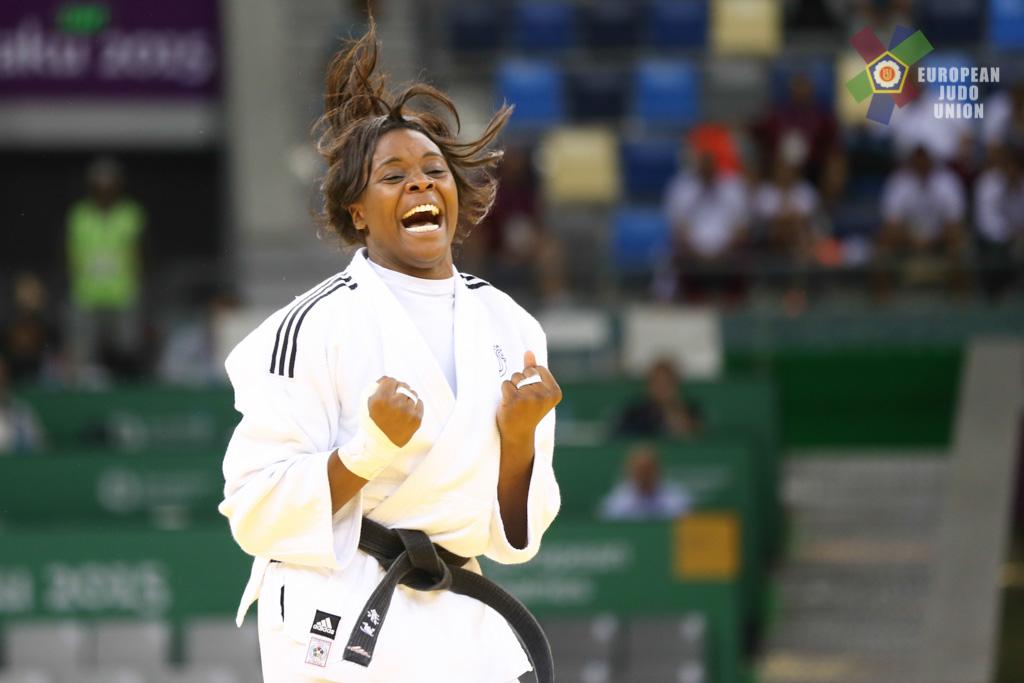 The French women’s team retained their European championship title, won in Montpellier last year, with a devastating display in the final against a powerful German team here in Baku. Every member of the German team was a European or world medallist and yet they were thumped by what may be considered a French B team that lacked the big names of Pavia, Emane, Tcheumeo and Andeol. Germany had defeated Russia in their semi final whilst France eased past Slovenia to reach the final. Once the show got underway the French lost only one of the five contests in the final match and that was when Annabelle EURANIE was narrowly beaten by Mareen KRAEH. After that it was downhill all the way for the Germans beginning with Miryam ROPER losing to Laetitia BLOT then in quick succession Martyna TRAJDOS, Szaundra DIEDRICH and Luise MALZAHN were all thrown for ippon to leave France celebrating an overwhelming and convincing win by a score of 4-1.

French coach Martine Dupont had this to say about her team’s win, “I had a look at the German team and was well aware of their strength. Nevertheless, I was confident of my team’s ability to give the Germans a close match. I will be honest and say that certainly did not expect us to destroy them as we did. But that is judo sometimes.” For Laetitia Blot, for so long in the shadow of Automne PAVIA, it was a chance to make up for what she said was a disappointing showing in the individual competition. “I was so upset at having missed my chance to do well in my individual event. Today, with my team, I held nothing back and particularly in the final with Roper I could think of nothing but the win for the team,” said Blot.