FRENCH SUPERSTAR SET TO TRIUMPH IN HOME OF JUDO 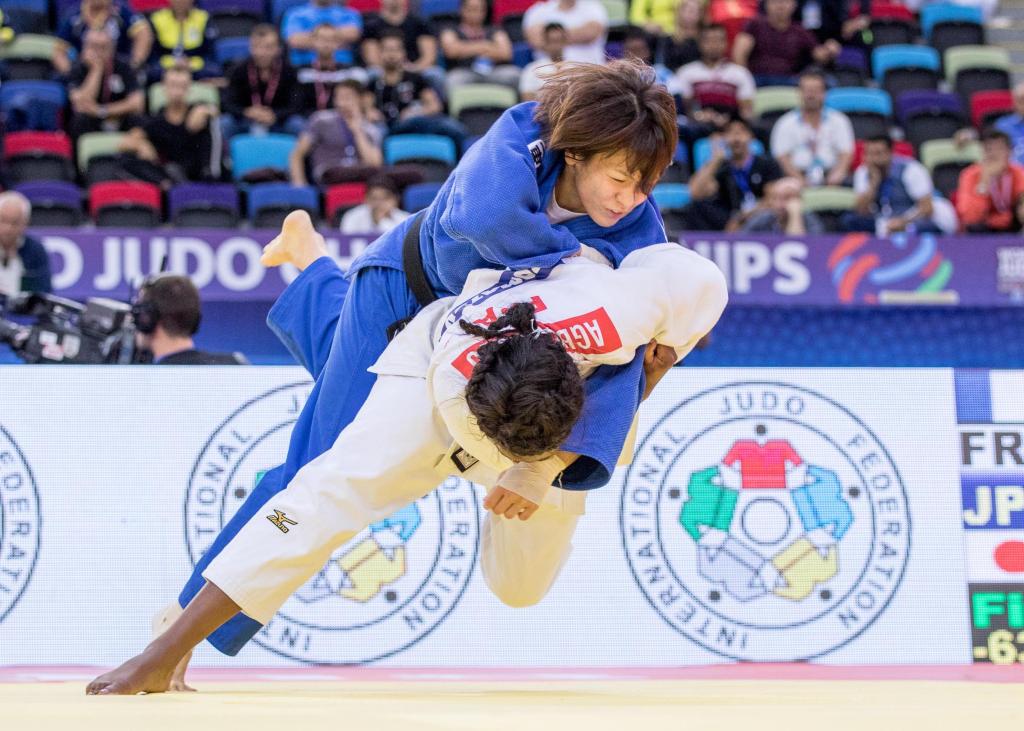 Three-time World Champion, Clarisse AGBEGNENOU is back and ready to take gold medal #4.

Though there will be some serious competition, AGBEGNENOU has been very much the -63kg category fortress, taking victory in each of her ventures since the Paris Grand Slam in 2018. Another World title would be phenomenal for the French star, however her main aim is the Olympic gold in 2020 on the very same stage.

The current Olympic Champion and main rival of AGBEGNENOU, Tina TRSTENJAK (SLO) is coming in as the #2 seed which means the two could be facing their 9th final head to head in a bid for the World title. The Slovenian athlete most recently took a gold in the Zagreb Grand Prix in her World Championship preparation.

Outside of the top two seeds we have a number of World and European medallists that are looking for the cracks in the armour of the current title holders, all aspiring for that #1 spot.

Juul FRANSSEN (NED) took a bronze in the World Championships last year in Baku, affirming her place in the top athletes in the -63kg category and this year she brings a team mate in to the top 6. Sanne VERMEER is the current junior World Champion but has been on the senior scene for a while now, taking her first IJF Tour medal in The Hague Grand Prix in 2017 and her first gold this year in Tbilisi. The 21 year-old took an impressive bronze at the European Games this year, defeating the former Games Champion, Martyna TRAJDOS (GER).

Reigning World Champion Saeid MOLLAEI (IRI) will certainly be the man to beat in this tournament, each of the -81kg category men chasing him down to take his title.

Among the many desperate to take the gold is Sagi MUKI (ISR), the 2018 European Champion has secured two Grand Slam golds in Baku and Ekaterinburg, only just missing out on a third in the Paris Grand Slam to another solid talent, Dominic RESSEL (GER).

In the 2018 World Championships, RESSEL faced a great challenge in his bronze medal fight, German rival and 2017 World Champion, Alexander WIECZERZAK, and unfortunately fell away from the medal ceremony. Since this, RESSEL has gone on to secure a Paris Grand Slam gold and took bronze in the Dusseldorf Grand Slam in front of an ecstatic home crowd. With his team mate now unseeded, there is no telling whether or not the pair will have to fight it out again for a place on the podium, though much experience has been gained since then.

Pipping RESSEL to the #4 spot is the current European Champion, Matthias CASSE (BEL). The junior World Champion has been somewhat inconsistent in his senior career, however when it is his day, CASSE really outshines his opponents. He is now the owner of a bronze medal from both the Baku and Dusseldorf Grand Slam tournaments and most recently a bronze in the Montreal Grand Prix. It seems that MUKI has been a difficult opponent for this young athlete, and with the seeding putting them on either side of the draw, the pair could meet in the final block.

CASSE isn’t the only young talent in this pool of senior athletes. Luka MAISURADZE of Georgia is ranked #24 in this tournament and #29 in the WRL, however, the current junior European Champion has stepped up to the plate, medalling in the Ekaterinburg Grand Slam, European Games and even taking gold in the Antalya Grand Prix, defeating CASSE on his way to the top.

Once again, results go to show that it can be anyones day to take the gold and judo continues to be unpredictable, the younger athletes ready to stir the pot in Japan.