FRENCH WOMEN MAKE IT FOUR OUT OF FIVE IN JEJU 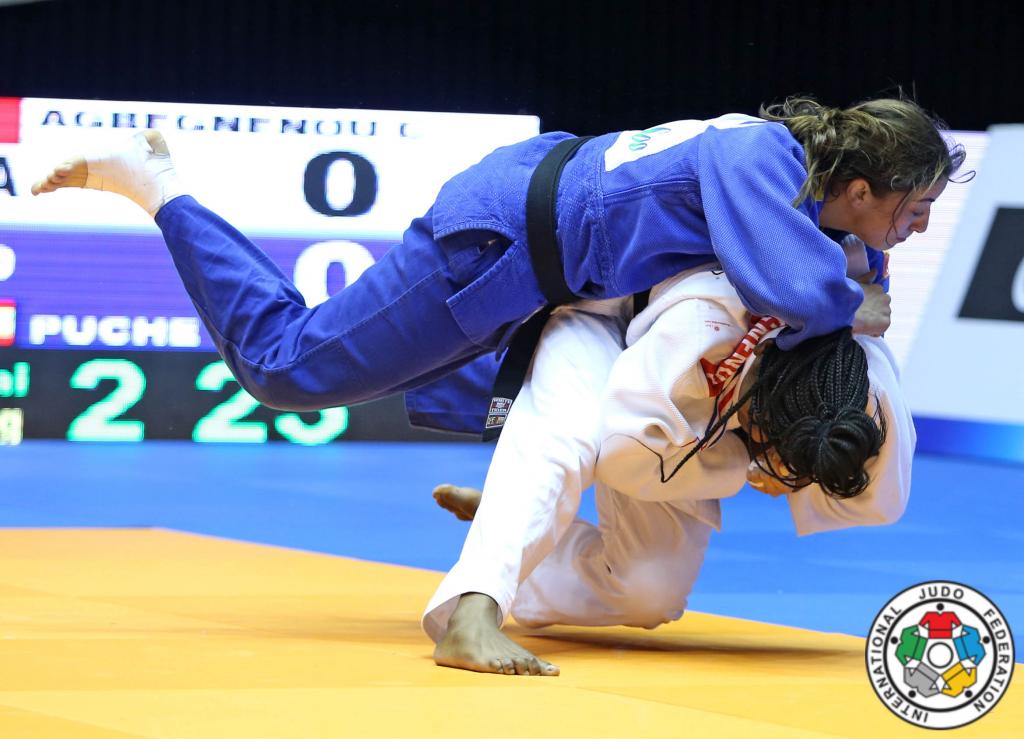 French duo Clarisse Agbegnenou -63kg and Gevrise Emane -70kg both won gold medals on the second day of the Jeju Grand Prix in Jeju, Korea. This brings the French gold medal tally to four, Buchard -48kg and Pavia having won gold medals on the opening day. Current world champion Agbegnenou was in commanding form as she swept aside all opposition showing little sign of having even broken sweat. Whilst that may come across as condescending to some, the fact of the matter is that no one was able to pose Agbegnenou any kind of threat, leaving the world number one not only with a clean sheet but three crunching ippons in the win column. Janine Nakao USA, in one of her best performances, kept pace with Agbegnenou into the last minute of their contest. The single shido collected by Nakao early in the contest left the American chasing the contest and, in the end, saw her run onto an ippon. Bay Jiyun KOR took Agbegnenou the distance but the Korean too failed to score, collected two shido along the way and with that Agbegnenou was into the semi final. Nadja Bazynski GER made a spirited effort to tackle what for this past year has been the unstoppable force, but she too went over to ippon leaving Agbegnenou to take her place in the final. The remaining three seeds from the top four all failed to reach the medal rounds (no.2 Trajdos GER lost in the opening round to Han KOR, whilst no.3 Joung KOR and no.4 Baldorj MGL both lost to Bazynski GER). In the final Agbegnenou threw Isabel Puche ESP powerfully with o soto gari for ippon. Asked what was next for her Agbegnenou said “I’ll be training in Tokyo with much of the French team before heading back to Europe to compete in Hoofddorp with my club Argenteuil in the European Club Cup. That will be the year for me”.

For the rest of today’s results see: