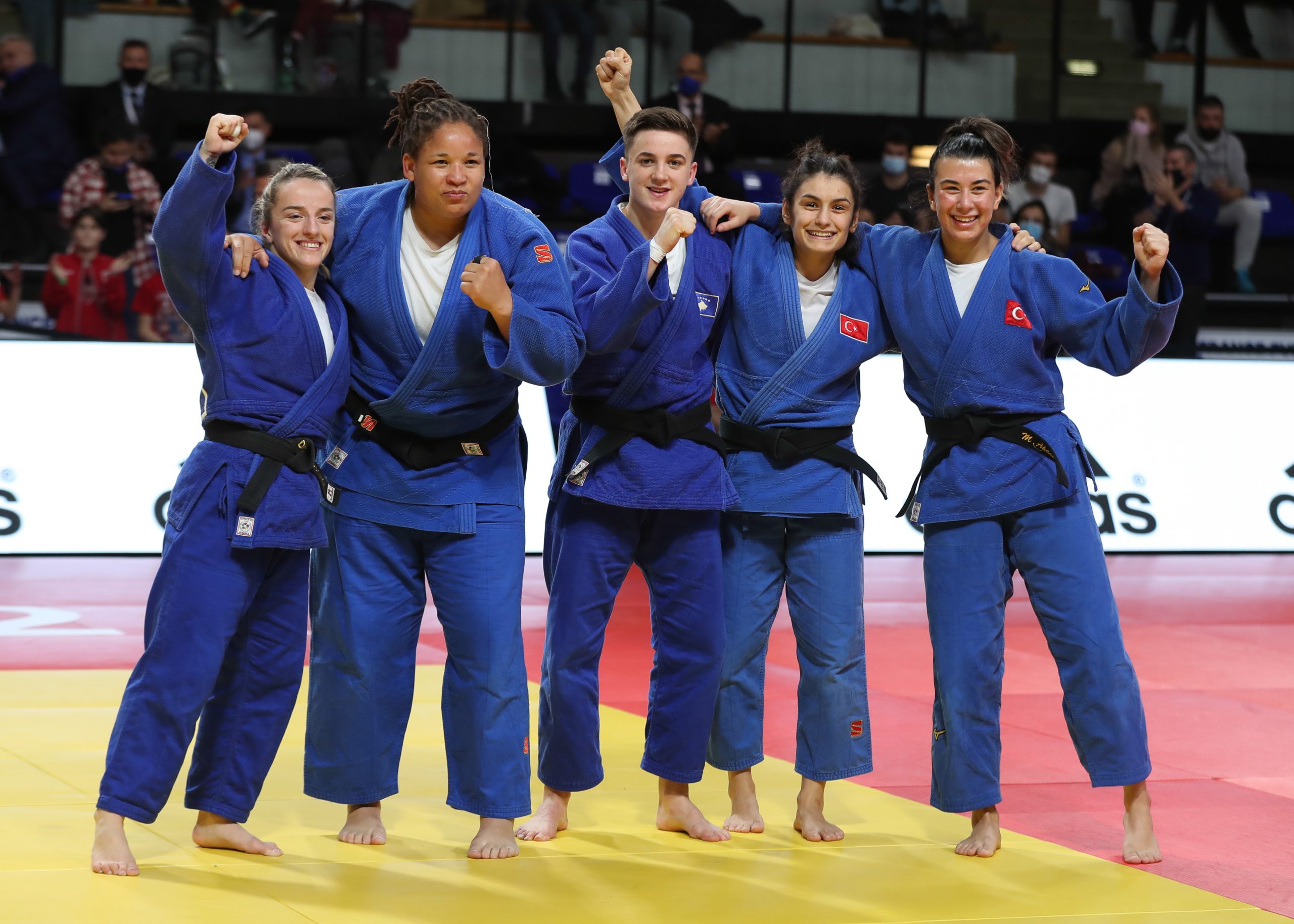 In glorious style, Paris hosted the European Club Championships Champions League 2021, the calibre of talent easily rivalling that of a top IJF event given the star-studded line up.

It was an extremely tough test, but women’s French teams RSC Champigny took their place in the final against Galatasaray Istanbul and SGS Judo took on Serbia’s Ujisk Slavija for bronze. In the men’s side, the current French national champions, Flam 91 found themselves competing for bronze against Germany’s national champions, TSV Abensburg.

Following a dynamic preliminary round, the Champions League was opened by President Sergey Soloveychik of the EJU President Stephane Nomis on behalf of the French Judo Federation. Once the official ceremony was over, we prepared to welcome the bronze medal contenders to the tatami. 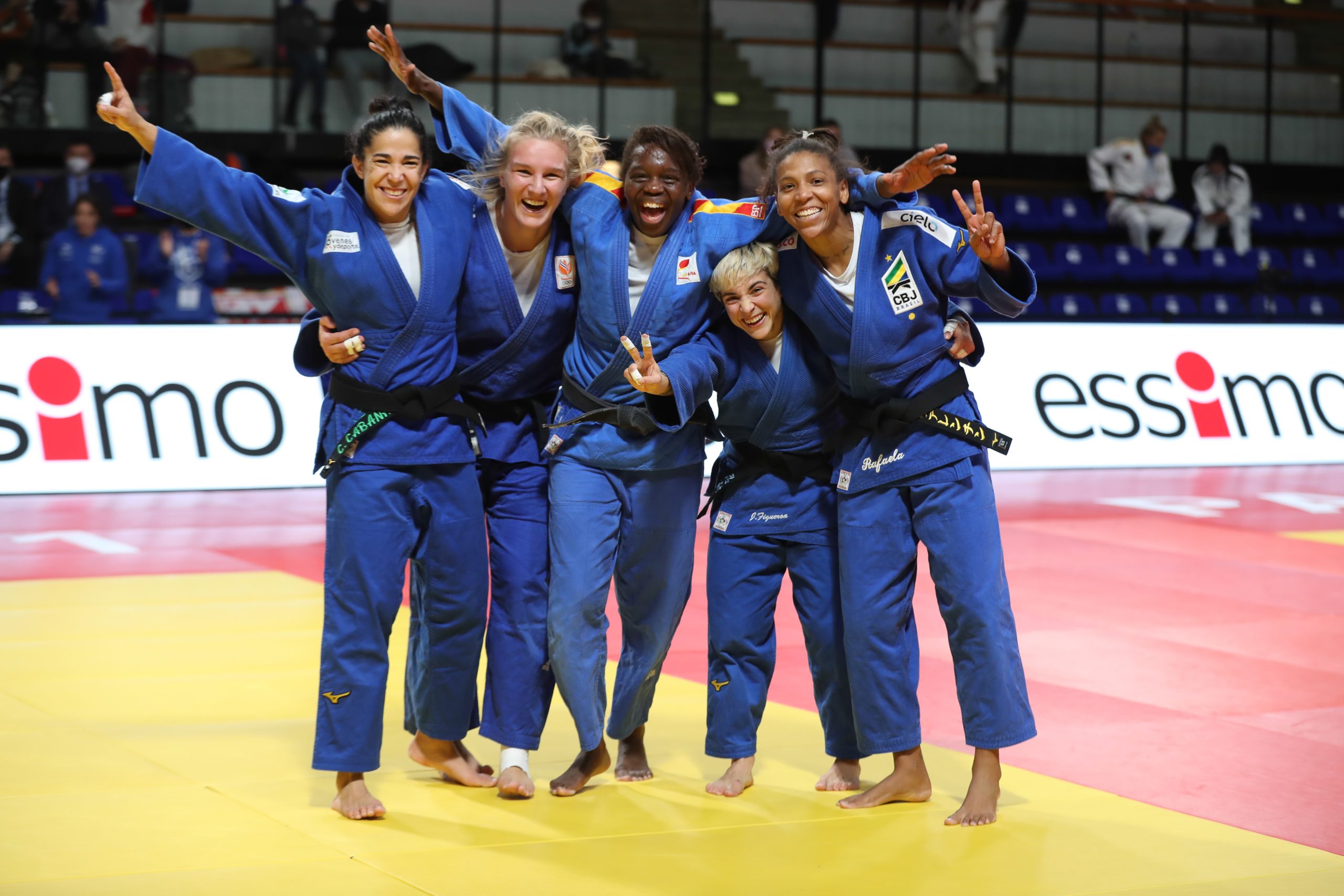 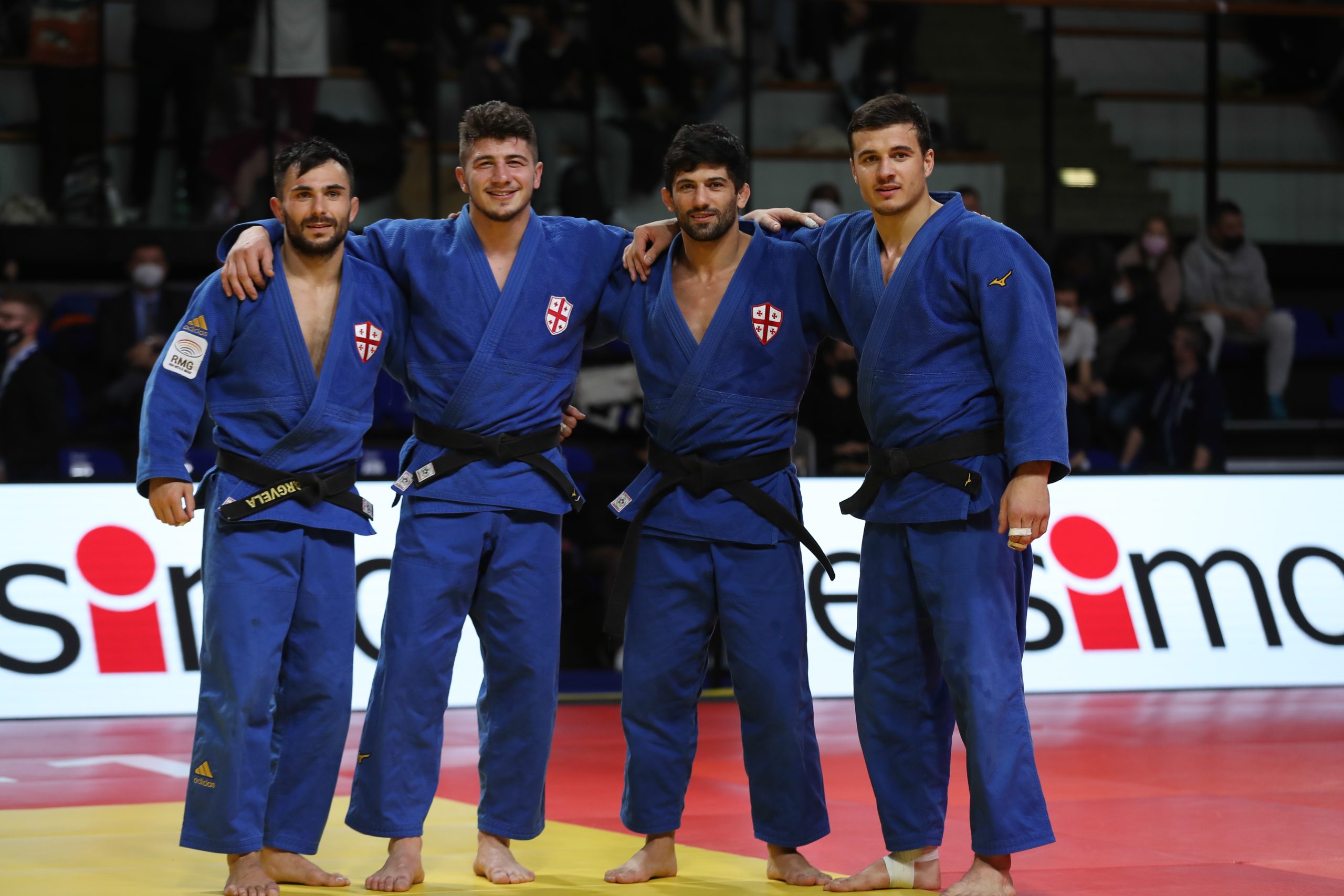 The returning champions, RSC Champigny had an uphill battle on their hands, the performance of Galatasaray Istanbul was incredible in the preliminary rounds and was off to a blinding start with Distria KRASNIQI’s uchi mata giving them the first win in under 20 seconds. Hazret BOZKURT followed the trend with a second difficult win but the third was by far the most gruelling. Agathe DEVRITY of RSC controlled the pace and looked to be more active in the first minute but Laura FAZLIU kept her composure and despite an onslaught from the French, was able to throw beautifully with uchi mata. This meant that Galatasaray were the new Champions League title holders. Now the pressure was off, Minel AKDENIZ could relax and enjoy her contest, and she added to the winning tally. Finally we saw Kayra SAYIT close off the final and with a winding harai maki komi, she made the score 5-0 for her team. Celebrating with the team after the medal ceremony, Fazliu shared,

It felt so good and made me really happy to win the third contest knowing my team are now champions. It was my first time in the European Club Championships and now we leave with the gold medal, I couldn’t be happier.

Fazliu and Krasniqi continue the tradition and longstanding friendship between Turkey and Kosovo as Majlinda KELMENDI and Nora GJAKOVA also competed with them for many years. 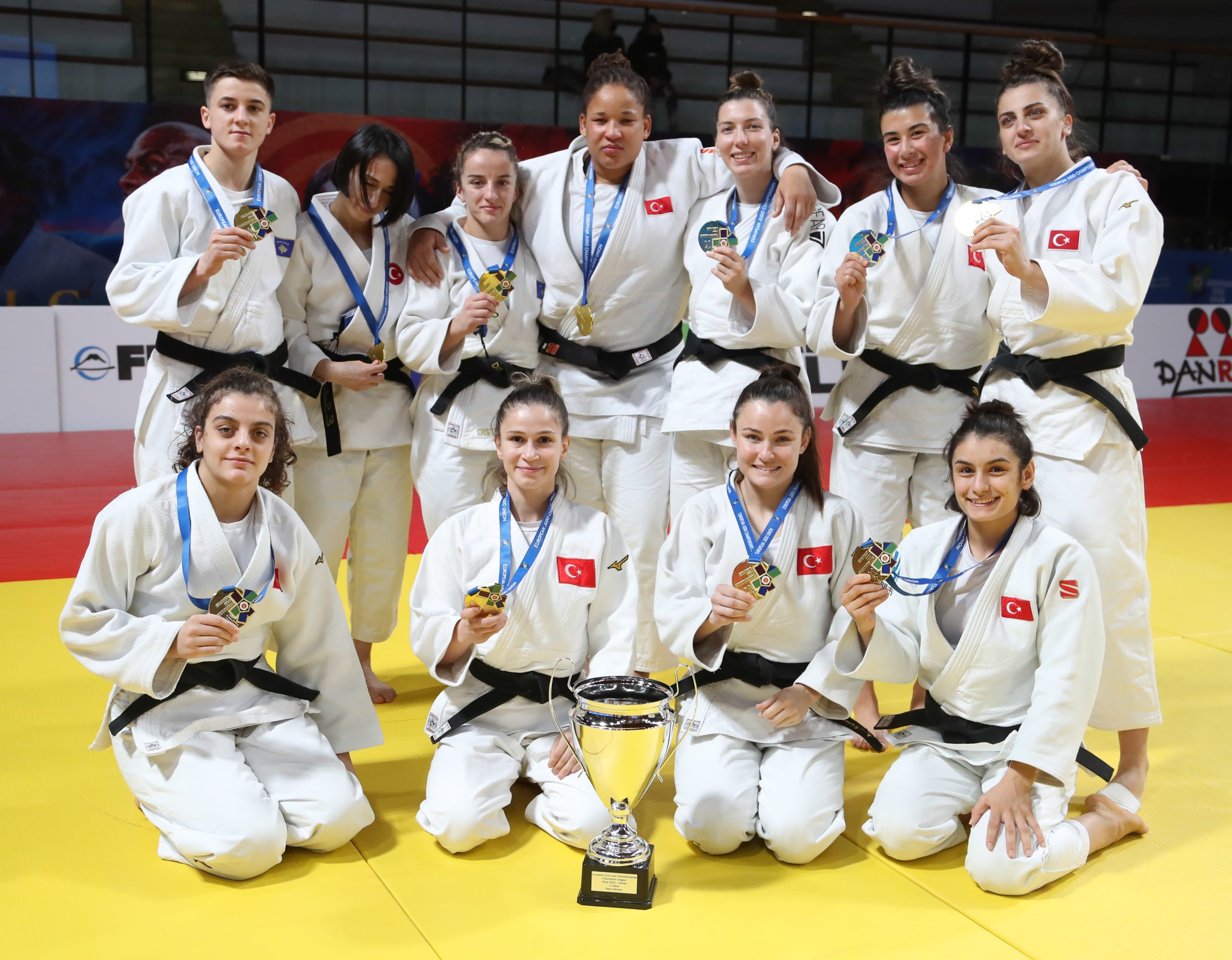 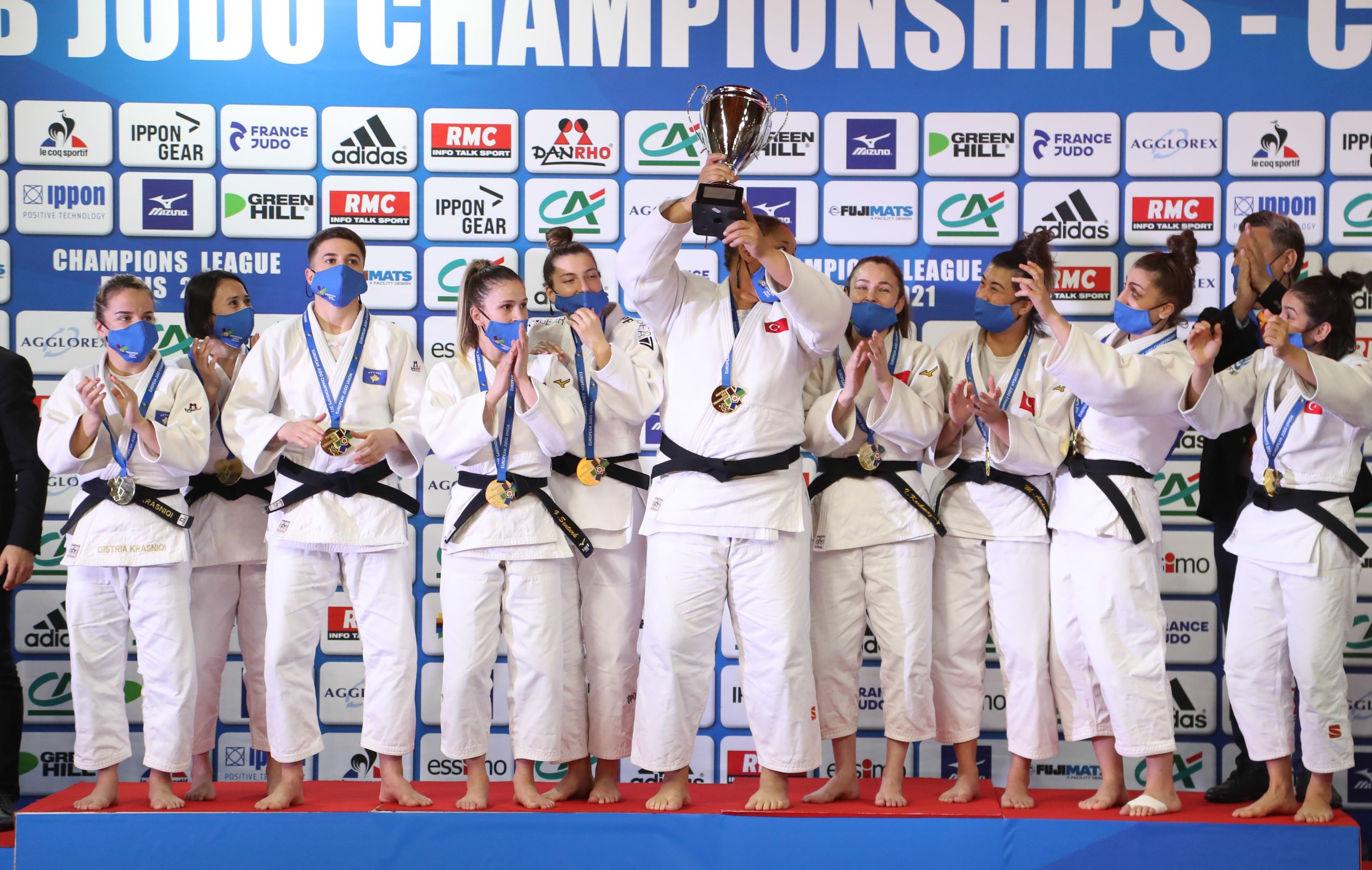 In the Institute National de Judo today, you’d be forgiven if you thought we were in fact in Serbia given the incredible support that Red Star Belgrade had. Though the club flags were flown, the first win was taken my Murad CHOPANOV of Yawara-Neva in a lovely counter attack. Olympic silver medallist Rustam ORUJOV was up next against the Russian rising star Makhmadbek MAKHMADBEKOV and on this occasion, experience could not help the Red Star team meaning the Russian team led 2-0. Despite a tremendous effort from Zebeda REKHVIASHVILI, Aslan LAPPINAGOV won the necessary third contest for Yawara Neva to take back their 2017 title. It wasn’t over yet, though, Nemanja MAJDOV worked very hard in to golden score to secure the first win for his team. This ended up being the only win as Inal TASOEV made it 4-1 for Yawara Neva. Sport Director of Yawara-Neva, Vitaliy MAKAROV was extremely proud of the teams success,

We are the best of the best, we have ten titles here now, ten times we have come to the golden place from Yawara in this kind of club competition and we are very happy with the results and the great job we have done. To have this number of wins is impressive, the level of this competition is very high and to win against Olympic and world champions is not an easy thing to do, it allows you to be even prouder that you have become the champion. 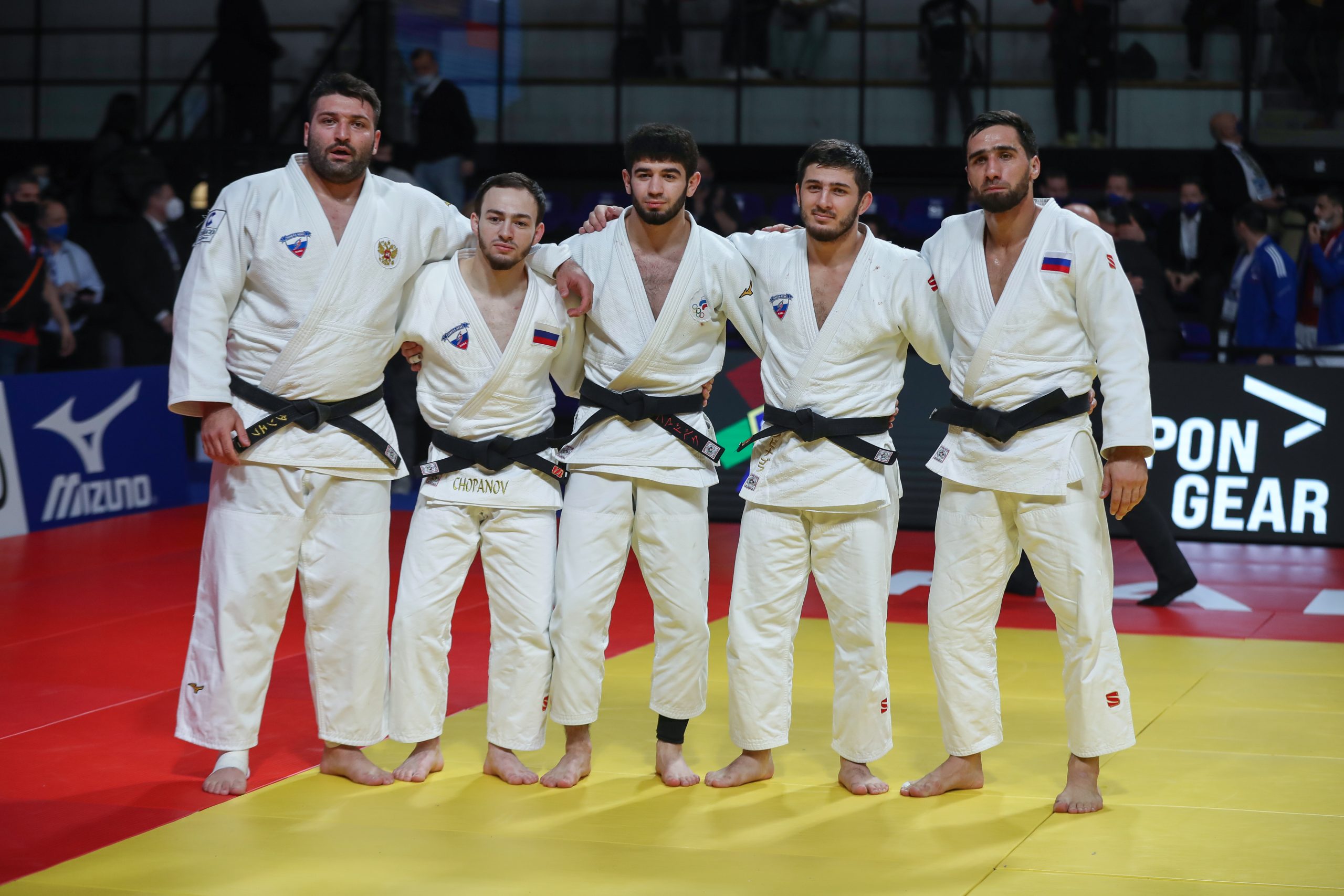 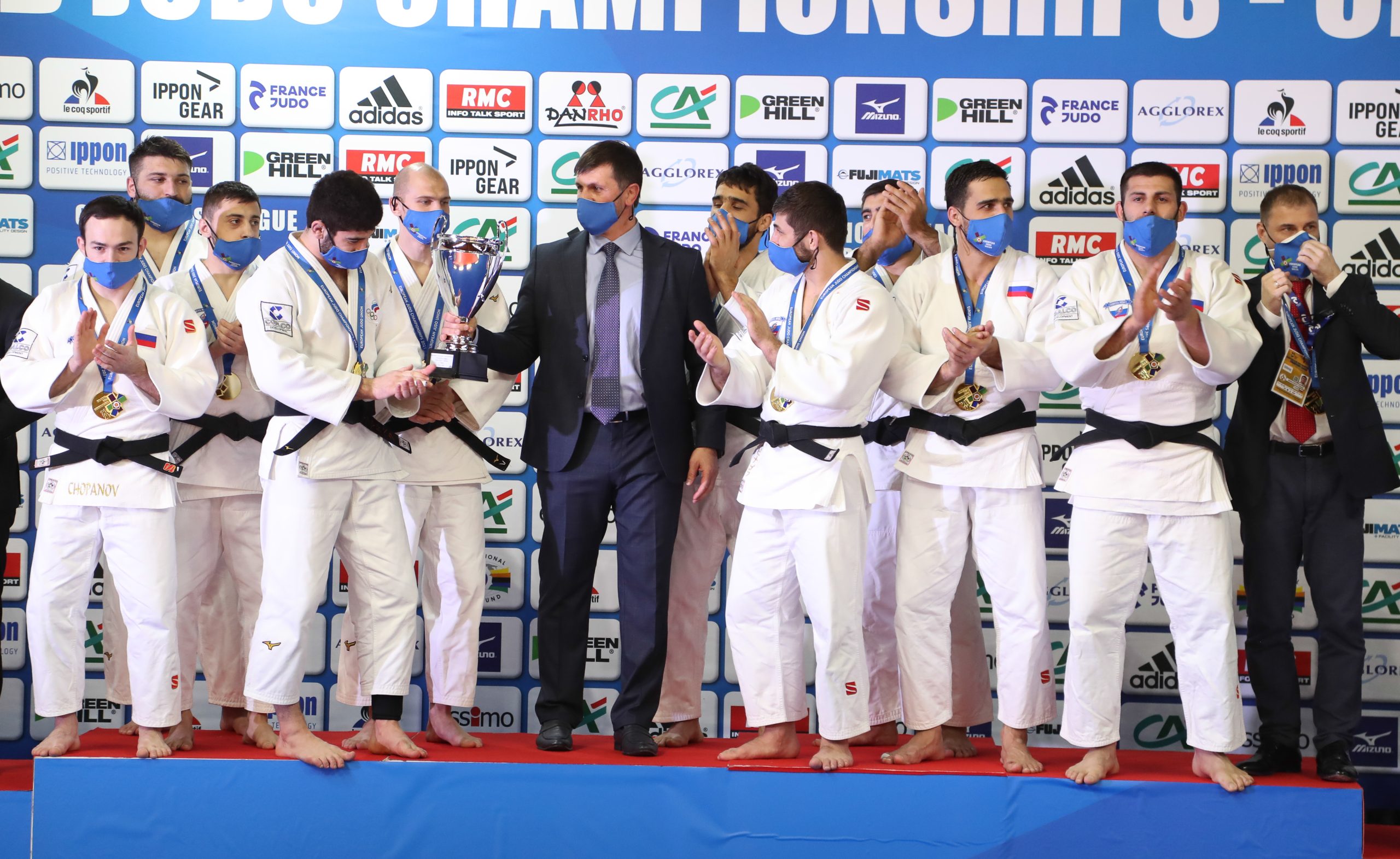 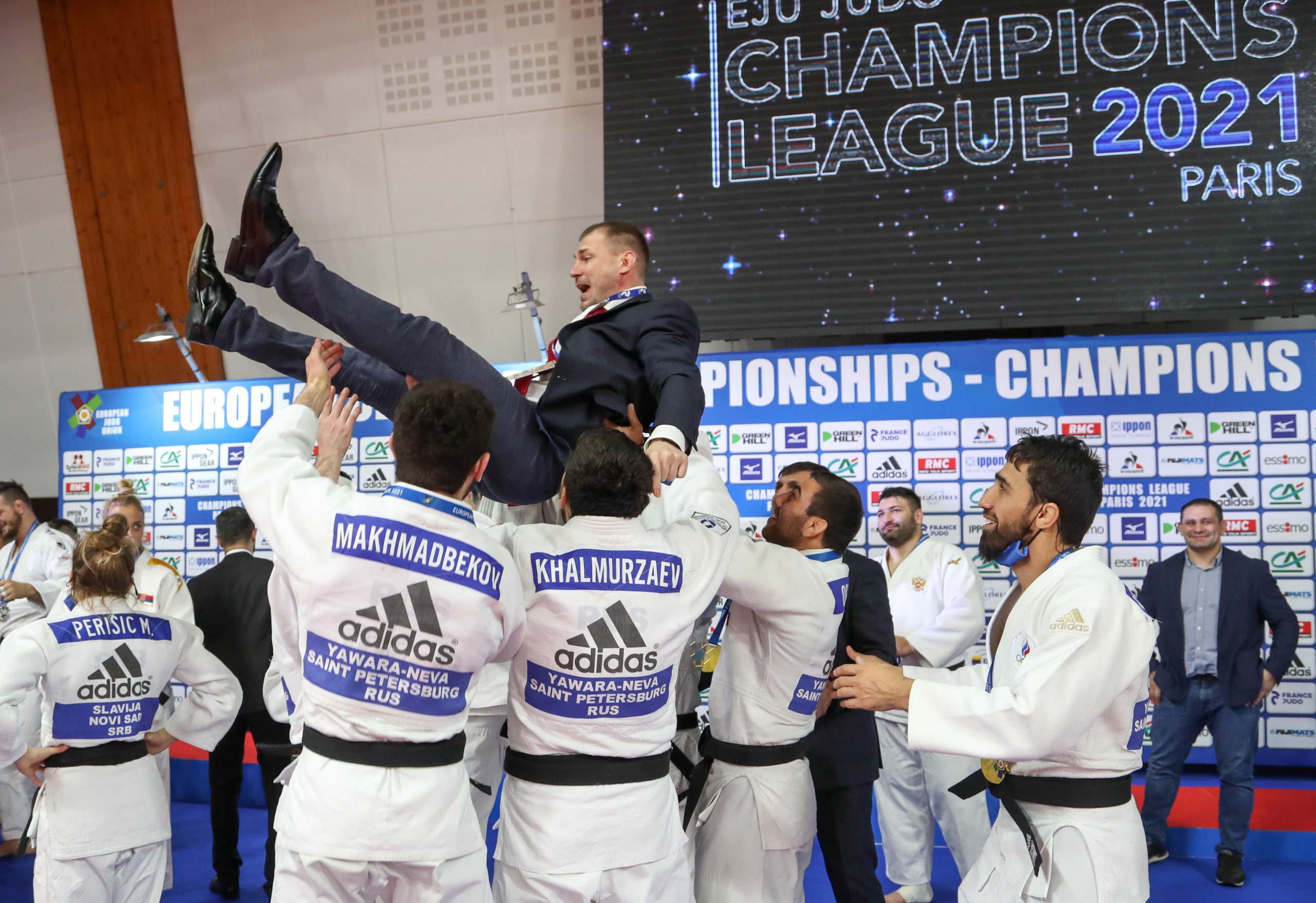 A huge congratulations to all of the clubs who competed today as the best in Europe, qualifying them for the Champions League event. We look forward to welcoming back the medallists in next years edition. 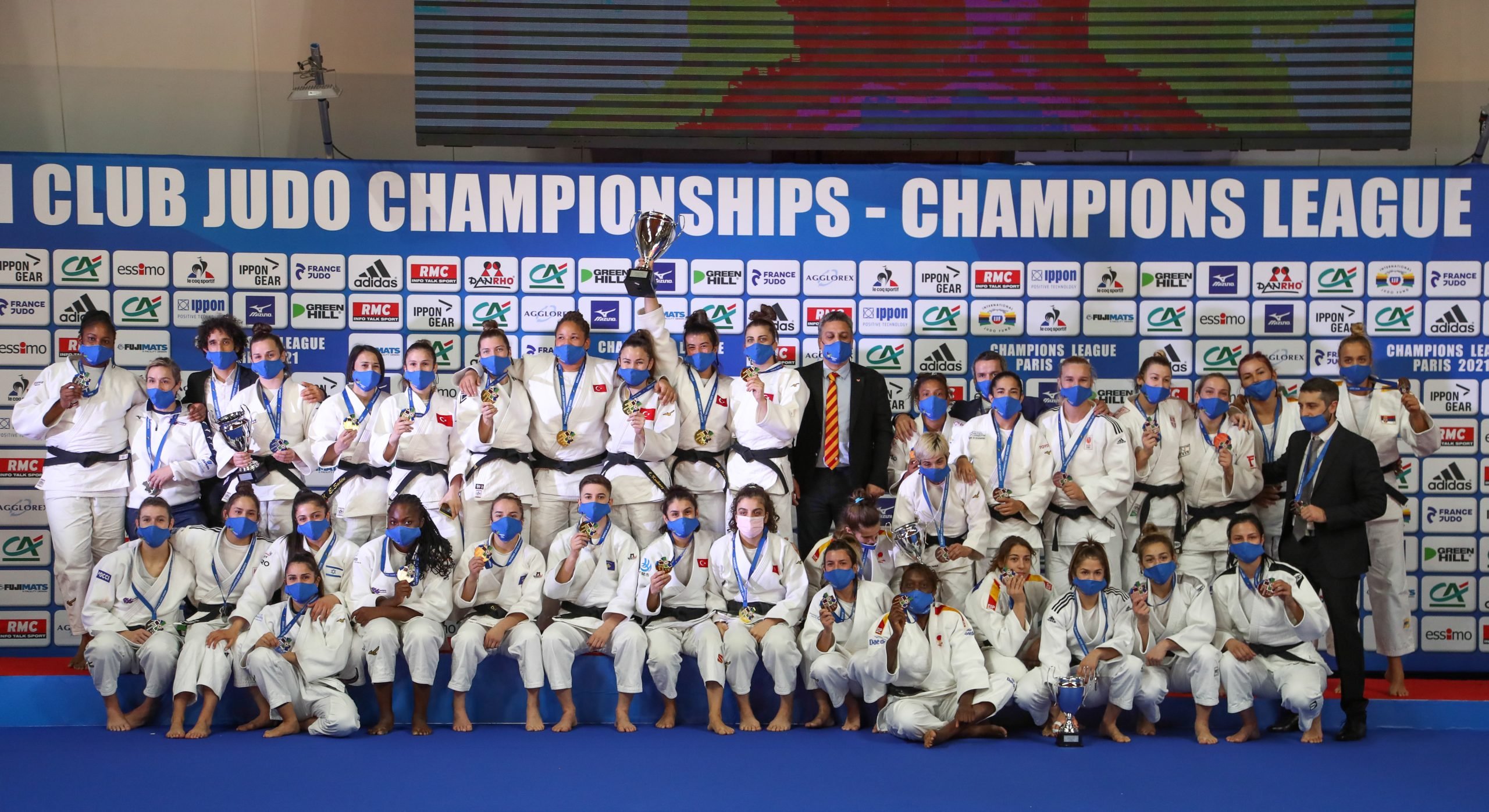