GAME OF THREES AS DETERMINED MARZOK WINS IN QINGDAO 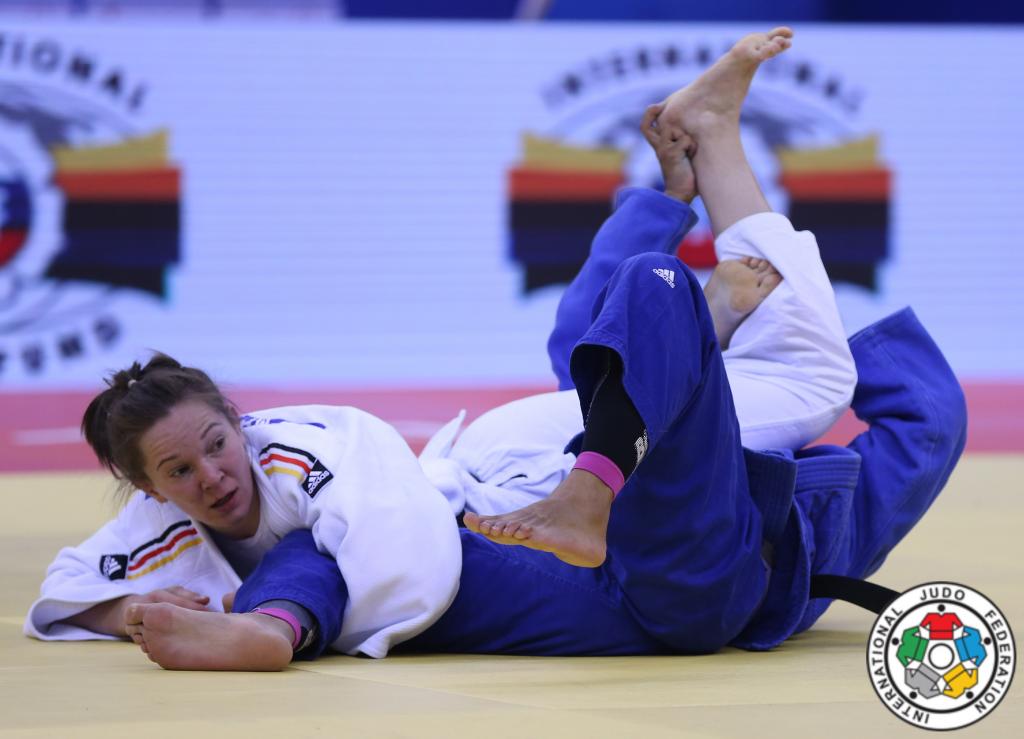 There is an old saying that certain things (welcome or otherwise) come in threes. Germany’s Iljana Marzok went some way to confirming this by taking the gold medal in the -70kg category on this her third career visit to Qingdao. Marzok’s two previous attempts to win a medal in Qingdao (2010 and 2011) left her with two 5th places. Today’s win for the 28 year old German included three ippons (two in tachi waza and, in the final, a neatly executed sangaku gatame against number two seed Assmaa Niang MAR). Marzok’s third IJF Grand Prix gold saw her finish ahead of three players seeded above her to leave plenty of threes for those of a superstitious nature to chat about. Although not quite enough to bring Marzok a top ten spot in the -70kg category this win will, nevertheless, come as a welcome reward for her efforts to keep pace in the IJF world ranking list with team mate and world number two Laura Vargas Koch. Joining Marzok in the game of threes was 2013 world champion Yarden Gerbi ISR who in an all-European final defeated Austria’s Kathrin Unterwurzacher making it three IJF Grand Prix gold medals this year. And, if that was not enough proof of the “old saying” Russia’s Sirazhudin Magomedov, with his gold medal winning performance in the -81kg category, made it three gold medals for Europe today.

It also makes him one of three Russians in the top ten of the IJF WRL. Coming into the competition as number one seed Magomedov was pushed hard all day on his way to the gold medal. He began by throwing Eri Hembatu CHN for ippon but, dare I say it, his next three contests saw him taken the distance. Magomedov won’t mind however; his gold medal means that Russia now has three.