GAMES WIN SHOWS THAT OKRUASHVILI REMAINS HUNGRY FOR THE FIGHT 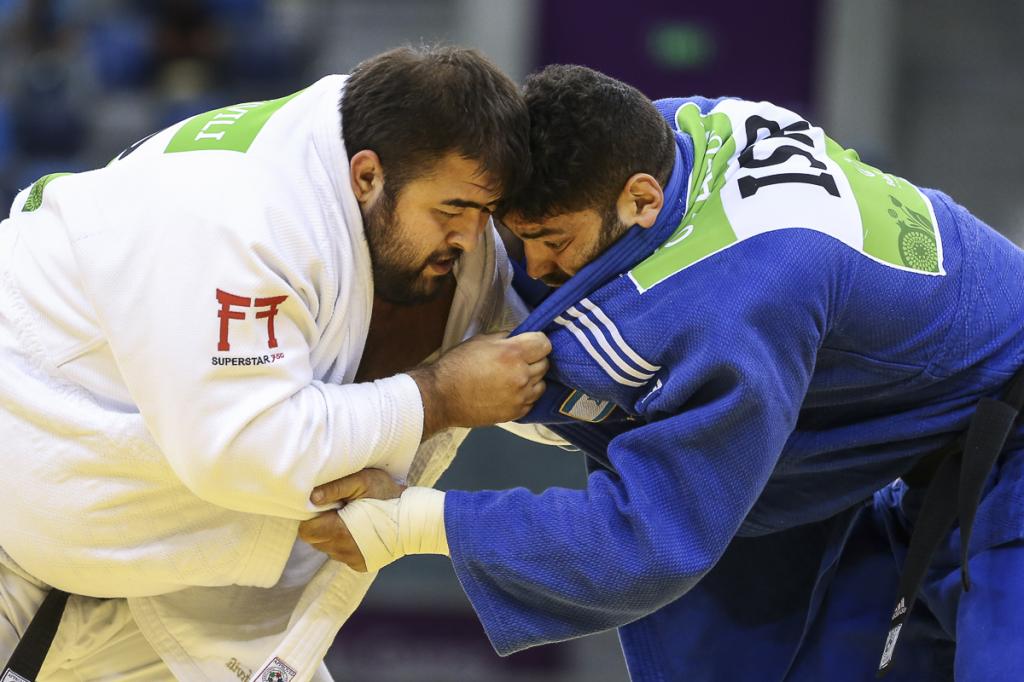 Just when the difficult question was being asked regarding the desire of Adam OKRUASHVILI (GEO) to stay at the top, up came the big Georgian with the kind of answer that should silence any detractors. Okruashvili’s gold medal win in the +100kg category on the final day of individual competition at the European Games in Baku, not only cements his place among the world’s top ten but, more importantly, it signals his continued appetite for the big stage, something that had been in doubt these past few months. Okruashvili came into the competition as number two seed behind Hungary’s BOR Barna that gave both fighters the cushion of a first round bye. Maciej SARNACKI (POL) fell at the first hurdle, unable to make any impression on the Georgian who sent him crashing for ippon after a minute and a half. The draw had been unkind to the Georgians inasmuch as it matched in the quarter final Okruashvili against team mate Levani MATIASHVILI. In an unsurprisingly close fought contest Okruashvili edged past Matiashvili on the back of a single yuko to bring about a semi final against Marius PASKEVICIUS (LTU). The Lithuanian had accounted for the number one seed, Bor Barna, in his opening contest. But half way through the contest Paskevicius too was downed for ippon.

In the other half of the draw Or SASSON (ISR) had been successful in making his way to the final. Sasson had defeated Okruashvili on three previous occasions. However the Israeli was unable to repeat those successes today and eventually was caught in osaekomi to leave the Georgian with the gold medal. “Of course it was a little bit of pressure for me because I was with my teammate in one pool. But I wasn’t trying to prove anything to anybody. I just went on the tatami and fought, and did my job. Of course I was twice as motivated because at the first European Games everybody wants to write history by winning a medal. So there was an additional motivation for me today,” said Okruashvili.