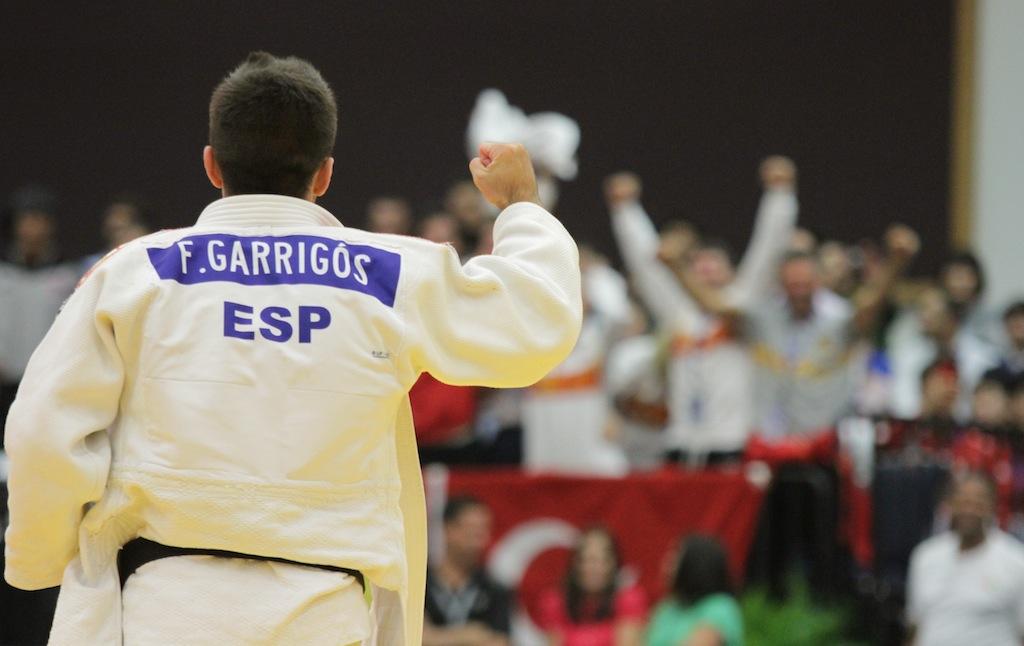 Current European Champion, Francisco Garrigos won his first World Junior title ever. In final match U60kg he was better against Mongolian Tsogtbaatar Tsendochir. 1minute and 45seconds were enough for Spanish to score an ippon. On his road to the final he beat in first round Sumiyabazar Bazarsad (MGL), while in second round he won Begil Meretgeldiyev (TKM) in golden score after he picked up penalty. Adonis Diaz of United States in America lost against Garrigos in quarter final, also like Japanese Kohei Hayashi who couldn’t find the way to jeopardize Spanish athlete.

Kamal Fikri of France was the closest to reach the Garrigos’s glory today in USA, but in final he run into very well motivated Wataru Umekita of Japan. Fikri was only European on the podium U55kg, while next to the Garrigos in U60kg there was Mehman Sadigov (AZE).

High level of judo was demonstrated today in the category U48kg by Ami Kondo (JPN). Current World Champion today just added to her medal collection World U21 title. Three European athletes had their chance to stand on the podium next to the current senior World title holder. Dilara Lokmanhekim from Turkey won silver medal and bronze medals were won by Alexandra Pop (ROU) and Patrycia Szekely (GER).

All results details you can find here:
http://www.ippon.org/wc_jun2014.php