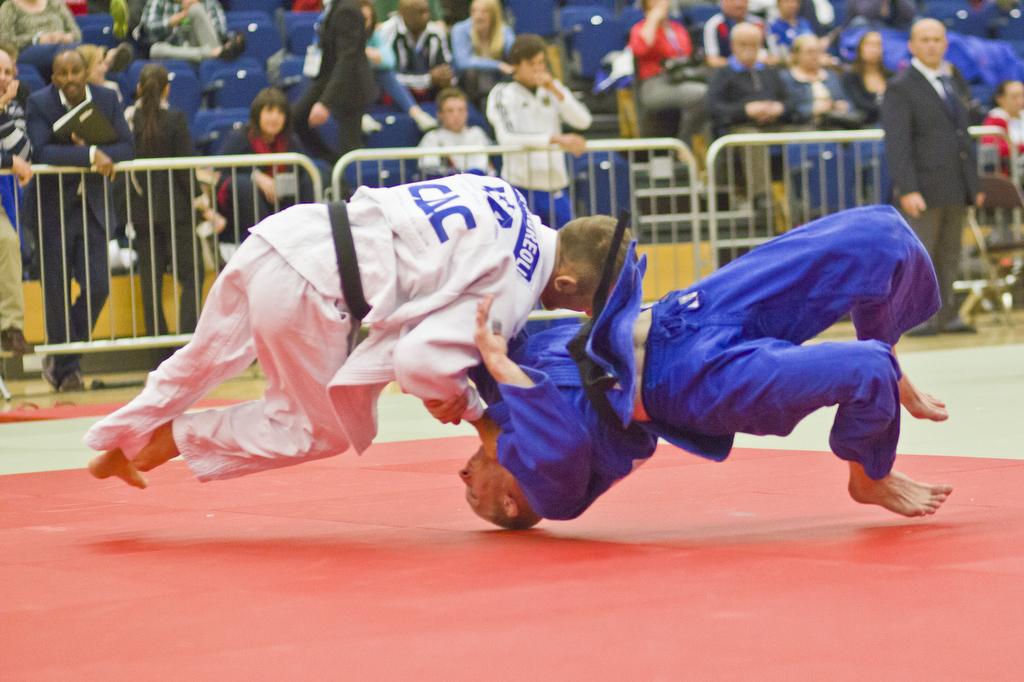 Britain hit the medal trail on day two of the London British Open European Cup as they won four of the seven gold medals available to match their success from the opening day.

In the -48kg category Kelly Edwards was a tenacious force in the lightest field as she won all four contests to claim gold as Belgium’s Amelie Rosseneu was dispatched in the final. Brit Kimberley Renicks and Laborie Amandine of France claimed the bronze medals.

After stepping off the rostrum, an emotional Kelly said: “It was a long but amazing day, I’m absolutely delighted and the crowd spurred me on.”

In the -52kg category Sophie Cox bested compatriot Louise Renicks in the final in her fourth contest of the day as Miranda Wolfslag of the Netherlands and Elodie Grou of France scooped the bronze medals.

The -81kg category heavily featured the hosts as Thomas Davis edged countryman Tom Reed in the final which was settled by ippon in golden score. Javier Francisco Madera of Spain and Neal Van De Kamer of the Netherlands claimed the bronze medals.

The -90kg title was clinched by German Robin Reibedanz ahead of Switzerland’s Ciril Grossklaus and bronze medallists Matthew Purssey and Noel Van T End of Britain and the Netherlands respectively.

The Olympian and former world silver medallist said: “That was a lot of fun, it’ll be my last British Open. I was focused just on taking it one fight at a time and gave it my all.”

The +100kg category title went to Belgium’s Benjamin Harmegnies who defeated Adrien Pin from France. Bronze medals went to Pascal Scherrenberg of the Netherlands and Maciej Sarnacki of Poland.

Watch all photos in our gallery: