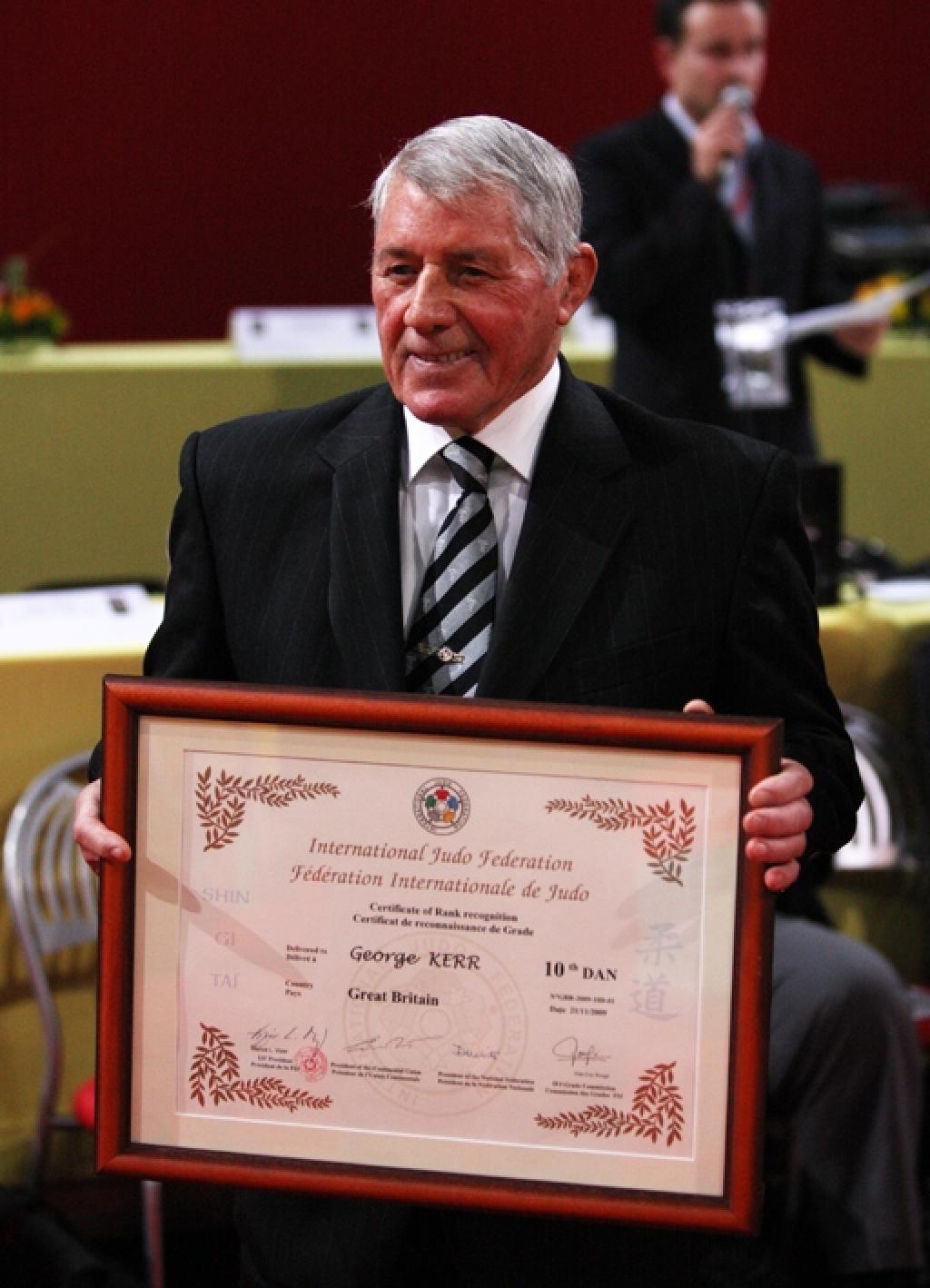 The President of the British Judo Association, George Kerr 10th Dan, has been named in the British New Year Honours list and will receive a CBE for his services to Judo from Her Majesty Queen Elizabeth II.
The award is a fitting tribute to Kerr’s remarkable achievements and outstanding contribution to Judo both nationally and internationally. George will be presented with the award at an investiture to be held next year at Buckingham Palace when he will become a Commander of the Order of the British Empire. The Order recognises distinguished service to the arts and sciences, public services outside the Civil Service and work with charitable and welfare organisations of all kinds.
This has been a truly rewarding year for George Kerr who only a little over a month ago was informed that he was to be honoured by the Emperor of Japan for his services to Judo and UK-Japanese relations with the Order of the Rising Sun. But what is likely to have given George most pride this year is the award to him in February of the rare and coveted 10th Dan by the International Judo Federation.

Kerr, a successful athlete, coach, administrator and international referee has an enviable abundance of experience and knowledge which he has shared and from which many have benefited.

In spite of his almost unique achievements there is nothing aloof about George Kerr when it comes to Judo. His commitment to the promotion and development of all aspects of Judo is unswerving and he remains a most popular and at all times approachable individual.