Georgia and Russia battle in Kiev and both win 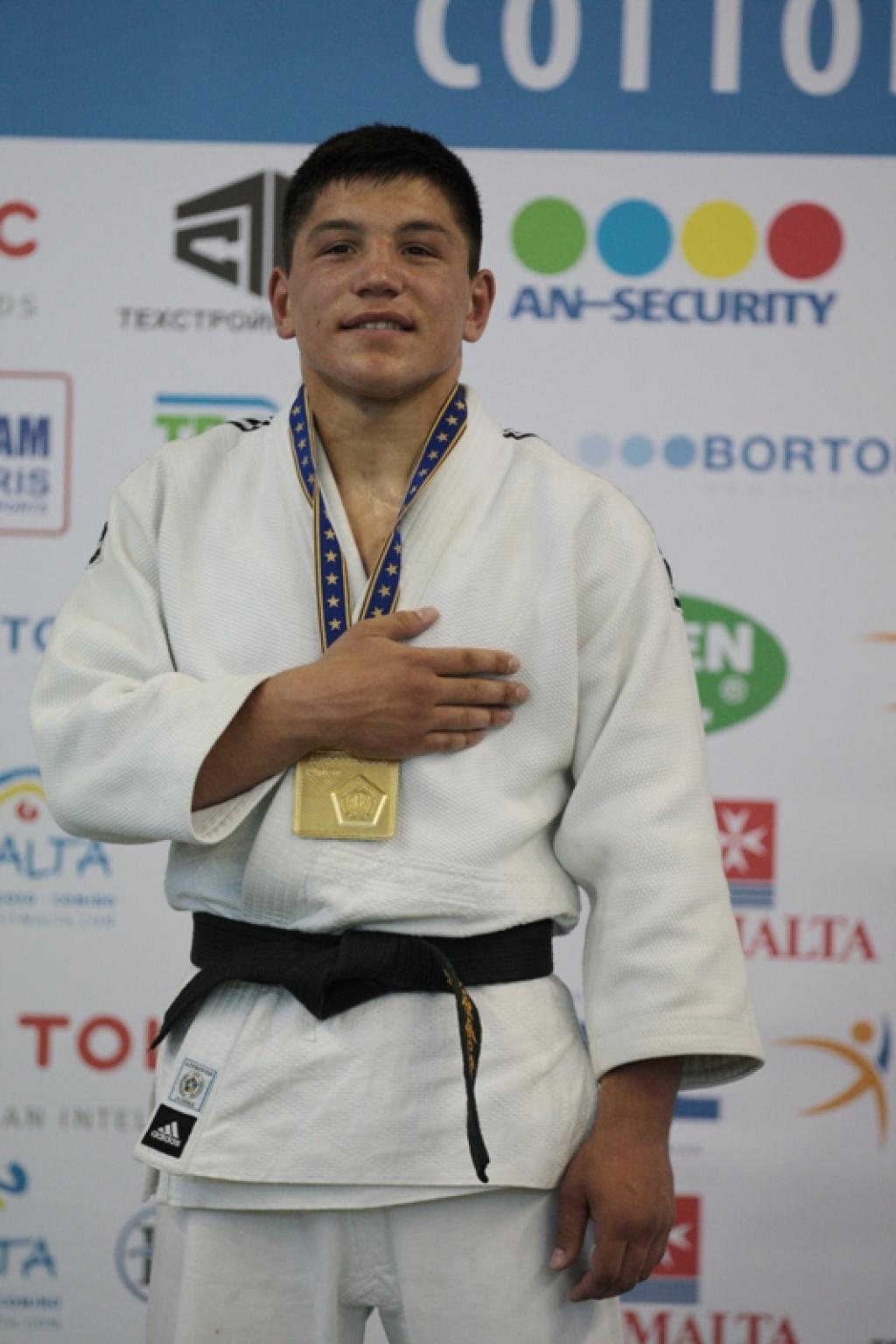 Suleyman Vyshegurov did it again, the Russian teenager won the World title U73kg in Kiev on Saturday. Vyshegurov was already European Champion of 2011. Vyshegurov defeated Georgian cadet Champion Beka Dongvani in the final. Russia won a second medal in this category by means of Rustam Gerekov who finished third. Levan Gugava completed the quartet, Gugava is also from Georgia which was successful today in another category.

Georgian Beka Gviniashvili has a phenomenal year by taking the European title in June, the EYOF in July and the world title in Kiev in August. A sensational win again for Gviniashvili who completed the ‘triple’ this season just like Irina Dolgova (RUS) at the first day U44kg. Gviniashvili won the U81kg category against Ukrainian favourite Bohdan Zusko, a repetition of the European final in Cottonera.
The gold brings Georgia at the fourth position in the medal tally behind Japan, Russia and host country Ukraine.

Germany was one of the four different nations today who won a gold medal. Rebecca Bräuninger is the first ever Cadet World Champion of her country. The young German was able to stand the heavy competition in this category where a number of women seemed to rule. One of them is European Champion Do Velema who today lost the final against her German rival. EYOF champion and European runner-up Turkish Kevser Cevik had an off-day and lost to Giulia Corrieri (ITA) in the first round. The Italian finished fifth after losing the bronze match to Tsukasa Yoshida (JPN). Stefania Dobre of Romania won the second bronze. At the EYOF she was the finalist against Cevik.

U63kg Erina Ike added the fifth world title for Japan. Just like her other female Japanese world champions she won the European Cup in Berlin this year. But none of the medallists of Berlin could impress but Ike. The Japanese defeated EYOF champion Diana Dzhigaros in the final. Akerke Myrzabek won bronze as well as British European champion Jemima Yeats-Brown who won Britains first medal this tournament.

Europe takes 33 medals so far after three days of fighting against 26 previous edition in Budapest in 2009. Six gold medals against four in 2009.

Tomorrow the heavier categories will take of in Kiev. Watch the video feed at:
http://www.ippon.tv

Watch pictures made by the IJF team on-site: