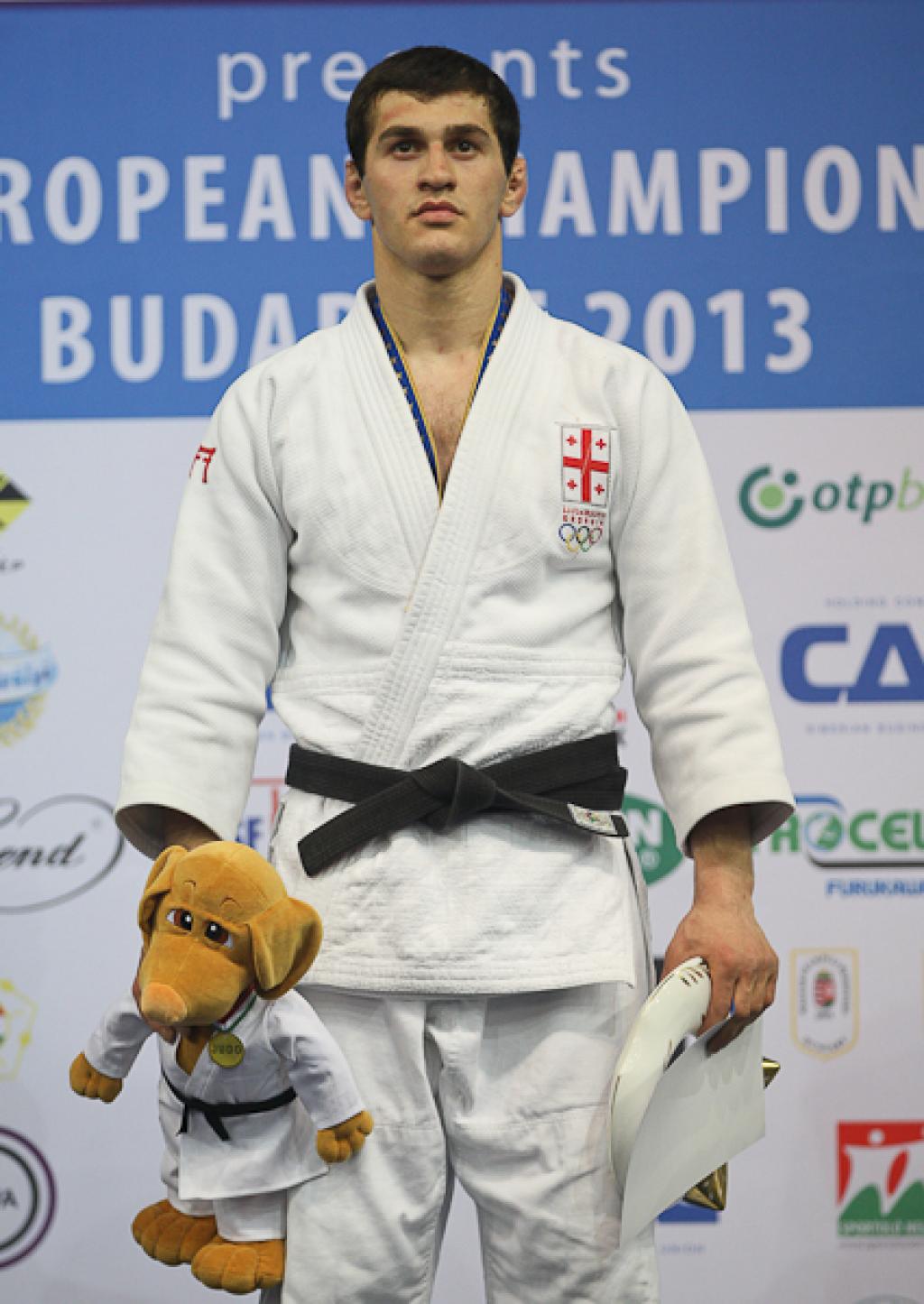 Georgia added a third gold medal in the men’s category at this adidas European Championship. The gold medal U81kg was for Avtandil Tchrikishvili. In an exciting final the Georgian defeated Croatian Tomislav Marijanovic. Not that the quality was extremely high in this final but no scores on the board kept the tention alive. Marijanovic conceived a penalty and this was the decisive moment in the match. For Tchrikishvili it is his first European senior individual medal. Last year he was part of the golden team of Georgia at the Europeans and he won the European Junior title in 2010.

This category of 40 participants was with U73 the toughest. Tchrikishvili defeated Georgi Ladogin (EST), Carlos Luz (POR) and Srdan Mrvaljevic on his way to the semi final. Joachim Bottieau waited for him but also couldn’t defeat the strong Georgian.

“You saw me today, I won the gold and I gave everything I had for it. I am very proud to have won this medal. It is my first title at this level. I congratulate my teammates who won gold yesterday, and our success will continue tomorrow. This is thanks to our great coaching team” the winner said.

The opponent of Tchrikishvili was another surprise. Although Tomo Marijanovic had won the Grand Slam of Rio in 2010, he didn’t develop further over the last years. But now he regained himself with this beautiful silver medal. The best performance for Croatia ever at the European senior Championships. Only Marijana Miskovic won a medal so far and the youth is booming, but not close enough for the top. Marijanovic proved to be among the top again by defeating strong fighters such as Murat Khabachirov, last year’s finalist, and Georgian Levan Tsiklauri, the winner of the European Open in Warsaw.

Marijanovic: “I am not disappointed with this medal. The final was close, just one shido (penalty) was the difference between us. I am happy to have won the silver medal.”

In the semi final Marijanovic defeated Ivan Vorobev, the second Russian opponent. More was expected from both Russians but also Vorobev couldn’t win a bronze medal. He lost to Loic Pietri, who recently won the Grand Prix in Samsun. Pietri lost his quarter final against Joachim Bottieau from Belgium who also won a bronze medal after he had lost his semi final to Tchrikishvili. But Bottieau celebrated a victory against Levan Tsiklauri.

An amazing result so far for Georgia that leads the medal tally after two days winning three gold, one silver and one bronze. France won two gold medals in the women’s category and is now ranked second.