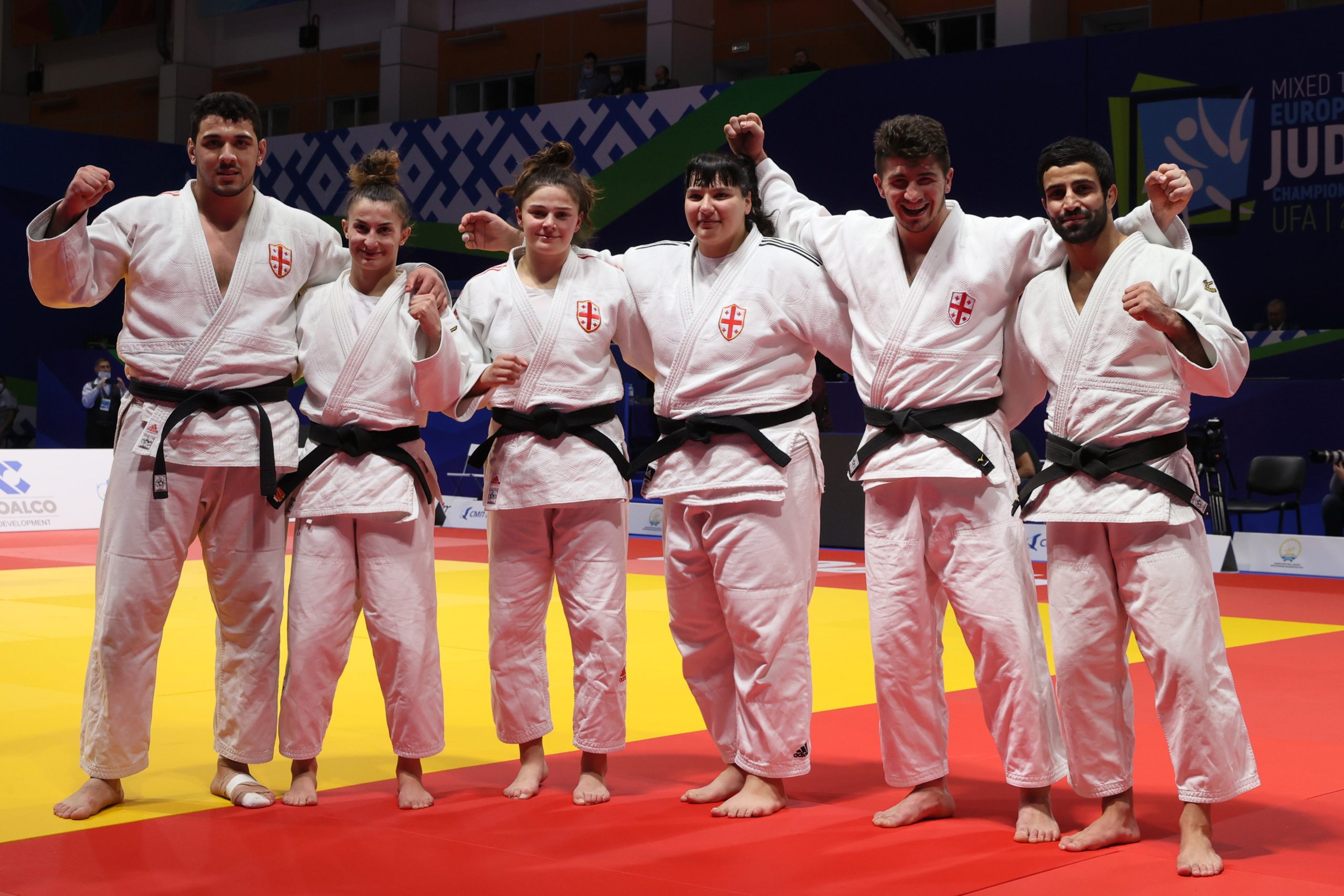 Both Team Georgia and Team Netherlands had given worthy and passionate performances leading to the golden match. This month, an almost identical Georgian team shone in Hungary and took the U23 Mixed Team title, and evidently were still brimming from that success and that of their national championships last week. The Netherlands, however were looking back to the first European Mixed Team championships in Ekaterinburg, where a bitter sweet silver medal was their consolation prize.

It was a perfect match up for the final, for Team Netherlands; Pleuni CORNELISSE, Hilde JAGER and Karen STEVENSON were successful in their bouts and for Team Georgia; Phridon GIGANI, Luka MAISURADZE and Saba INANEISHVILI were the victors which of course meant that it was left to a deciding contest. 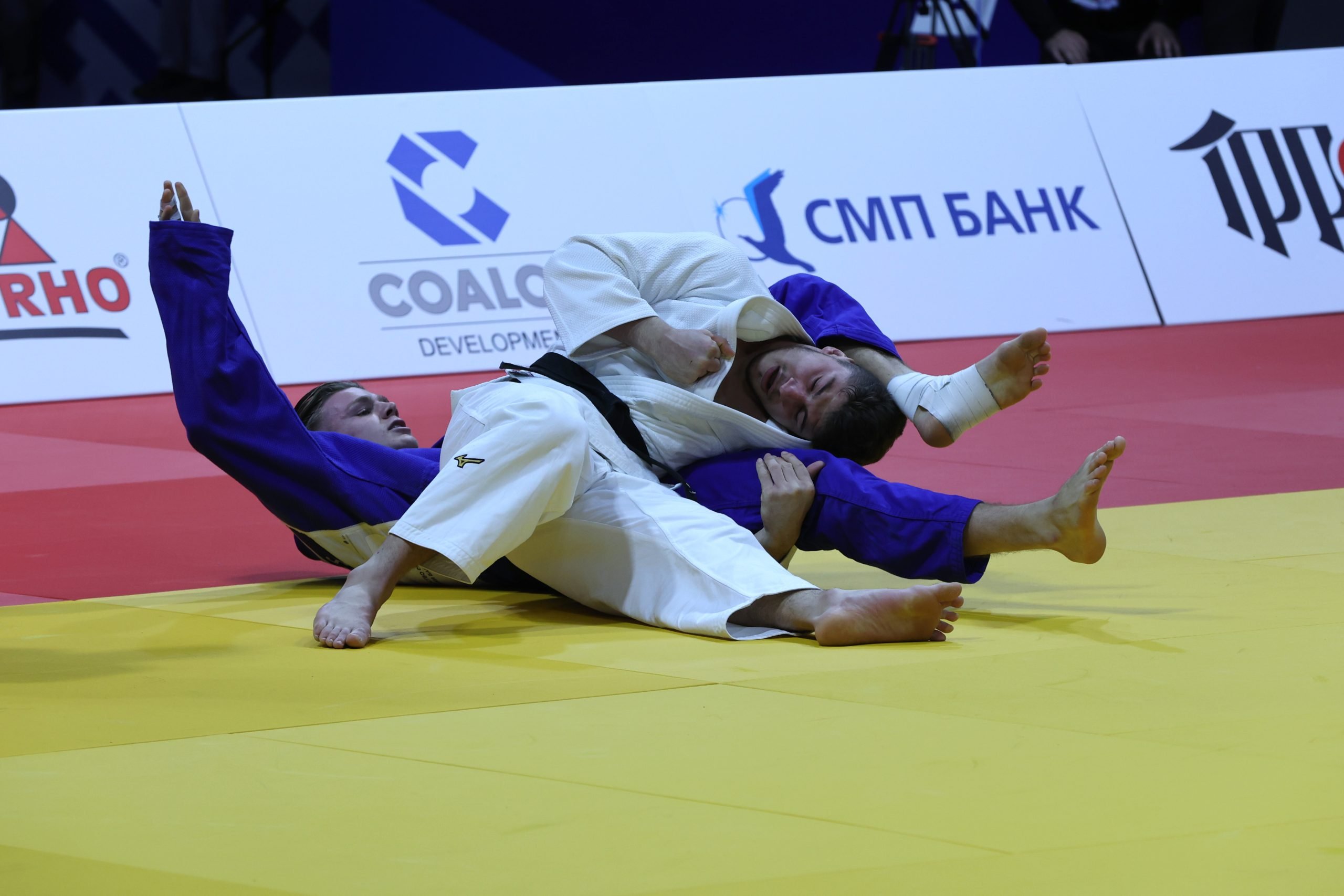 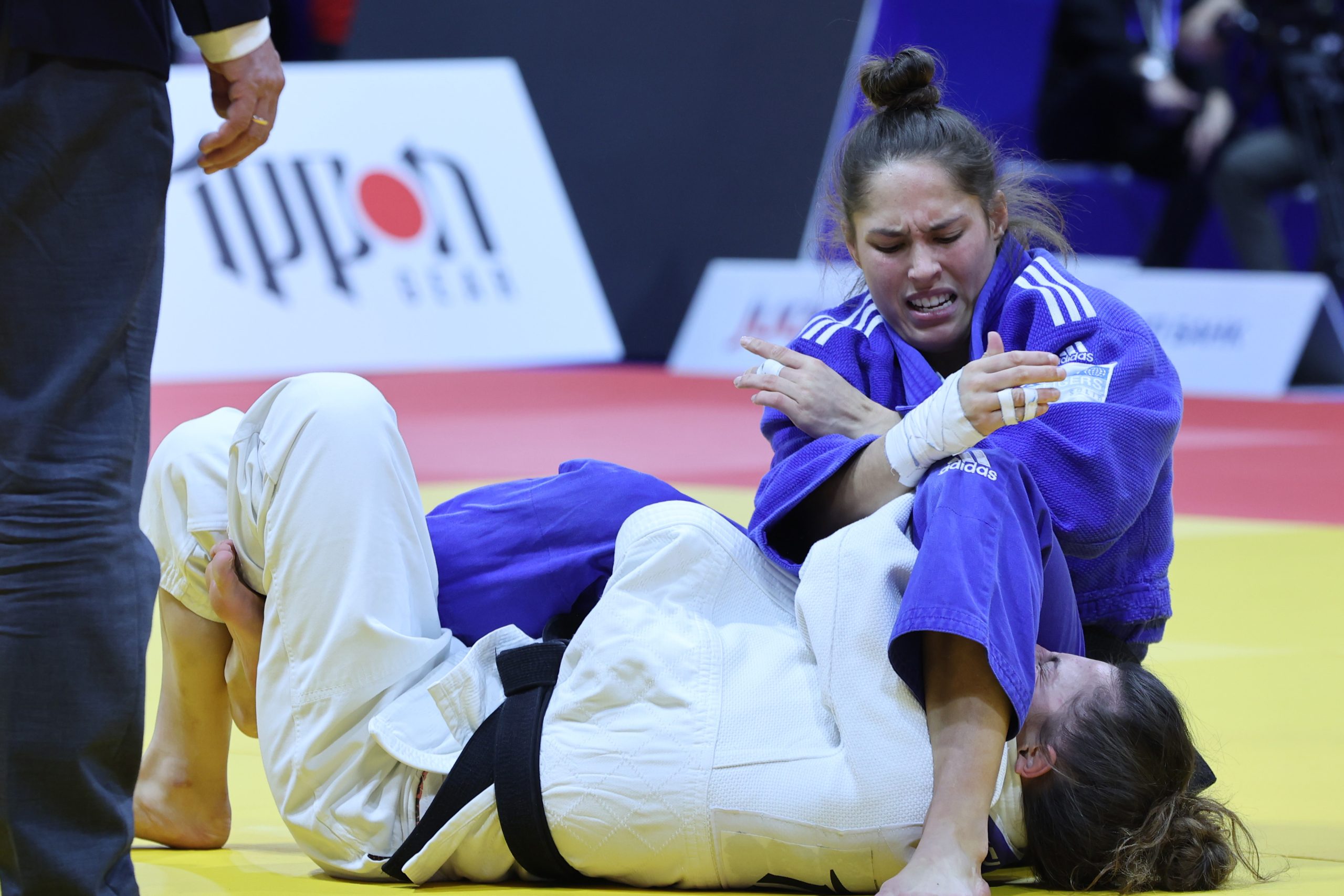 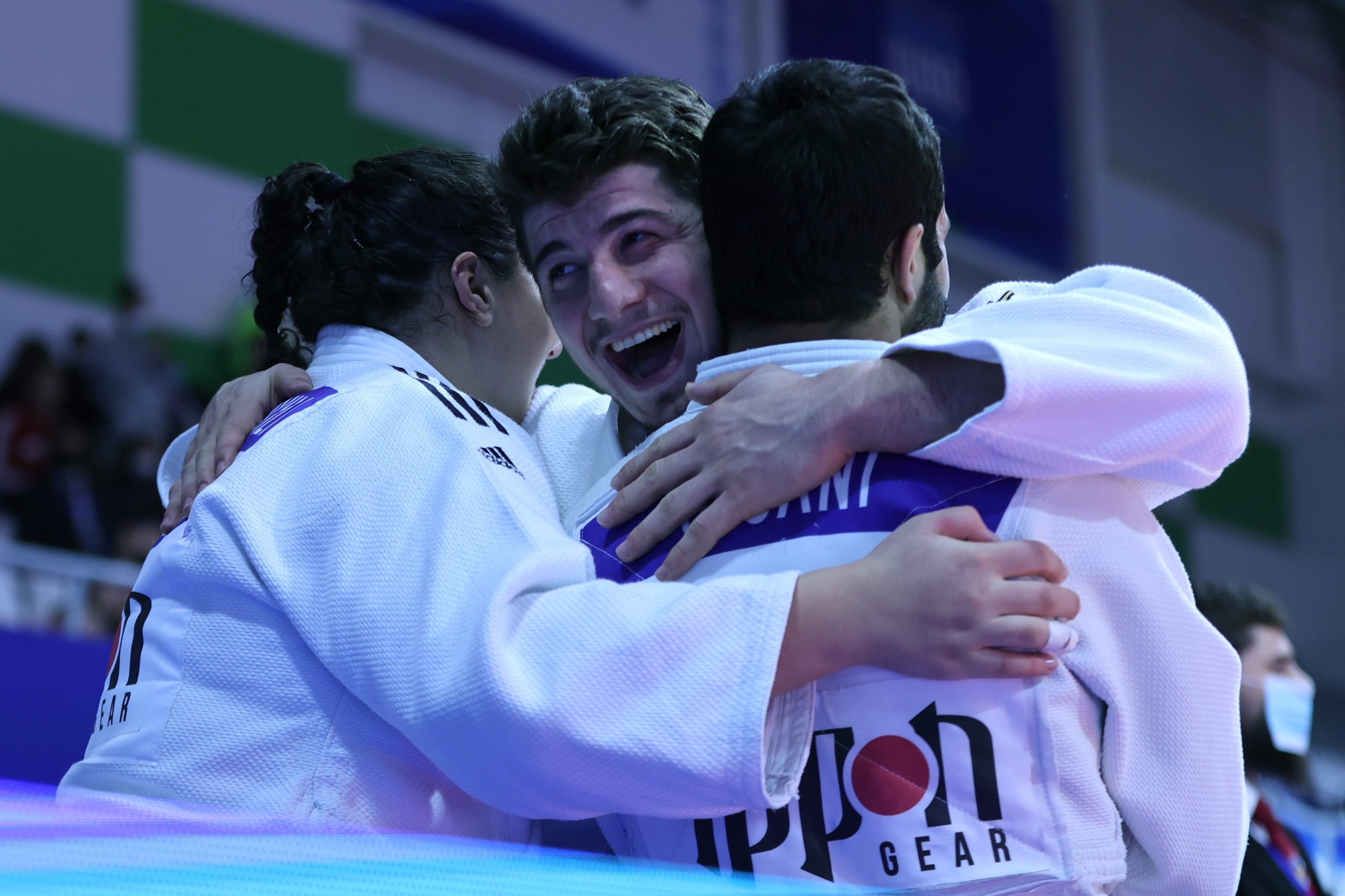 The screen began to scramble and just as in the U23 European Championships, it was left to Inaneishvili to decide the fate of the Georgian team. The second round against Jur SPIJKERS (NED) wasn’t so straight forward but in the end, a colossal throw and ippon score gave Georgia their first senior mixed teams title. With support from the crowd, the celebration was worth the great effort.

Inaneishvili was inevitably overjoyed with the result.

I want to say thank you to all of the competitors, to all of the Georgian competitors, because this win is not only for one person, it is for the entire team. When I saw the +90kg on the screen, I knew I’d already won my first one and that I had to win again. This is the first mixed title for Georgia at seniors and we only came to win. I also want to say thank you to all of our Georgian supporters who were here and those back in Georgia, they are such a big motivation for me.

In attendance was the Georgian president, Giorgi ATABEGASHVILI, who was very proud of his team.

This result is unbelievable. When the mixed team event was announced, we wanted only to win this title. We had very hard contests from the start against Austria, our women won some very important contests and it shows the development in this team, they have worked together so hard for this and now look, Georgia are the champions.

The first of the bronze contests was between Russia and Belarus. It was a shock first round loss for the host nation but there was no stopping them after this, taking on Greece and Austria with 4:0 wins. Recent Baku Grand Slam winner, Makhmadbek MAKHMADBEKOV was the opener for Team Russia and secured their first win in the first minute, very fitting. Alena PROKOPENKO quickly followed suit, so as to keep their clean streak and was swiftly followed by 2021 Paris Grand Slam silver medallist, Khusen KHALMURSAEV with a stunning uchi mata. The fourth and final win came from Daria VLADIMIROVA who took 2019 European champion, Maryna SLUTSKAYA in to golden score, a counter securing the bronze.

Team Turkey were the reason Russia were unable to enter the final and continued to show their strength right the way through to the semi final with Georgia. Though they didn’t manage the win, they were still in for a chance of a bronze against Germany who lost to the other finalists, Netherlands.

World medallist, Bilal CILOGLU (TUR) was initially taken back by the strength of Alexander Bernd GABLER (GER) but soon his experience allowed him to find his footing. Team Turkey had rightful expectation of Minel AKDENIZ in the -70kg category given she was the decider against Russia and had been strong throughout but Sarah MAEKELBURG worked hard in ne waza to make the score 1:1. For the first time today we saw the current -81kg European champion Vedat ALBAYRAK step on the tatami for Turkey and though he was a score down to Johann LENZ, he clambered back with seconds to go, a waza ari score and osae komi. Kayra SAYIT’s reputation did not fail her, the strong world medallist demonstrated her abilities for Team Turkey’s third win. Given that Albayrak took the -90kg position, Mihael ZGANK took his chances in the open category against Sven HEINLE (GER). Despite the weight difference, Zgank managed it very well, to the point he took the final win for his team and Turkey took the second bronze.