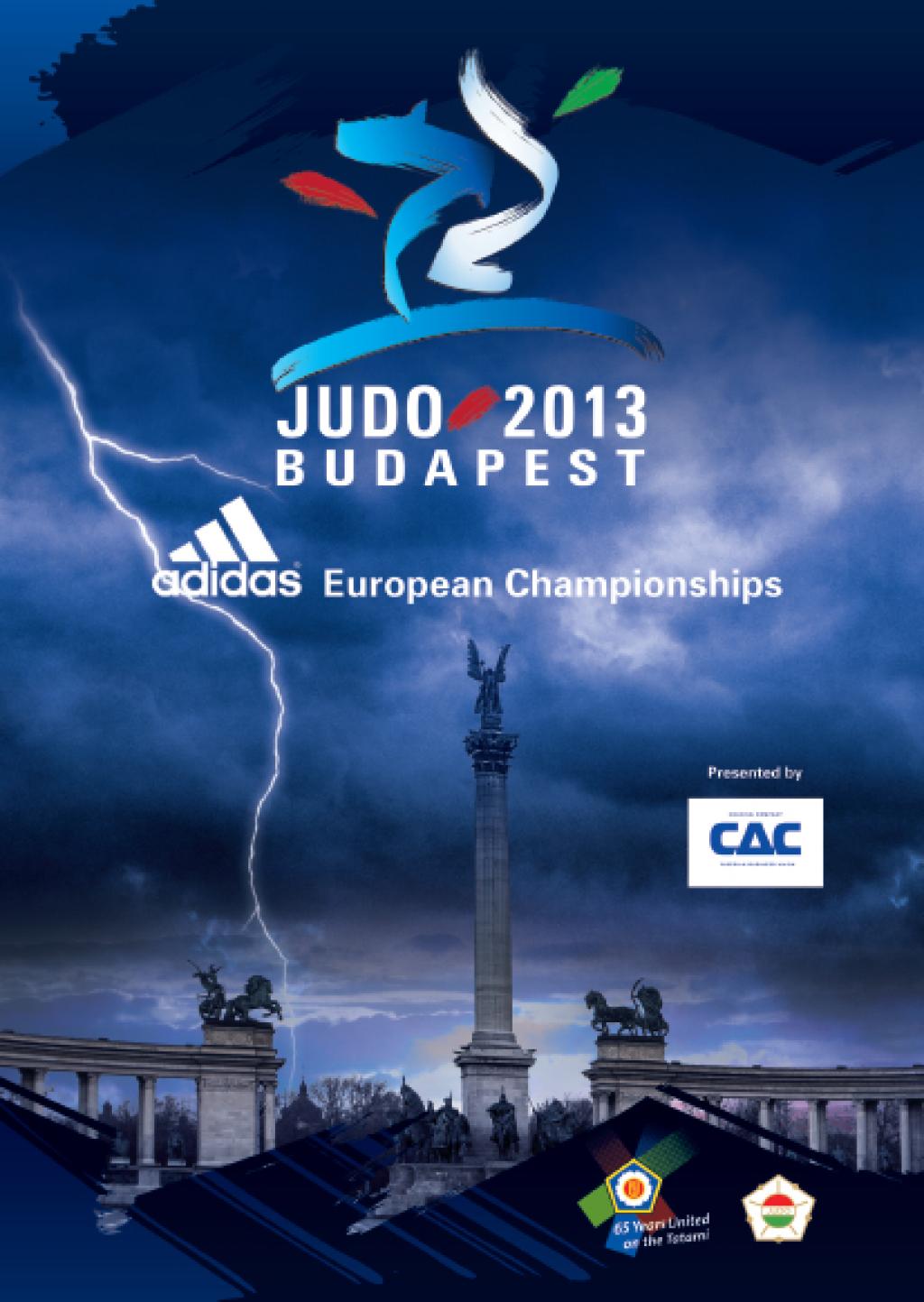 The European Judo Championships 2013 kicked off in Budapest on Thursday with an exciting morning of preliminary rounds in five weight categories.

In the women’s -48kg three top contenders made it to the semifinals. Charlene van Snick of Belgium will face teammate Amelie Rosseneu in the first semifinal while Hungary’s top star and Olympic bronze medalist Eva Csernovicki easily advanced to the second semifinal. She will meet Ebru Sahin of Turkey who sent 2012 European bronze medalist Laetitia Payet (France) to the repechage.

In the women’s -52kg, three medalists from the 2012 European Championships made it to the semifinals: defending champion Andreea Chitu (Romania) as well as silver medalist Natalia Kuziutina of Russia and Germany’s bronze medalist Mareen Kraeh. The newcomer is Odette Giuffrida of Italy who is up against Kuziutina, while Chitu faces Kraeh. World ranked number one Majlinda Kelmendi (IJF) lost against Giuffrida in the quarterfinal.

The women’s -57kg semifinals features favorites Automne Pavia of France against Telma Monteiro of Portugal as well as Sabrina Filzmoser of Austria against Russia’s Irina Zabludina. 2012 Olympic silver medalist Corina Caprioriu of Romania lost in the second round against Sanne Verhagen (Netherlands).

In the men’s -60kg, reigning European bronze medalist Amiran Papinashvili of Georgia advanced without much trouble to the semifinals where he is up against Ashley McKenzie (Great Britain). Coming from pool C, Switzerland’s Ludovic Chamartin upset 2012 European bronze medalist Jeroen Mooren in the quarterfinal and will meet Yanislav Gerchev of Bulgaria. Gerchev performed strongly in the morning, overcoming 2008 Olympic silver medalist Ludwig Paischer (Austria) in the quarterfinal and also beating 2012 European silver medalist Hovhannes Davtyan (Armenia) in round two.

Olympic Champion Lasha Shavdatuashvili of Georgia performed confidently in the preliminaries of the men’s -66kg to advance to the semifinal. Here he’s up against Nijat Shikhalizada from Azerbaijdan. World number one David Larose of France proceeded to the semifinal in pool A and has to deal with Russian Kamal Khan-Magomedov.