GEORGIA ON MY MIND

European Judo Championships Club Team to be hosted in Gori 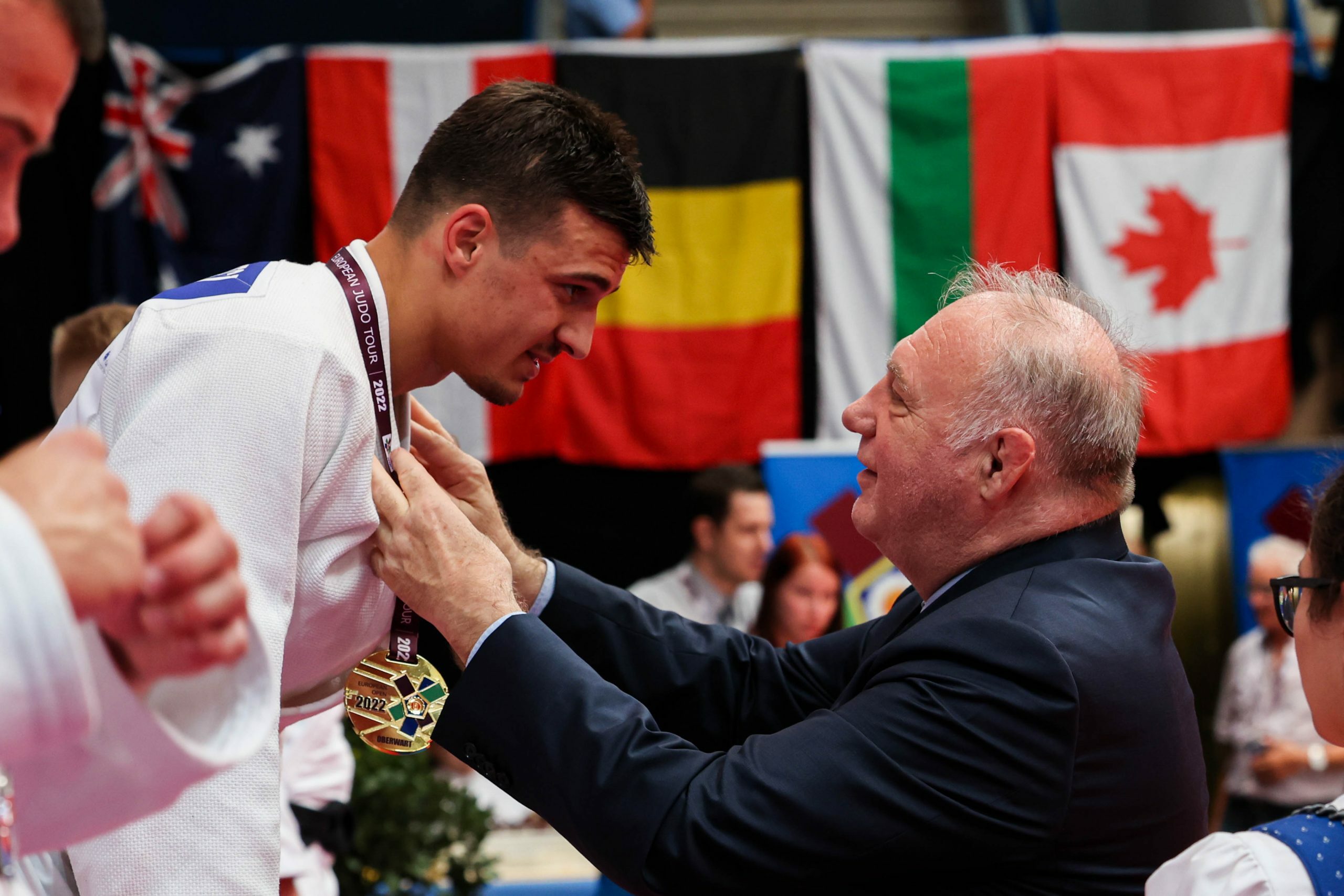 EJU President László TOTH had planned to “have a full day of World Class Judo” at the European Open in OBERWART (AUT). “I wanted to watch all Sunday finals, but at the end I just had time for two of them, -70 and -90”, the 62-year-old Hungarian smiles. He ended up extending his stay in Austria for a day to discuss open issues about the tournament schedule for 2023. One decision was already made during the final block in Oberwart. Tóth: “The European Judo Championships Club Team – Champions League will be staged in Gori (GEO) this year, on 26th of November. A perfect place for this kind of prime event, a perfect place for judo lovers.” Before he returned to Hungary the EJU President talked to the Media Team about current topics and challenges.

Mr. President, talking first about sports: How high do you rate the quality of the European Open in Oberwart?

Lászlò Tóth: “I do like the format: It’s the perfect stage for upcoming talents and a good test for experienced players such as Lasha Bekauri. The Olympic champion has not been on the scene for a year, he needed a tournament before the upcoming IJF World Championships in Tashkent. It is good to see, that he is back in such a good shape. In general, my colleagues told me, that the level was quite high, considering that everyone is prepairing for Tashkent. It’s also good to see how many athletes are staying in Oberwart for the training camp.”

The list of the referees being here was truly impressive. What can be said about their efforts?

Tóth: “I have not seen enough fights to be able to judge the level. What I saw was absolutely impressive. It’s important that they have such a test before the World Championships. Athletes need to train, referees do need to train as well. It’s in our interest to have the best referees for judging the best athletes. 8 out of 12 World Championship referees were here. This is a great number.”

You could finalize the discussions about hosting the European Judo Championships Club Team – Champions League. The event will take place in Gori. Why Georgia?”

Tóth: “Gori has a strong judo base, the club is reknown for top athletes. And the Georgian Judo fans are really enthusiastic, their reputation is great. We are definitely very happy with this solution.”

What else is on your agenda right now?

Tóth: “Before Oberwart I met with Pavel KREJCI, the President of the Judo Federation of Slovakia (JFS) to discuss possible ways to support them an cooperate with them. From 15 to 18 September the European Championships Juniors are scheduled in Prague, the week after the EJU Executive Committee is meeting in Istanbul. There we are supposed to finalize the competition schedule.”