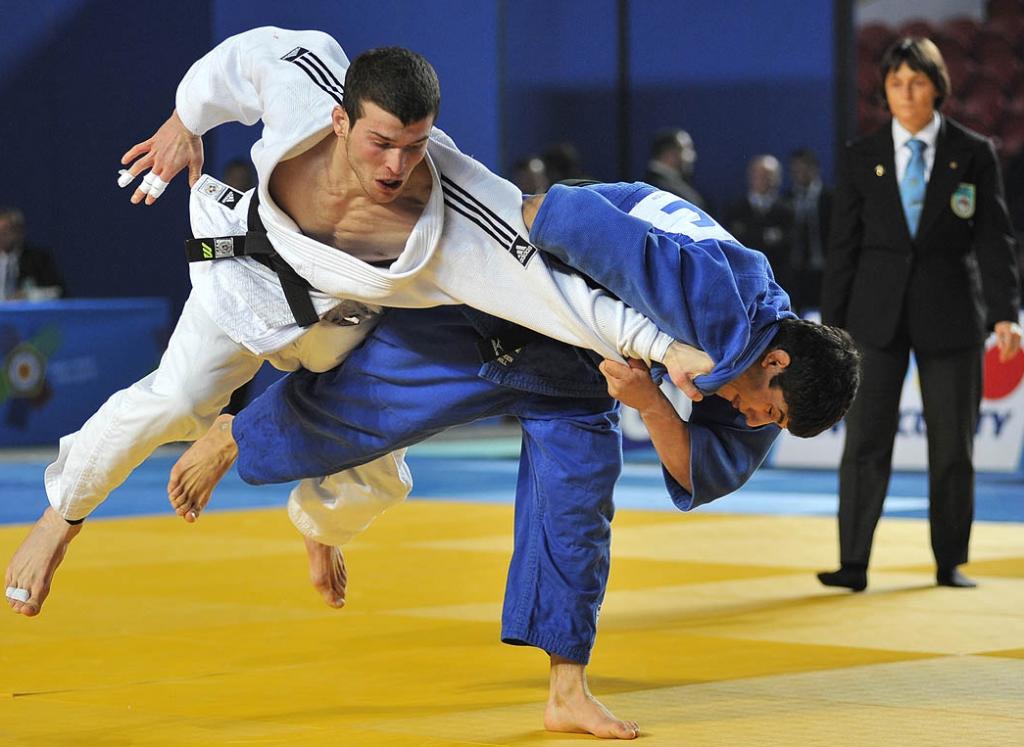 A fantastic first day at the men’s World Cup in Tbilisi for the Georgian fighters. They all three gold medals at the opening day, an amazing start of the World Cup of the year. All compliments are going to Bektil SHUKVANI (U60kg), Lasha SHAVDATUASHVILI (U66kg) and Nugzar TATALASHVILI (U73kg). Georgia also had double finals in the category U66 and U73kg.

Silver medallist of the 2011 European Championships in Istanbul Shukvani won all fights by scoring an ippon, on his way to the gold medal in the U60kg division he was better than his opponents Elnur ALIEV (EST), Ay-Kherel BALCHAKPAN (RUS), Yunlong HE (CHN) and in the final fight better than Israelian fighter Artiom ARSHANSKY.
Bronze medals are won by Ludovic CHAMMARTIN (SUI) and Askhat TELEMANOV (KAZ).

Quite a surprise in the category U66 which was won by 19-year old Lasha SHAVDATUASHVILI. He took the gold from his 4-year older compatriot Sandro YAKOBASHVILI. SHAVDATUASHVILI, who is the current European U20 Champion from Lommel year won his fights against Samir KHANKASHIYEV (AZE), Deniss KOZLOVS (LAT), Dutch judoka Jasper DE JONG (NED) and Hevorh HEVORHYAN from Ukraine. Also a good performance by Jasper DE JONG (NED) and Golan POLLACK (ISR) who finished their competition on the third place. Last year both met in the semi final in Tallinn, now both gained another 40 points in the Qualification ranking.

Nugzar TATALASHVILI who was a member of the bronze team at European Team Championships in Istanbul, won the gold medal in front of his supporters. In an all Georgian final he won by scoring a yuko against his teammate Tengiz PAPOSHVILI. Earlier he was also better than Bezkat MANASBAYEV (KAZ), Wei LIU (CHN) and Zebeda REKHAVIASHVILI. Fights for the third place in category U73 were won by Wei LIN (CHN) and Georgian Zebeda REKHVIASHVILI.

An excellent first day for Georgia where the home country won six, 50% of all available medals. We are looking to tomorrow where we can see former Olympic Champion, Zurab Zviadauri in action in the in category U90kg.

The events was shortly interrupted by a smoke incident in the hall but the organisation took fast action on the possible threat of a burning curtain possible caused by a smoking supporter. The doors of the hall were opened for a moment to leave space for fresh air. Despite the cold the competition proceeded the usual way and couldn’t prevent a great day for Georgia.

Watch great photos in our media gallery of the World Cup in Tbilisi by Tamuna Kulumbegashvili: