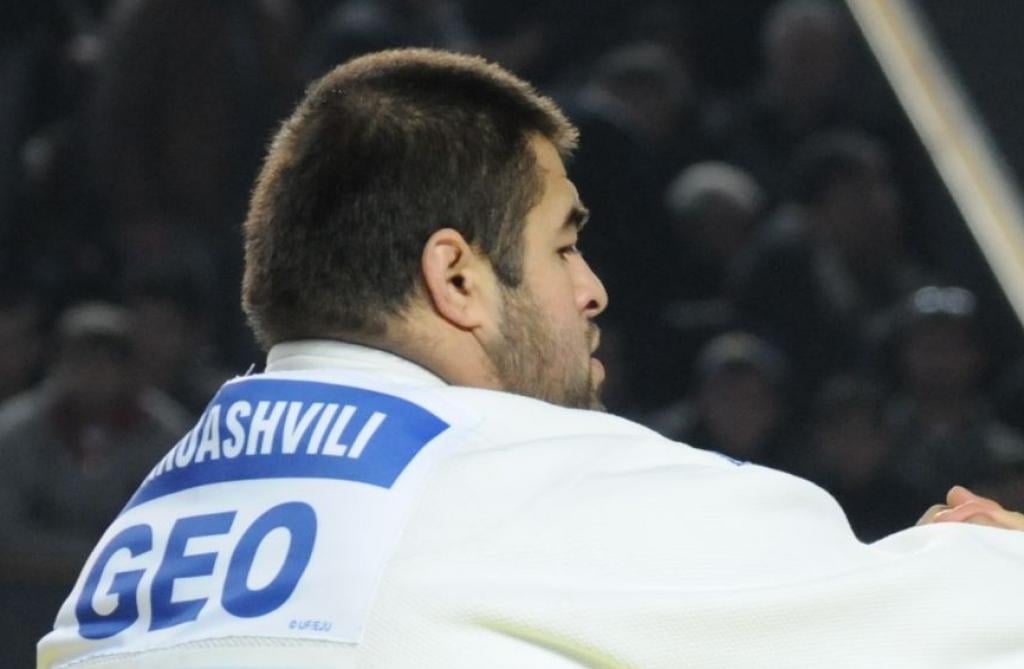 An exciting battle it was U90kg at the World Cup for men in Tbilisi. At the second day Varlam Liparteliani took revenge on all assumptions made after his injury. Zurab Zviadauri, the 2004 Olympic Champion who was a coach and had retired competed again in the same category to try to qualify. But after Liparteliani’s injury was not so bad as assumed, both could compete in the World Cup of Tbilis. Liparteliani won all his five fights motivated he was by the comeback of Zviaduari and the assumption made by headcoach Peter Seisenbacher. On a sportive way Liparteliani showed who is in the best shape and still a candidate for Olympic Qualification. In the final he defeated Karolis Bauza, the strong Lithuanian champion. In the semi final Liparteliani was victorious over Serbian Dmitry Gerasimenko who defeated Zviaduari in the quarter final. Liparteliani took his 6th ever World Cup win and his 11th medal. He will now get close to the top 10 of the Olympic Qualification gaining another 100 points, and 60 new points as best result making 746 points.
Zviaduari collected his first 40 points, a long road to go. Next goal: Paris.
Final winners are Georgian fans, Liparteliani himself and in fact the man who set it all up: Peter Seisenbacher. Motivation until the bone. Liparteliani is tonight’s ‘tamadan’ (head) on the Georgian table.

U81kg a Georgian final between Avtandil Tchrikishvili and Beka Gviniashvili. Tchrikishvili collected his third ever World Cup win, he prolonged his last year’s title in the capital of Georgia. Last year the World Junior Champion of 2010 also won the World Cup of Bucharest.
Joachim Bottieau of Belgium was the only non-Georgian to win a medal in this category. Bottieau lost the semi final against the winner but won the small final against Elkhan Rajabli (AZE). Levan Tsiklauri completed the Georgian party.

It was a long time ago for 26-year old Dmitri Peters to win a World Cup. Last time was in 2008. Today he won his third ever. The German defeated home player Soso Mshkaladze in the final U100kg. Germany had a good weekend anyway given the success of the women in Sofia.
Irakli Koblianidze won bronze for Georgia and Martin Pacek (SWE) won his fifth ever World Cup bronze medal.

This weekend Georgia won 15 out of 28 medals, last year just 4, quite a difference.