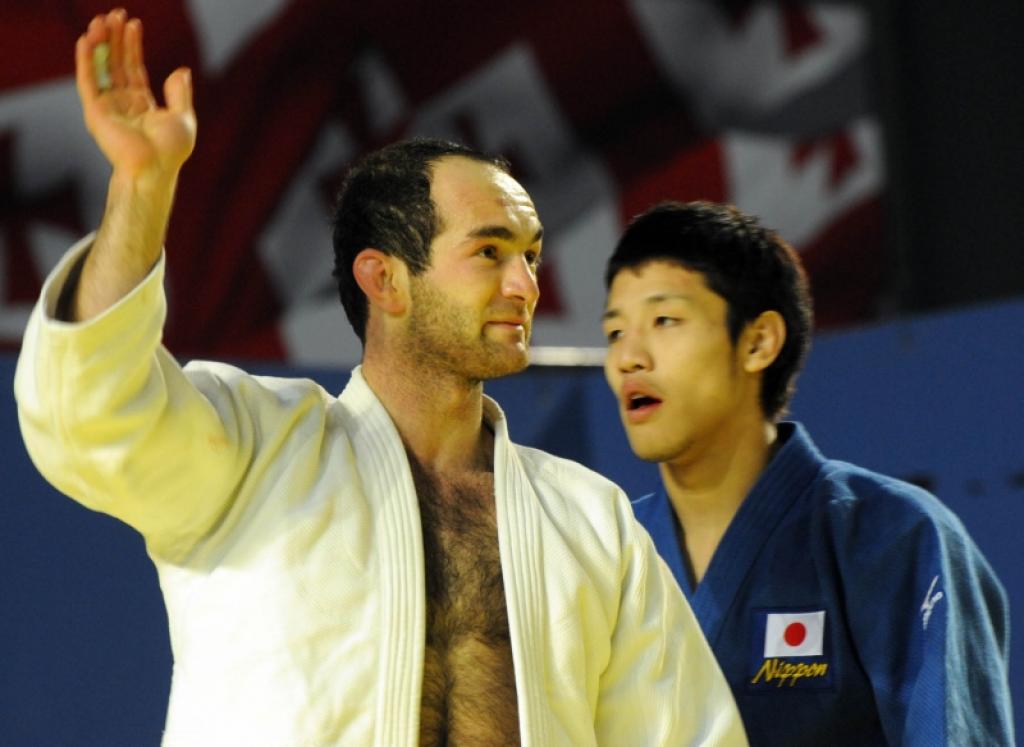 Georgia was the great winner at the First day of its own World Cup in Tbilisi. In the Tbilisi Sports Palace where also the European Champions were held last year, a big crown was present to watch their local and international stars. Although some of their hero’s couldn’t compete due to injuries like veteran Alexi Davitashvili and Lasha Gujejiani, the public could still enjoy great judo.

For instance of triple European Champion Zaza Kedelashvili (GEO) who won the bronze in his new category U73kg. Although he started fantastically with a victory by ippon in his first match and almost an ippon after a superb throw against Andranik Chaparyan (ARM), but the throw was so hard that Chaparyan could turn around in the air and Kedelashvili was awarded a wazari for his action.
In the semi final he lost to Ronald Alger (FRA) who lost his final against Murat Kodzokov (RUS). It was the only gold medal for Russia, as Georgia won both other categories.

In the final U66kg Shalva Kardava (GEO won by hasokumake due to the new rules. Samir Dadashzade (AZE) was penalized for grabbing the pants and lost his final.

Tomorrow four categories will be broadcasted live from 08.00 CET.