Georgia’s female judoka are catching up 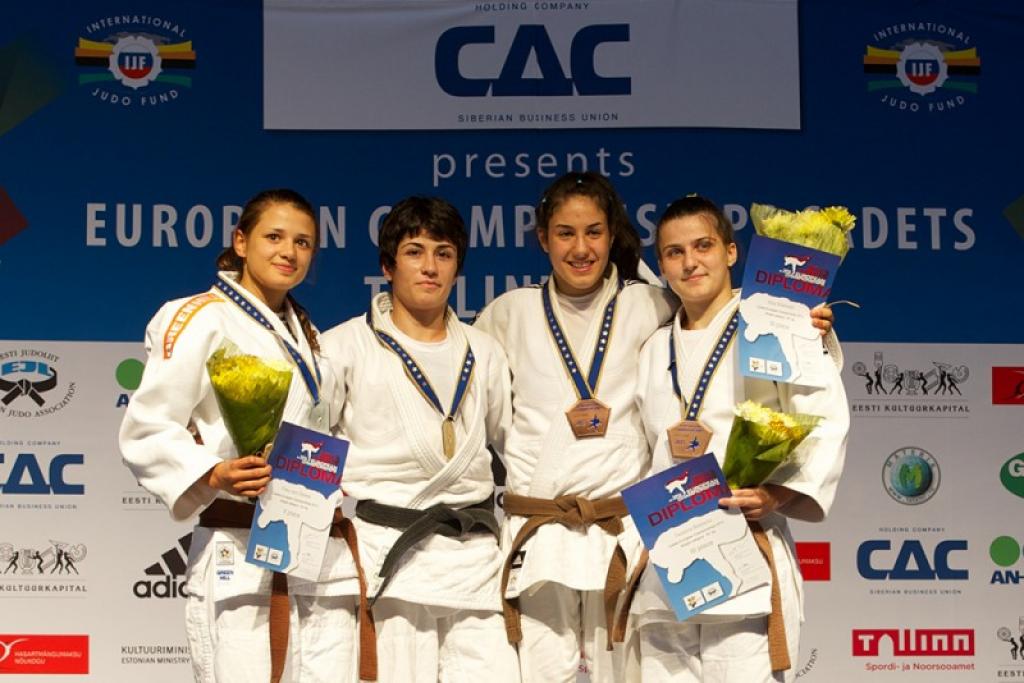 The Georgian men have been a force in judo for a long time. Now the women are catching up and won historical medals at the European Cadets Championships in Tallinn, Estonia. Mzia Beboshvili earned the first ever medal for a female Georgian judoka at this level in the -48kg on Friday and Mariam Janashvili won the gold medal in the -52kg category on Saturday, giving Georgia its second women’s medal and first European Championships medal ever.

“We started a program two years ago to develop women’s judo in Georgia”, coach Georgi Tenadze said. Tenadze is responsible for the program. “We cannot have only boys, we also need girls. We need to send them to competitions so they can gain experience.” Now 100 to 120 girls are practicing judo in Georgia, according to Tenadze. They are taking part in international training camps and train in Geogia’s capital Tbilissi. “Internationally, they mostly train with judoka from Azerbaijan and Turkey”, Tenadze explained.

In Georgian society, women’s judo wasn’t fully accepted for a long time, but now times have changed. “There are still some people who don’t approve of it, but world is developing”, Tenadze pointed out. Even Beboshvili, a lively and determined 15-year-old, had to overcome some resistance in order to follow her passion. “When I saw judo, I knew immediately that this is what I want to do. My parents didn’t want it and still don’t want it, but I really wanted to do it, because it is a sport that men do.”

The other three Georgian girls in Tallinn also showed potential. Guranda Shotadze (-52kg) and Salome Margiani (-48kg) advanced to the quarterfinals, while Khatia Janashvili (-63kg) lost in the second round to finalist Szabina Gercsak (HUN).

Congratulations to Georgia for this historic European medal.