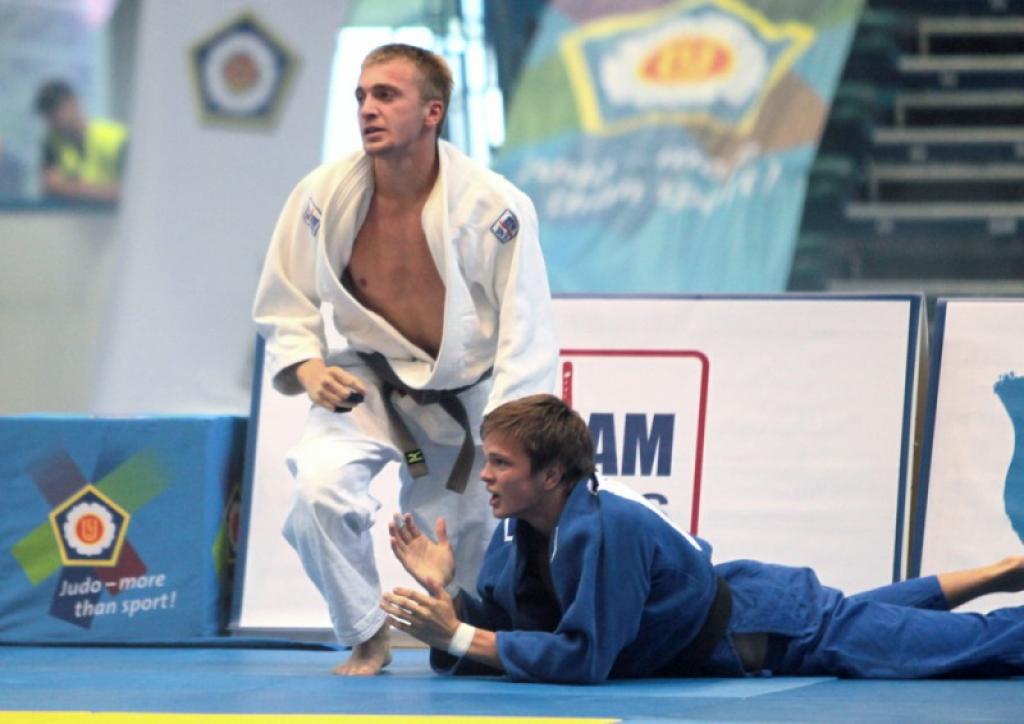 An unbelievable success for the young judo women of Germany. All four categories were captured by Germany on Sunday. Nadja Bazynski defeated Vivian Herrmann in an all German final U63kg. Daniela Kazanoi (BLR) and Lise Luyckfasseel (BEL) picked up the bronze. The second all German final was U70kg where Lea Pueschel won gold after she defeated Natalia Schauseil of her own country. Kristin Faltin was the third at the stage what looked like a German junior Championship. Adela Jakubcova of SLovakia gave us the idea that it was not a German Championship.

In the men’s category it was the day for the lightweights. Kazachstan won a gold medal U55kg thanks to Assylzhan Seidualy who was too strong for French Vincent Manquest. Two Azerbaijani won bronze, but U60kg they were successful. Rashad Rufullayev took the gold medal in the final against another Frenchman Yassin Dehibi. Rufullayev won bronze last year and showed his development in the great city of Wroclaw. In 2011 he won a bronze medal at the Cadet World Championships and now he is 18 and developing among the juniors.

France was successful in the category U73kg when Tristan Avaliani was able to win the first gold medal for France. In total 42 participants were his competitors in Wroclaw but he won all his six fights. His opponent in the final was Belarussian Tsimur Hasymau (BLR).

Anthony Zingg of Germany defended last year’s title successfully. He won again the weight class U66kg. His opponent this time was Polish Michal Bartusik who won bronze last year, also for him one stage higher, but it’s never fun to lose your last match in front of own crowd.

Germany won the medal ranking with 6 gold medals, Azerbaijan and France captured three gold medals, also not a bad in one weekend.

Watch all photos of this weekend in our gallery.