German Federation thanks their athletes 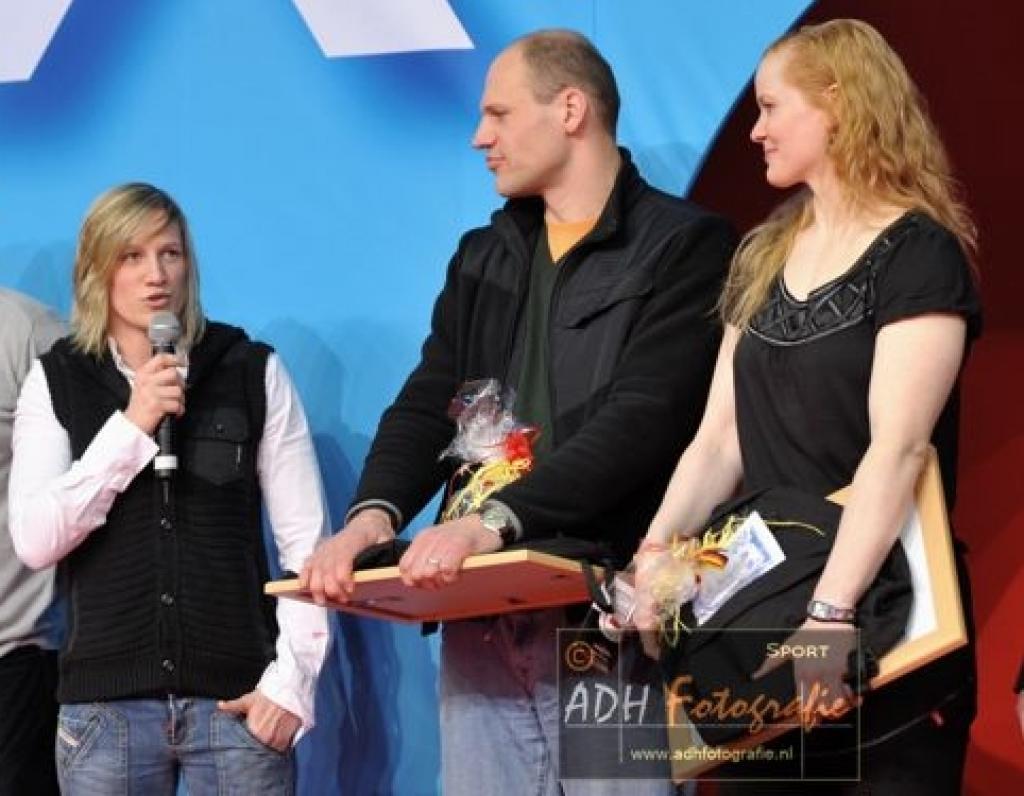 The German Federation said goodbye to three of their top athletes. In break of the IJF Grand Prix of Düsseldorf the three Olympians received a big thank you from President Peter Frese.
Annett Boehm was TV commentator during the Grand Prix and will proceed with her journalistic career. Boehm won bronze at the 2004 Athens Olympics and 2003 World Championships, both U70kg.

Michael Jurack became third at the 2004 Athens Olympics as well. He is a fireman at the moment.

The only German Olympic Champion, Yvonne Boenisch is busy with her study at the Sports University in Cologne and is already a trainer at her club UJCK in Potsdam. For her performance as 2004 Olympic Champion and double Vice World Champion she received the 6th Dan.