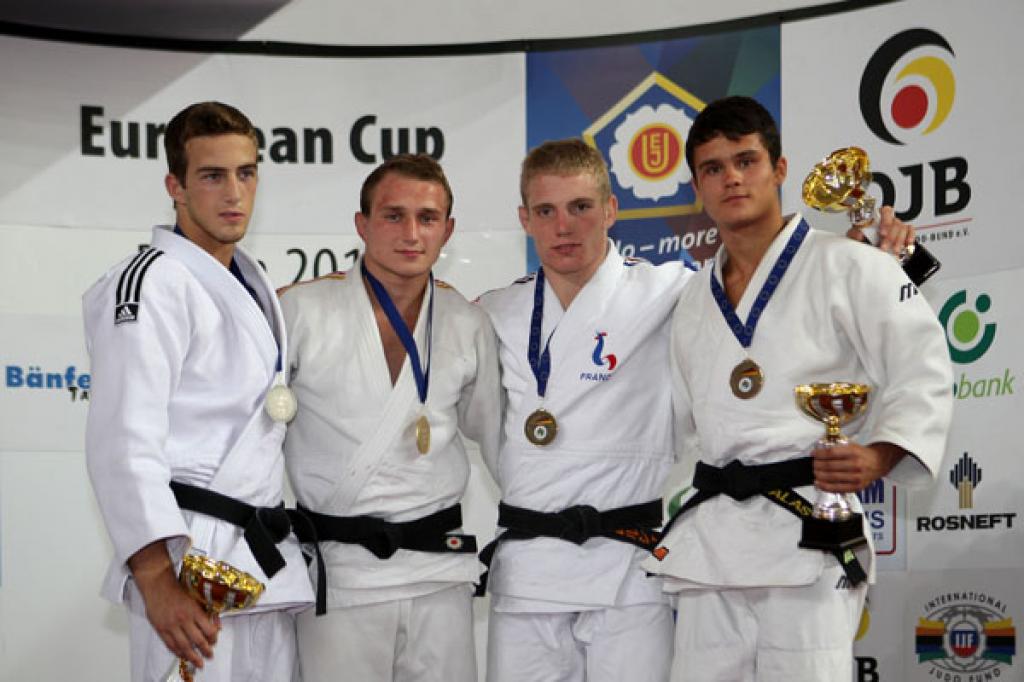 Germany is doing good business so far in the junior division and is leading the medal tally of this year’s European Cup. Germany was the best performing nation in 2010 as well. With 24 gold medals and 85 medals, the Germans have a good outlook for future medals. Russia is ranked second with 17 gold and 84 medals with one day to go.

Six judoka have been very successful winning three of the twelve European Cups so far (excluding Berlin).
British super talent Max Stewart is outstanding this season winning three European Cups. In Berlin he won the bronze in the category U73kg.
He was defeated by Patrik Pusztai in the quarter final. Sagi Muki from Israel won the event. In the final he defeated Piotr Plonski (POL)

The Turkish women are collecting many medals in this age category. The women U48kg fought a Turkish final. Ebru Sahin was victorious over Dilara Lokmanhekim in the final.
Tugba Zehir won in Berlin the U57 category coming over Loredana Ohai of Romania in the final. Dilara Incedayi won bronze as well as Arleta Podolak of Poland.
Amelie Gilly of France won the women’s U44kg category in her final against Turkish Betul Aydin.