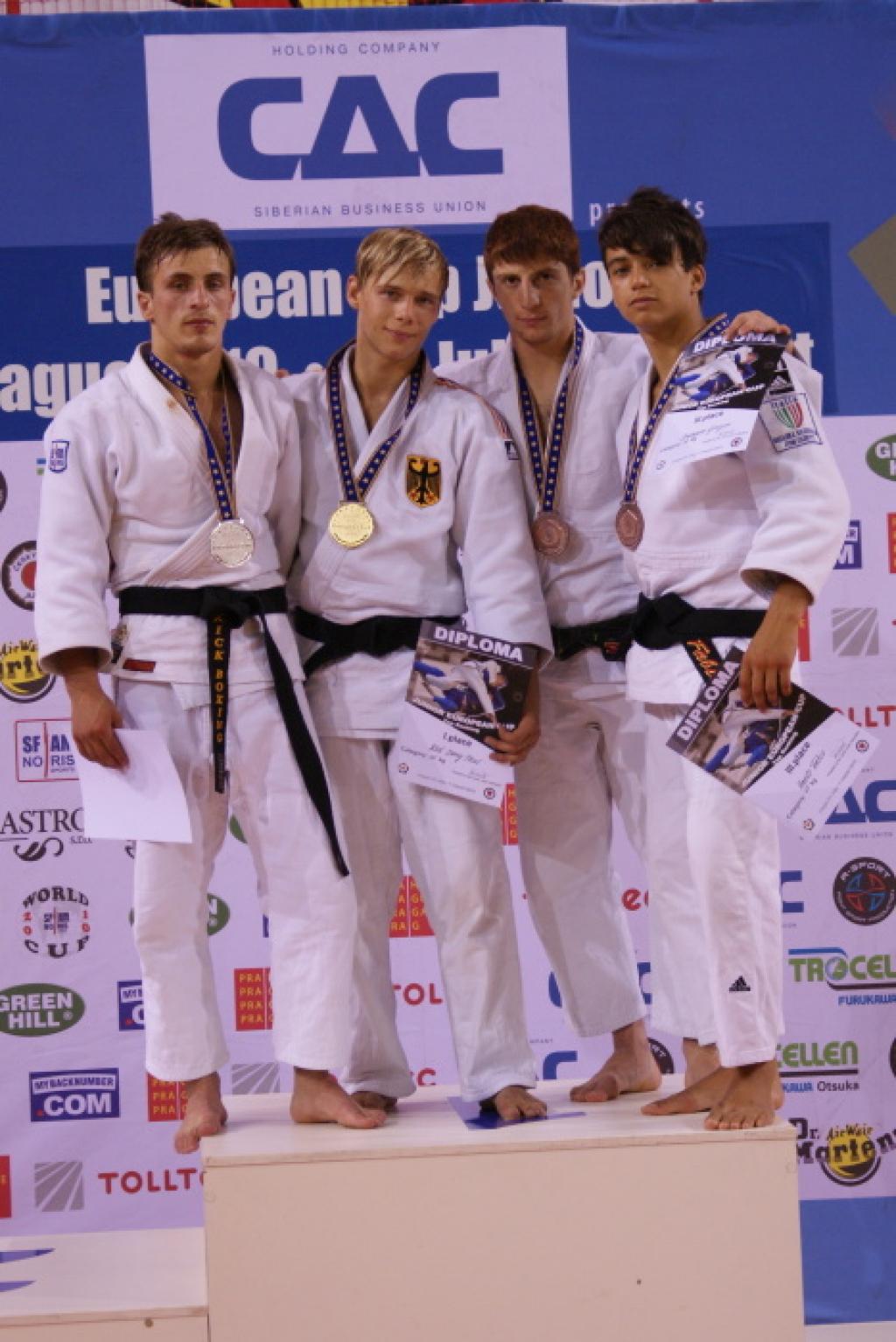 Vlora Bedzeti of Slovenia scored yuko in the final match U63kg while her
opponent from Poland received three warnings for inactivity.
Avtandil Tchrikishvili of Georgia won all his fights U81kg before the time limit.
In the final he armlocked Pacek of Sweden in just 19 seconds.

Kim Seong-Jeon of Korea was a yuko down in the U70kg final match against Anne Ritt (GER) but eventually Kim won by throwing the German woman for ippon with a tani-otoshi.

Urska Gracner of Slovenia won the final U78kg by a great throw against her Croatian opponent with a text-book ippon-seoi-nage.

The final U100kg was wasn’t decided for a long time but with ten seconds to go Karl Richard Frey of Germany overcame Yacov Mamistvalov of Israel by waza-ari and won the category.