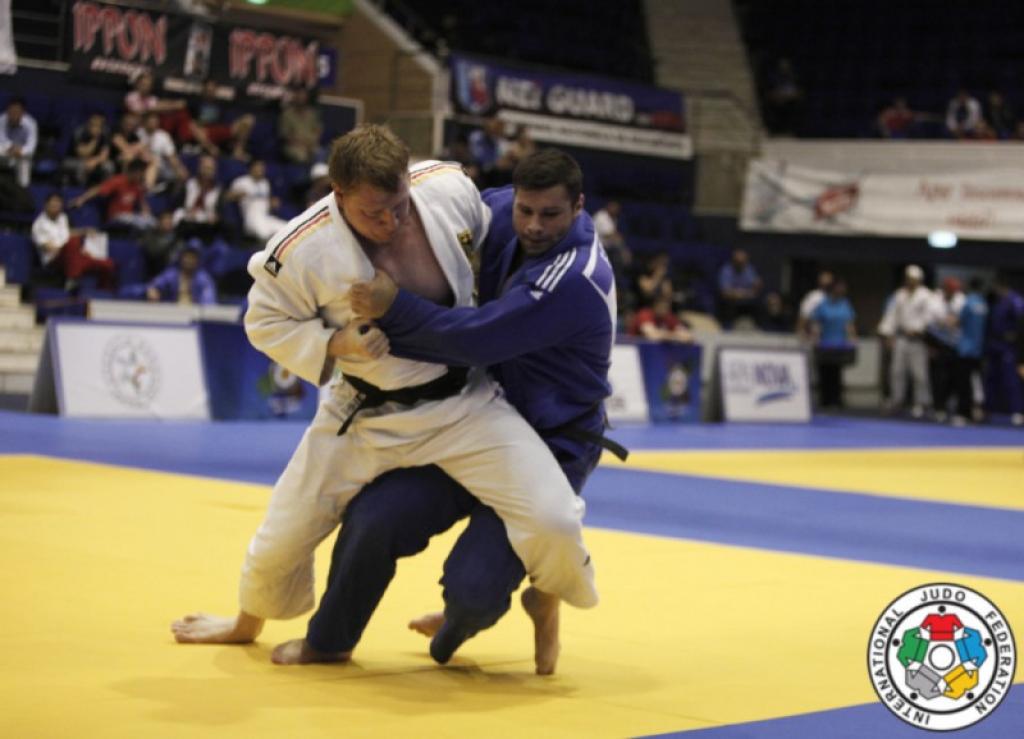 Germany has become the great winner of the European Open for men in Bucharest. The German team was able to collect another five medals at the second day after its one medal on Saturday.

In the Category U100kg it was a complete German party with Dino Pfeiffer and Karl Richard Frey in the final. Pfeiffer won the match against his three years younger opponent. On his way to the final he also defeated Philip Alcaraz (GBR) and Jorge Fonseca in the quarter final. Fonseca won bronze, Alcaraz lost his last bout against Khaybula Magomedov of Russia.

Robert Zimmermann was the winner in the heavyweight final. Zimmermann defeated Dmitry Sterkhov of Russia in the final. Daniel Allerstorfer of Austria won another medal this season. Daniel Natea received the cheers of the home crownd taking a second medal for Romania this weekend.

The German team couldn’t win the final U81kg. Despite the reputated finalist in Sven Maresch it was Belgian Joachim Bottieau who won his second World Cup in his career. His first was in Sao Paulo two years ago but in between he had won two consecutive European bronze medals and cannot be named a talent anymore. Maresch took his second medal in short time but he had already won at World Cup, Grand Prix and Grand Slam level before.

Watch the photos and review the results here.