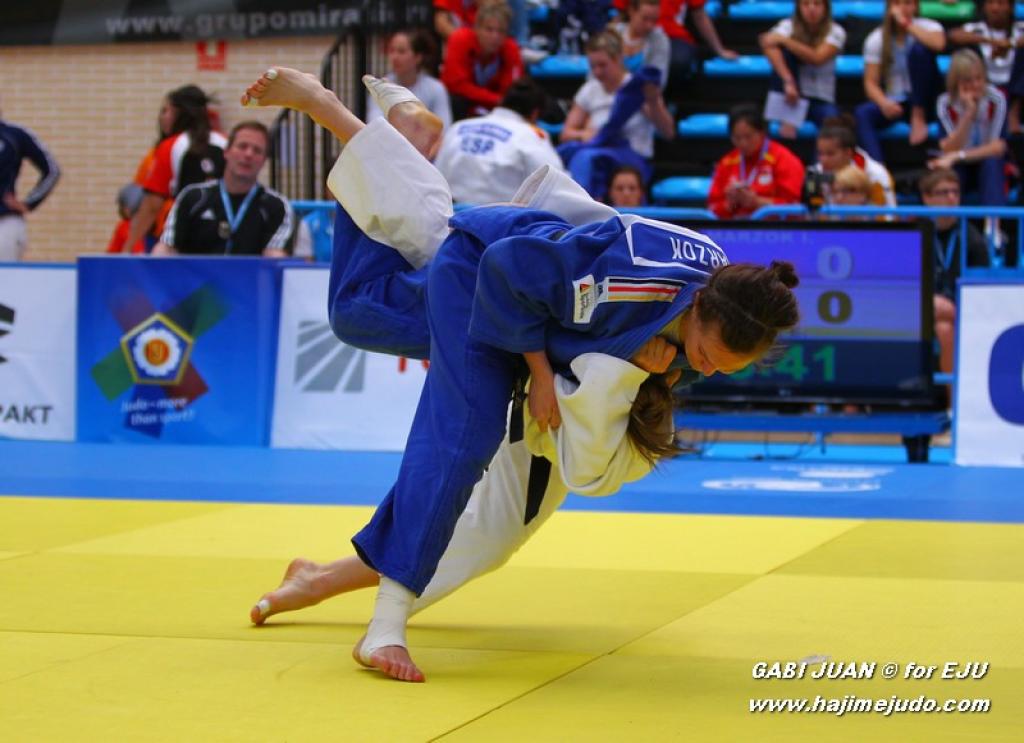 Germany has won three gold medals this weekend at the World Cup for women in Madrid. Today Heide Wollert added a third gold medal in her final U78kg against Maryna Pryshchepa (UKR). Wollert was behind quite quick in the match when Pryshchepa started off with a pin, but Wollert escaped. Wollert took over the initial speed of Pryshchepa and hunted for the gold. A minute before the end Wollert scored a waza-ari and pinned the Ukraine woman to the ground who submitted exhausted after two seconds. The hall was quite new and the temperature was exhausting for the judoka.

Luise Malzahn had lost her semi final against Pryshchepa but won bronze in her last bout against Anastasia Matrosova (UKR).

Holland won gold U70kg by Kim Polling who devastated another German finalist. But Laura Vargas Koch didn’t get any chance against polling who wanted to take revenge for her loss last week at the Grand Slam of Moscow where she gave away her match in the preliminaries against Chen Fei
Polling did well and hunted Vargas Koch with strong and powerful judo as we are used to. With her amazing uchi-mata she put the pressure up but scored with a take over, first a yuko, a little later followed by a smashing ippon.
Another Dutch, Linda Bolder won bronze after defeating Maria Portela by hantai. Earlier mentioned Chen Fei (CHN) won the bronze.

The heavyweight class between Tong Wen and Qin Qian was for Tong Wen who also won last week at the Grand Slam of Moscow. Tong is back after a partial suspension but at this moment there is no alternative available who can defeat her. She defeated Qin easily by a hold down after one minute.
Turkish Gulsah Kocaturk won bronze as well as Ukrainian Iryna Kindzerska.

Next week the World Cup for women continues in Lisbon.

Watch all photos in our gallery here:
https://www.eju.net/media/?mode=showEvent&id=624