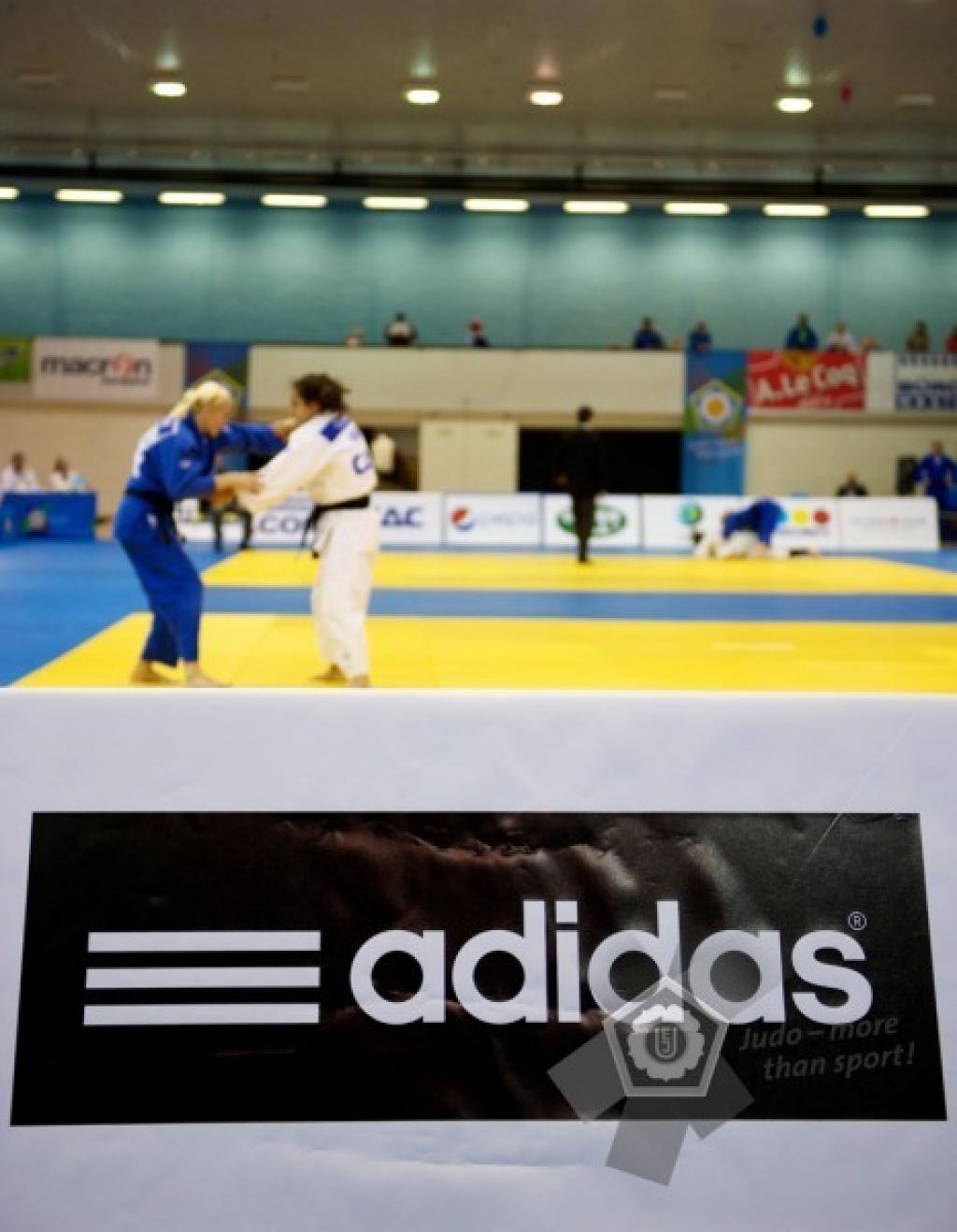 At the adidas World Cup for women in Tallinn Germany has taken four gold medals and four bronze medals. The Germans took a medal in 6 out of all 7 categories held today. Only the U63kg was not successful, it was the most competitive weight class with 22 participants. In the end it was Gemma Howell who confirmed her form leading to an Olympic spot in the British team that will be announced next week. 21-Year old Howell won a gold medal as well last week in Bucharest and today defeated Olympic participant Johanna Ylinen of Finland in the final U63kg. The bronze medal fight between the two Swedes Hermansson and Anna Bernholm was leading to a victory for Hermansson, the youngest of the two. But she gave away her lead in a splitsecond, awarded with a counter attack by Bernholm who won bronze. Hilde Drexler (AUT) did the same against Anne-Laure Poli for bronze. Poli led the match but Drexler countered with a great score.

Her compatriot Gemma Gibbons won a silver medal again U78kg but she is one of the lightest in this category and likely to be nominated for the Olympic team U70kg.

However the German team showed its strength and variety in talents because it was not the first German women’s team appearing in the Estonian capital. The best women trained in Cologne last week with the Brazilian team and the talent pool, most over U23 ladies, showed their best skills here.

Lisson defeated Israelian Gili Cohen in the final U52kg in a strong final where she led by yuko. But she gave space to Cohen who could make a waza-ari. After controlling her on the ground she led Cohen escape after 24 seconds. In the end she did take the gold medal afterall.

U57kg it was Johanna Mueller who could control the talented Tina Zeltner (AUT). The tiny Austrian had won three medals in a row at international World Cup in Miami, El Salvador and Bucharest and won her fourth consecutive here in Tallinn, but not the gold. Last week it was Automne Pavia (FRA) who defeated her, now Johanna Mueller dominated the match and didn’t give Zeltner a chance to speed up the match and didn’t allow any grip. Instead of that she scored herself and the German Champion claimed the title with Hanna Brueck on the bronze stage. Zhanna Stankevich was able to win a bronze medal after the fifth place of last week. She is one of the few female talents in Armenia.

Laura Vargas-Koch was too good for Tetyana Savenko (UKR) U70. The U70kg European U23 Champion is ready for the big work and is a future topjudoka U70 or perhaps U78 in 2016.
Lior Wildikan won the second medal for Israel.

Annika Heise surprised U78kg with a gold medal. She was able to defeat Gemma Gibbons U78kg. In the team of 11 german women Heise is the oldest, aged 25. 11 Participants, 8 medals, not bad for an ordinary Saturday in June. Ulricke Scherbarth warmed up Heise getting a bronze first in this category. Ivanna Makukha (UKR) destroyed Sviatlana Timashenka (BLR) for bronze by an excellent ippon.

France won a gold medal by Aurore Climence in the final U48kg. She is the alternative for the future as Laetitia Payet is qualified for the Olympic Games and Frederique Jossinet is also still capable of winning important medals. German Kay Kraus won bronze as well as Mariya Persidskaya (RUS).

Belarus won gold in the heavyweight category by Maryna Slutskaya who defeated Giovanna Blanco of Venezuela in the final +78kg.

Watch all pictures and review the results here: