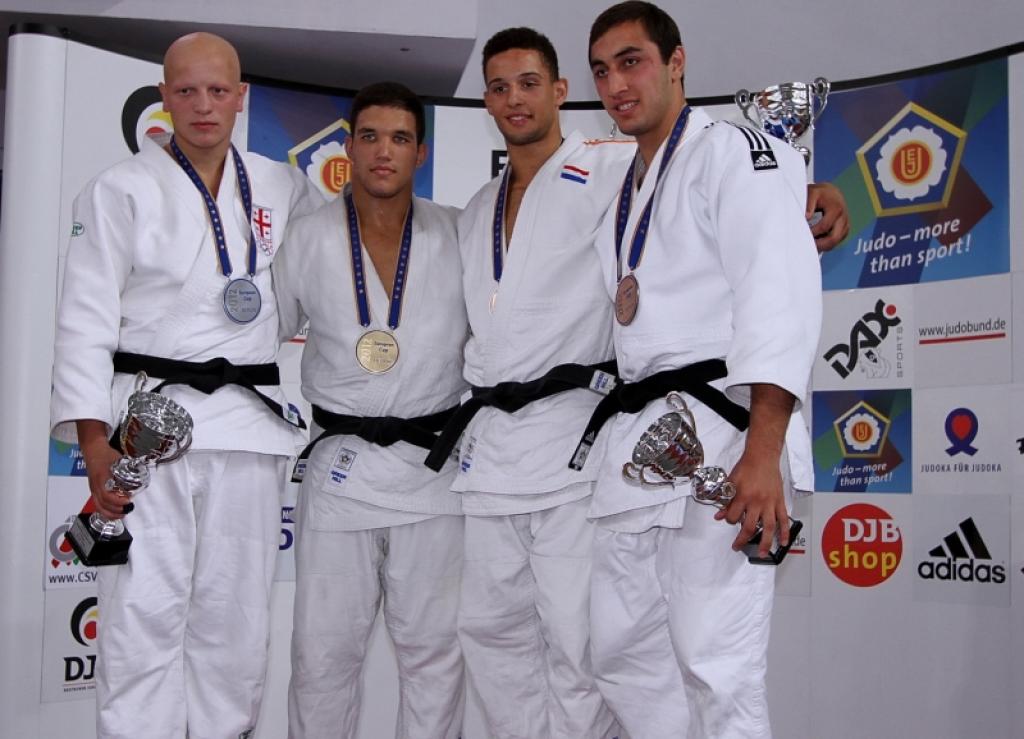 Germany has taken over the medal tally at the second day of the Green Hill European Cup for Juniors in Berlin. At the second day of the event the host nation won two gold medals. The women were responsible to take Germany at the top of the tally.
In berlin 550 judoka from 34 countries present representing four continents.

In the category U70kg it was Szaundra Diedrich who won her first European Cup. After three second places previously at European Cups, she finally managed to take the gold. In the final she beat Sanne van Dijke of the Netherlands.

Another German Dutch confrontation was in the category U78kg. Maike Ziech (GER) defeated Babette van Aggelen (NED) in the final. At the previous European Cup in Wroclaw she took the second position, as well as in Coimbra. Now she won her first European Cup. On Saturday the Dutch Floortje Stoop defeated German judoka Zwirner, so today was payback time.
Heavyweight Camila Nogueria (BRA) defeated Anna Zaleczna of Poland in the final +78kg.
Austria won gold U63kg by Magdalena Krssakova who defeated Lise Luckfasseel of Belgium.

In contrast to the German women, the German men were left with empty hands, for the first time since 1991.
Japan won gold U81kg against Alexis Ntanatsidis (GRE). U90kg Krisztian Toth (HUN) won an expeted gold medal. he is one of the favourites for the European title. He is so strong this season in his new category. In the final he defeated Rezo Tsulukidze (GEO). But U100kg Guram Tushishvili won the gold against his compatriot Giorgi Kavtaradze. Two dutch judoka won a bronze medal U81kg and U90kg.
In the heavyweight category Nabil Zalagh of France defeated his compatriot Alexis Dion +100kg. The new French challengers for Teddy Riner are trying the gain experience.

Just after the Olympic Games the EJU again completed a European Cup, the last European Cup for juniors this season. Now we can look forward to the European Championships in Porec (CRO) from 21-23 September.
The stars over the 14 European Cups were Alexandra Florian (Romania) with 4 gold, Nekoda Davis (GBR, 3 gold, 2 bronze), Célio Dias (POR 3 gold, 1 bronze), Ivana Sutalo (2 gold, 3 silver).

Watch the photos and review the results here: